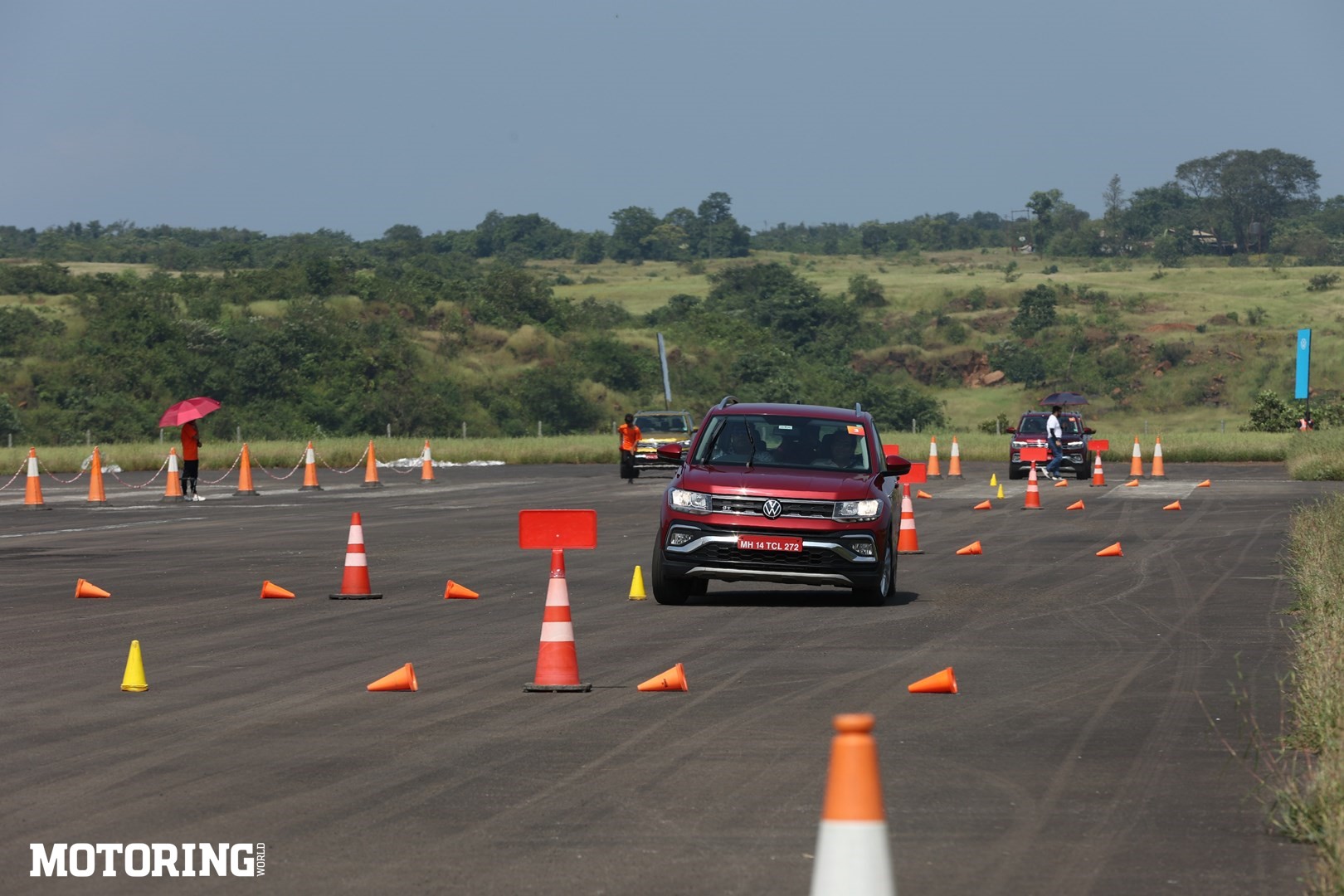 ‘Another day, another track day,’ may be the thought in some people’s mind, but it’s not something I mind in the least. Volkswagen India wanted an appropriate celebration for the one-year anniversary of the Taigun, and it arranged for a track day, of sorts, in order to do that. Of course, the Taigun First Anniversary Edition — that Rising Blue colour scheme really popped against the cloudy backdrop of green hills — was also proudly showcased at the event taking place at the Aamby Valley airstrip.

However, the cars that we were going to put through their paces were the Taiguns with the GT badge, which come with a 148-bhp 1.5-litre turbo-petrol engine, and manual and dual-clutch automatic options. I was more excited to get behind the wheel of the one with the 6-speed manual gearbox for my track runs, but I would be happy in either, to be honest. That 7-speed automatic is a shining example of a dual-clutch unit done right, which is a bit of a rarity in mass market segments. Still, I was partial to the manual version.

We found out that the airstrip had been divided into four sections — a high-speed run, a slalom test, a Moose test, and an agility circuit. I was really excited to push the Taigun hard on this track, but it wasn’t meant to be, as the monsoon season had almost refused to leave this year. Fat drops of rain started pelting the airstrip, and massive banks of clouds cut off visibility. Being unable to see the cones even 150 metres from the car meant my high-speed run was a bit of a misnomer, though I did manage to hit 140 kph quite easily before I had to rein it in.

Speaking of reining it in, the tyres and the brakes do an excellent job of shedding speed, and that’s despite the Taigun coming with drum brakes at the rear. Even multiple hard stops had little to no effect on the braking system, with fade being negligible. As I moved on from the high-speed test to the slalom course and the Moose test, the Taigun showed why it’s among the sportiest of SUVs. Dynamism is almost the Taigun’s middle name, with the brilliantly taut chassis and superb suspension setup making both these handling tests almost easy. A touch more steering feedback would have made it an experience bar none, at this price point.

Between the Moose test and the slalom pad, I found the former a bit more difficult on my first try, as I knocked two cones out. Fortunately, hitting the cones during these runs was not an issue — there was a 10-second penalty for hitting each cone during the agility test, and I was raring to get going. The falling rain hadn’t let up in the slightest — in fact, the strong wind almost made it look like it was falling sideways. Standing at the start line, I could feel the adrenaline coursing through my veins as I revved the engine to 3000 rpm and waited for the word ‘go.’ 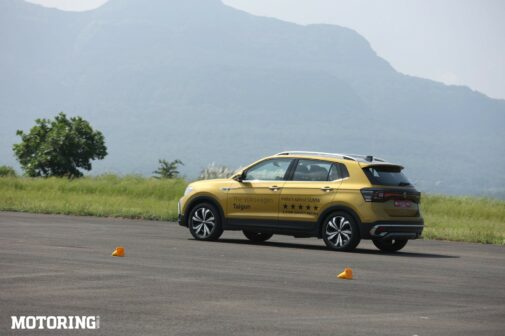 Blasting off with minimal wheelspin, I only had the opportunity to shift into second by the time I had to brake hard for the first tight right corner, which was almost immediately followed by a tight left corner. I liked that I could finally test out how my heel-toeing practice had been going, and I unleashed what I could of my skills, and the Taigun GT. This agility test was mostly made up of hard corners, with short straights, though there was one long corner (where understeer could set in if you’re not careful) followed by a high-speed bit, and a chicane at the end, which was the part I was looking forward to the most.

Powering out of the long right-hander, I could feel the ESC (incidentally, this tech is available on all variants of the Taigun) kicking in, helping to keep things shipshape as I stood on the go pedal. The Taigun accelerated past the 120-kph mark before a dab on the brakes, and a quick right-left, left me hurtling towards the finish line.

Now, we had to brake almost exactly where the cones ended, otherwise another penalty would be added to our lap times. Visibility being what it was, I let off the accelerator, and eased my way to the end, setting a 1 minute 22 second time. 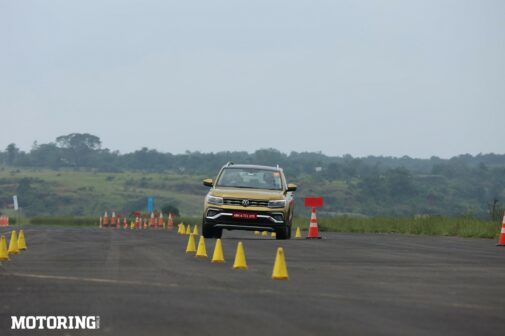 Now, that wasn’t the best time out there (the VW Motorsport guys were clocking 1 minute 14-second times in the dry), but it was good enough in the wet that Rayomand Banajee (an eight-time National Formula Racing and Go-Karting champion) commended me on it. ‘The Taigun did a lot of the work,’ I somewhat over modestly replied. And that’s quite true, as the Volkswagen Taigun — especially in this 148-bhp manual form — is probably the sportiest midsize-SUV on sale at the moment. Spending the afternoon with one on a track is a fun experience, and one that I hope to repeat, soon.