Enough and more’s been said about the XC40 so far, don’t you think? For whatever it’s worth, most of whatever’s been written and said about it has been, more or less, positive, and I’m not here to put a dent in that in the least. I just want to, let’s say, expand on those purported qualities that everyone seems to be bigging up, because there’s a lot that a week of driving a machine can teach you. Plenty of useful and, um, rather scary things, at that. 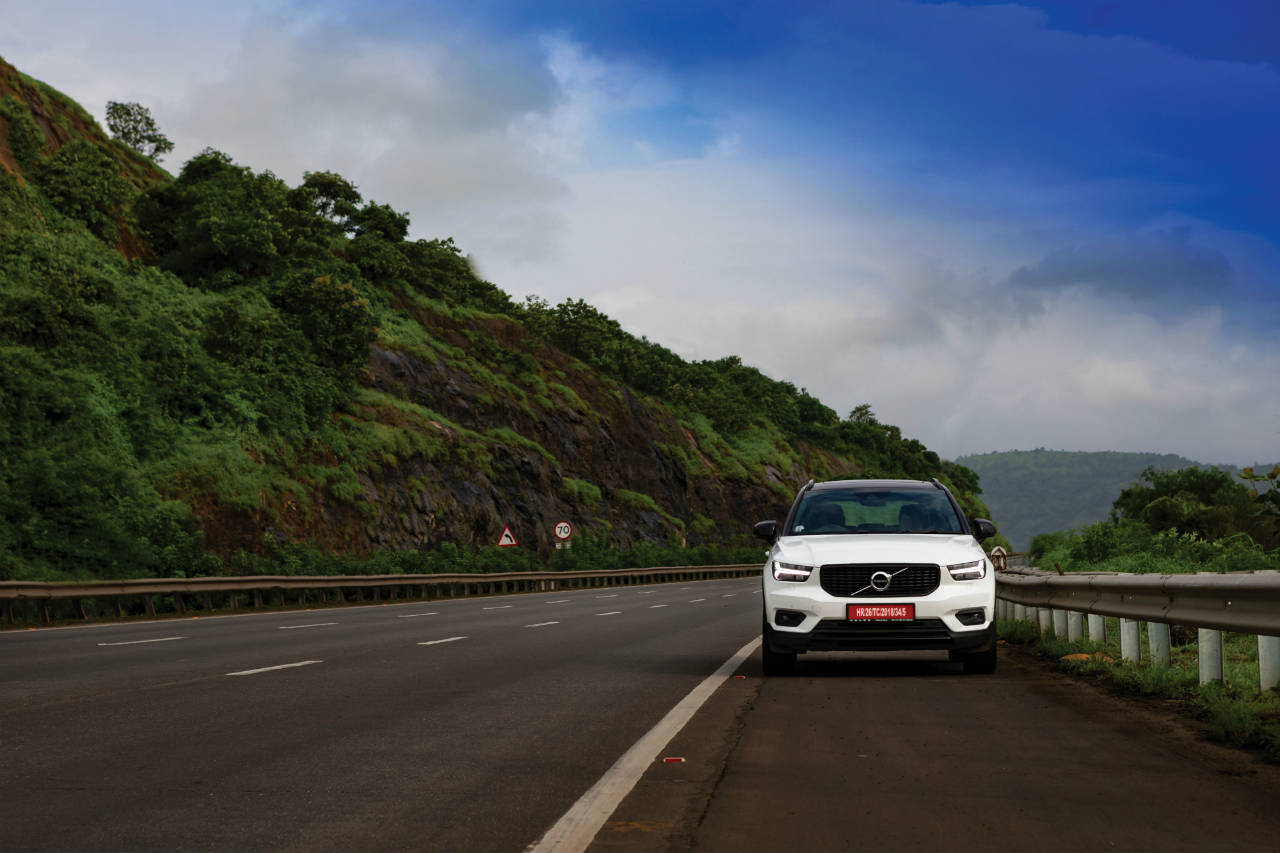 A lot of these things have to do with the active safety features that Volvo’s been very keen on pushing since the onset. And with good reason, too. Why wouldn’t it? Things like the lane-keeping assist and the active collision avoidance system are important features — on paper. Now, after reading this write up, you may jump to the conclusion that this is a rant. And yes, it is, but the direction and the intention of the rant isn’t to put the XC40 down; not in the least. I’m happy that Volvo’s bringing these unheard-of features to India at a relatively affordable price tag. It make us ready for the future and, in theory, it makes the roads safer. I’m all for that, but the key words in the last statement are ‘for the future’. We’re just not ready to accept cars like the XC40 yet, I’m afraid. 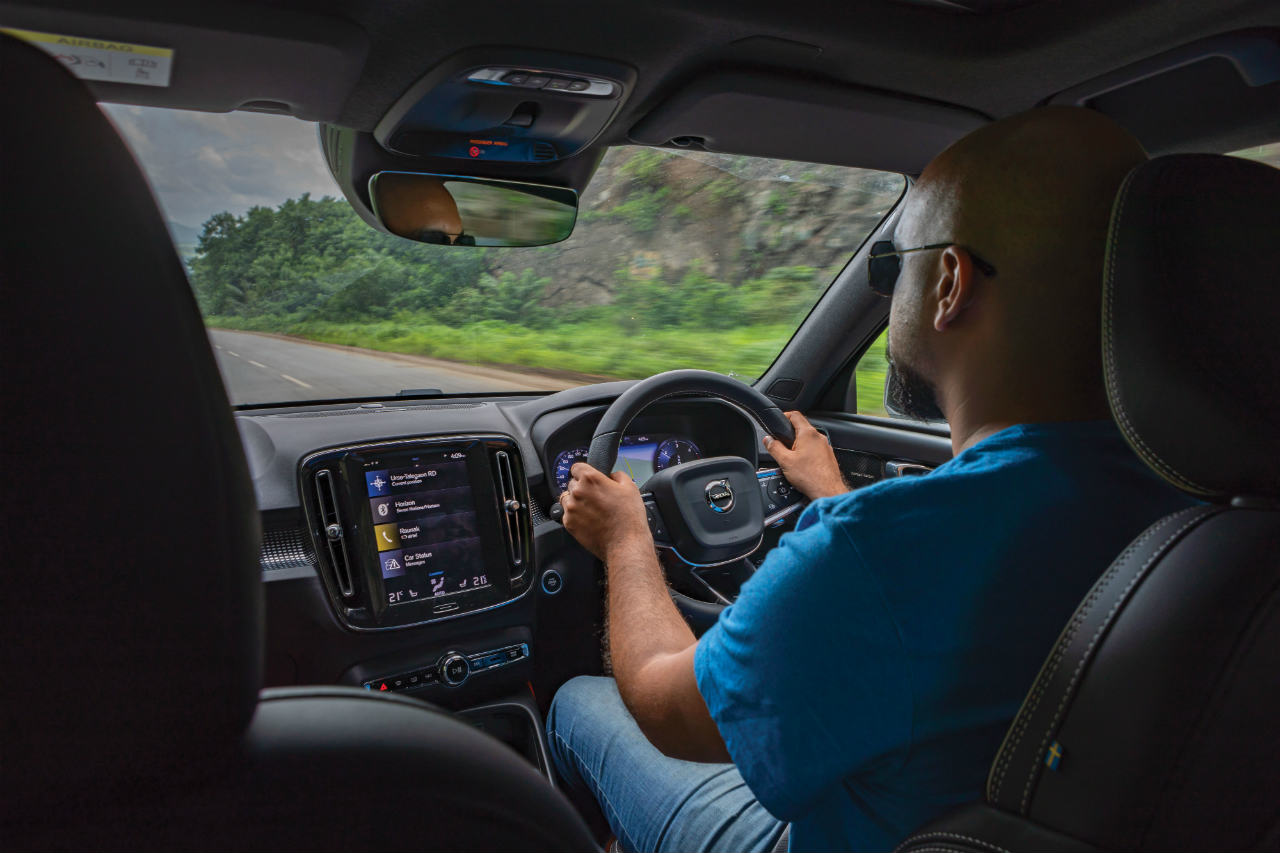 We need our infrastructure to be leaps and bounds better than what it is right now in order to accept cars like the XC40. Take the radar-based lane-keeping assist, as an instance. Say you’re driving along a highway, you nod off because of the rager you just dragged yourself away from, and the car gently begins to sway away from the lane you’re in. Volvo’s system neatly tugs the steering wheel itself in the right direction and makes a loud beep if you don’t get your hands on the wheel and steer the car a short while later. Great in theory, right? What’s not great is that we don’t have roads that can continuously accommodate a system like this. What it requires is a clear lane demarcation on the road so that the system knows which lane you should be in. I tried it multiple times and almost ended up fusing with a few bushes had I not taken charge of the steering in time.

Then, there’s an extremely innovative system that brakes for you if and when you get too close to a car in front of you. Sounds great, right? You’re driving along, take your eyes off the road for a nanosecond to fiddle with the climate controls, and in that precise time the WagonR in front of you decides to brake-test you. In theory, the car steps in, brakes hard, you look up, take decisive steering action and, there you have it, the car and you have saved the day. A quick hi-five with the car’s, um, gear-lever later, you’re on your way. Great. In practice, though, this can be unnerving. We tend to get a little close to the car in front while overtaking, and it’s a fault I have a certain shame in admitting, but it is what it is. But there were multiple occasions during which the car randomly braked itself while I was attempting an overtake that completely threw me off. And it becomes doubly dangerous when you’re on wet roads and doing speeds in excess of 100 kph, which isn’t ideal. There’s a very real possibility that the random braking can result in a very silly and embarrassing spin. It could very easily have happened to me were I even a touch less attentive while driving. It’s not just at high speeds, though, that the system gets flummoxed. In heavy traffic, it’s hard to give the cars around you too much space because everyone is driving with inches to spare. That’s just how we drive in India, currently. Again, no disrespecting the Volvo system, but it’s not meant for heavy traffic like the kind I experience in Bombay day in and day out. When the system saw fit, it braked hard to ‘avoid’ the car in front, something that was quite unnecessary because I was fully aware of just how much space there was to spare. I’m just glad that the random braking didn’t catch anyone behind me off-guard and result in a split-tailgate, so to speak. 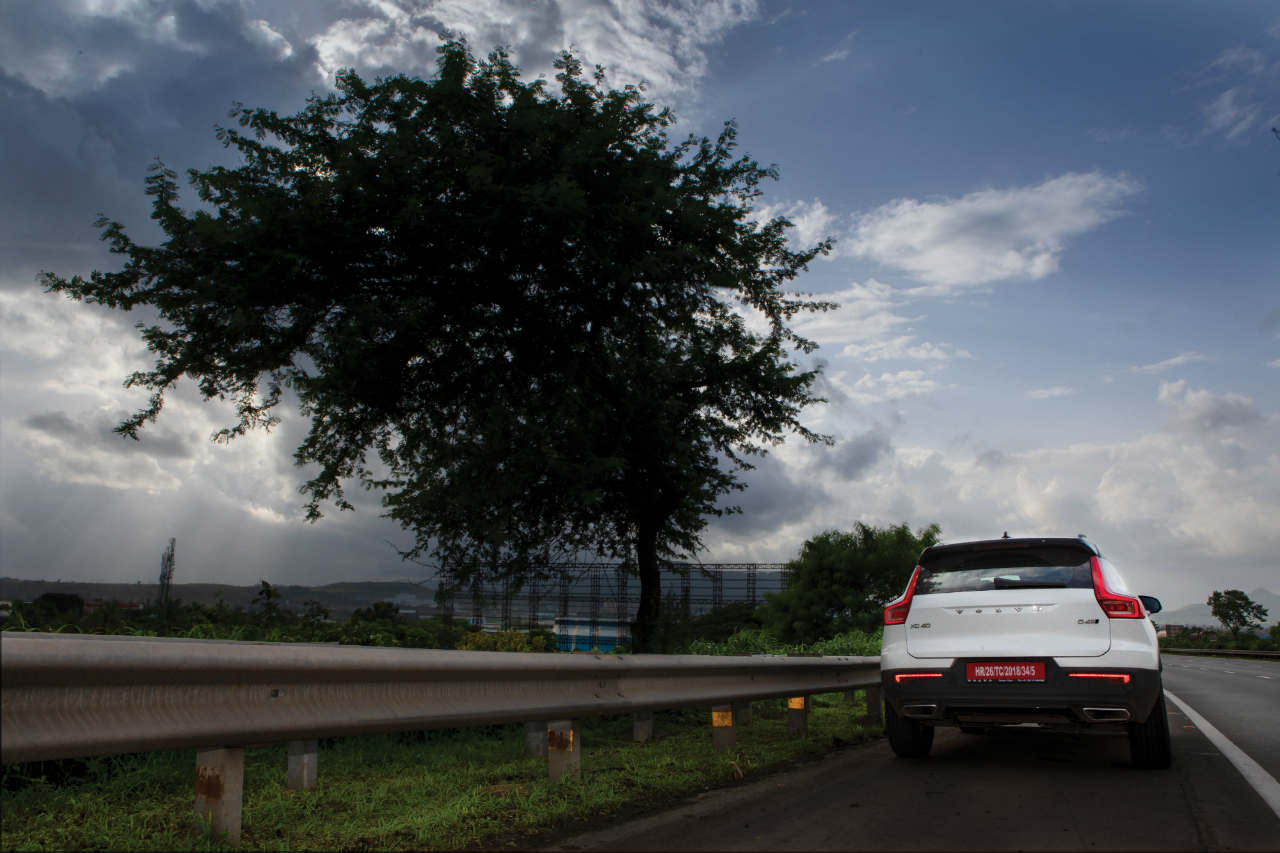 That’s my point, really. The Volvo’s safety features are great. In theory. Through no fault of its own, though, I have to admit that I was a lot more stressed than I normally would have been driving a car as expensive as the XC40 in Bombay. That, to me, kind of deters from the whole point of getting these safety features in India, doesn’t it? Yep. Get your act together, India. Our cars are getting better by the day, and you’re struggling to keep up. Shame, really.