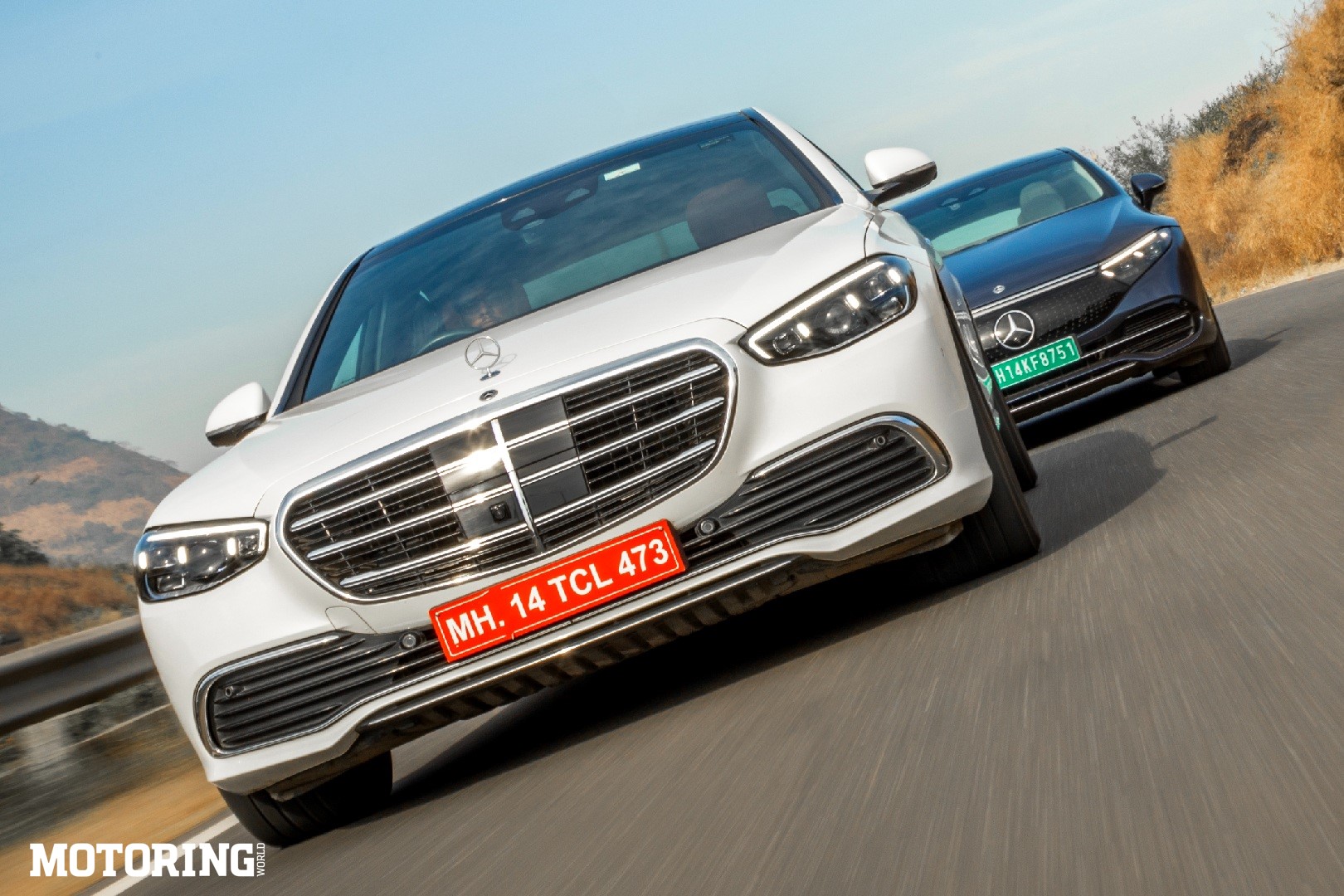 When the Mercedes-Benz EQS came on the scene, every journo was on the edge of their seat. Does it earn that ‘S’? Will the inherent layout (and the resultant space and balance) result in something that’ll be better by a good margin? At the end of the media drive for the EQS, my words were, “While it is the most luxurious EV you can buy right now, and the one with the highest range, it’s not quite at the level of the ‘best car in the world’.” I woke up one day thinking I may have done the EQS an injustice with that statement, and in an endeavour to prove myself right, one way or another, I thought a head-to-head would answer the question once and for all. 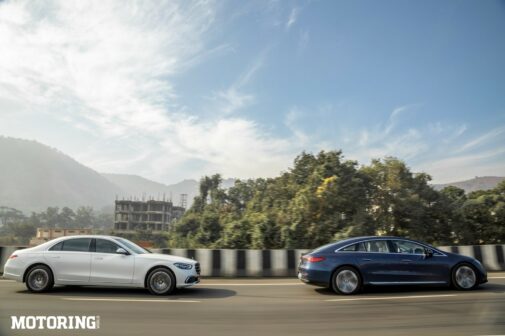 Standing there next to the S-Class — the S 350d in this case — the EQS is a picture of svelte modernity, but my initial assessment was correct. I really do like the sporty aesthetic that Merc’s all-electric flagships sedan brings — from that slippery silhouette to details like those striking LED headlights and tail lights. Still, that S-Class just speaks to me of luxury, standing there bold as brass, with its large, chrome-lined grille, and that almost bargelike form. It’s still understated, but undeniably classy and stately. Both are big cars and hide their bulk quite well, but the EQS looks outright fast and built for speed, while the S-Class’s more upright panels suggest it’s built for comfort.

It’s a somewhat similar story on the inside. Being inside the EQS, at least in the front seats, is to have one too many screens. Yes, they’re superbly integrated, and they all work brilliantly, being intuitively simple to use, but I guess I’m not wowed, more like distracted. You know what they say about screens and driving, and in the case of the EQS, that panel that covers the passenger side touchscreen sometimes does reflect the scenery outside, causing the driver to think there’s something coming out of the corner of their eye. Other than this conservative outlook towards the advent of bigger and bigger touchscreens, I have no complaints about this EV’s interior. It feels bleeding-edge, and looks the part as well.

Meanwhile, the S-Class is slightly more to my outdated tastes — it only boasts a 12.8-inch OLED touchscreen on the centre console, but has the same rather cool 12.3-inch instrument cluster — and the brighter beige upholstery feels more welcoming and plush than the EQS’s white. To me, the major difference between the two on the inside is who the car is geared towards. The EQS is definitely kinder to the driver — there’s a massage function for the front seats — while the S 350d is most certainly to ferry sirji at the back. Those rear seats are truly among the best places to be in the world as they are even better than business class seats, considering you can’t get an in-flight massage. There’s screens back here, too, three of them, but they’re smaller and don’t take away from anything. Even though overall space is more in the EQS, the S-Class feels a mite more inviting. 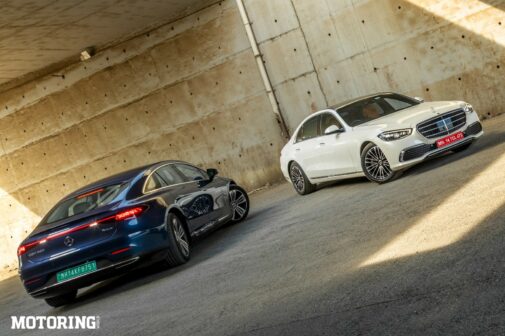 Other than being pampered by a massage, there’s not really anything lacking when you do take the S 350d’s driver’s seat. In fact, when sirji isn’t in the back and doesn’t have the valet mode on (it’s something the owner can do from their smartphone via the myMercedes app), you can easily switch to Sport mode using the button below the infotainment screen, and have a bit of fun. The refined 3.0-litre straight-six turbodiesel engine generates 282 bhp, which isn’t bad, but it’s the 61.2 kgm of torque that’s the icing on the cake. 100 kph comes up in just over 7 seconds, and that slug of diesel torque is a joy to feel.

Before the electronic nannies come in, you’d be able to make the rear step out easily. The adaptive air suspension plays its part in making the diesel-powered S-Class quite enjoyable, as does the natively rear-wheel drive setup. Yes, there is still roll — sometimes electronics don’t beat physics, and this is setup to be a luxury barge — but this barge can dance. It plays both roles quite well, gliding over some of the worst roads (with the ride height raised and some careful driving), and entertaining at the same time. 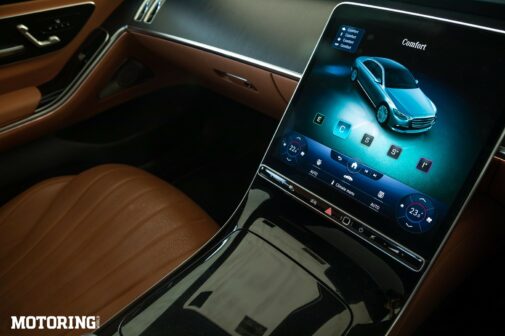 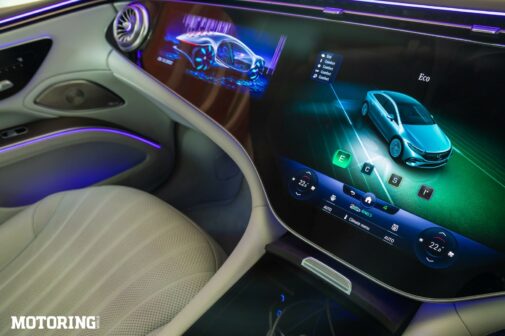 It’s strange that the EQS also does the same, but goes about it in a completely different manner. That 87.19 kgm of torque always comes gushing out the motor, but it’s so controllable that other than the chimes of the speed warning sensors, you can’t tell how fast you’re going. Sport mode will give you some of that synthetic sound that gives you a vague idea, but it’s really the scenery rushing past that tells you you’re going quite fast. It’s all so sudden — 4 seconds, and you’re at 100 kph, 10 seconds, and you have to slow down because you are most likely on a public road, and you’re not stupid enough to push that hard. 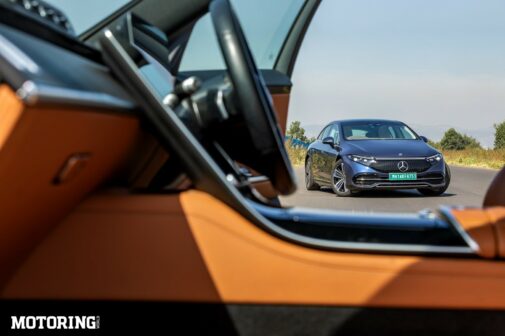 Even in its sportiest form, everything from the 4Matic+ all-wheel drive system to the adaptive suspension makes it a breeze to harness all that power, and it isn’t as scary as it probably should be to drive this quickly. It corners and brakes with a synthetic alacrity as well, always holding its near-2.6-tonne mass quite well, but never over the line of enthusiastic. The EQS is quicker (and quieter) in every way than the S 350d, but for a fun time, it’s the comparatively noisy diesel, RWD Merc that wins my vote. Considering it’s also marginally nicer to be driven around in, the S-Class still reigns here, but that may just be my traditionalist bias against EVs coming through. 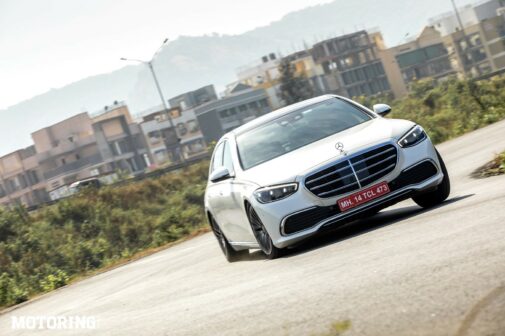 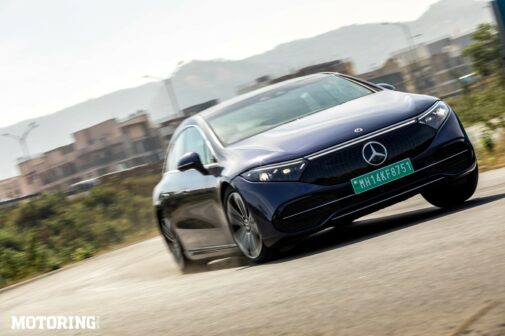 The rear-wheel steer (which was standard at launch on the EQS, and on our test car, but has now become an optional extra) is definitely worth a mention here. It helps this sleek limo’s manoeuvrability by leaps and bounds in tighter urban environs, and at speed, you can feel it help stabilise the EV when cornering hard. Another feather in the EQS’s cap is that if it’s primarily used in the city, it’ll go as far on a single charge as the S 350d with its 76-litre fuel tank, which is brilliant for an EV. 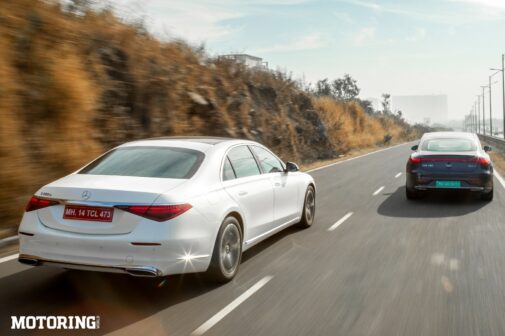 One of the greatest conundrums here is that the EQS costs nearly Rs 10 lakh less than the S 350d, which means there’s a lower initial cost as well. That’s something you don’t see when considering whether to pick up an EV or an ICE vehicle. And then there’s the fact that the EQS and the S-Class are for different people at the end of the day. The more eco-conscious will be able to forgo some of that opulence for peace of mind (and lower running costs). Whichever a buyer picks, they can be assured they are getting one of the best cars in the world.