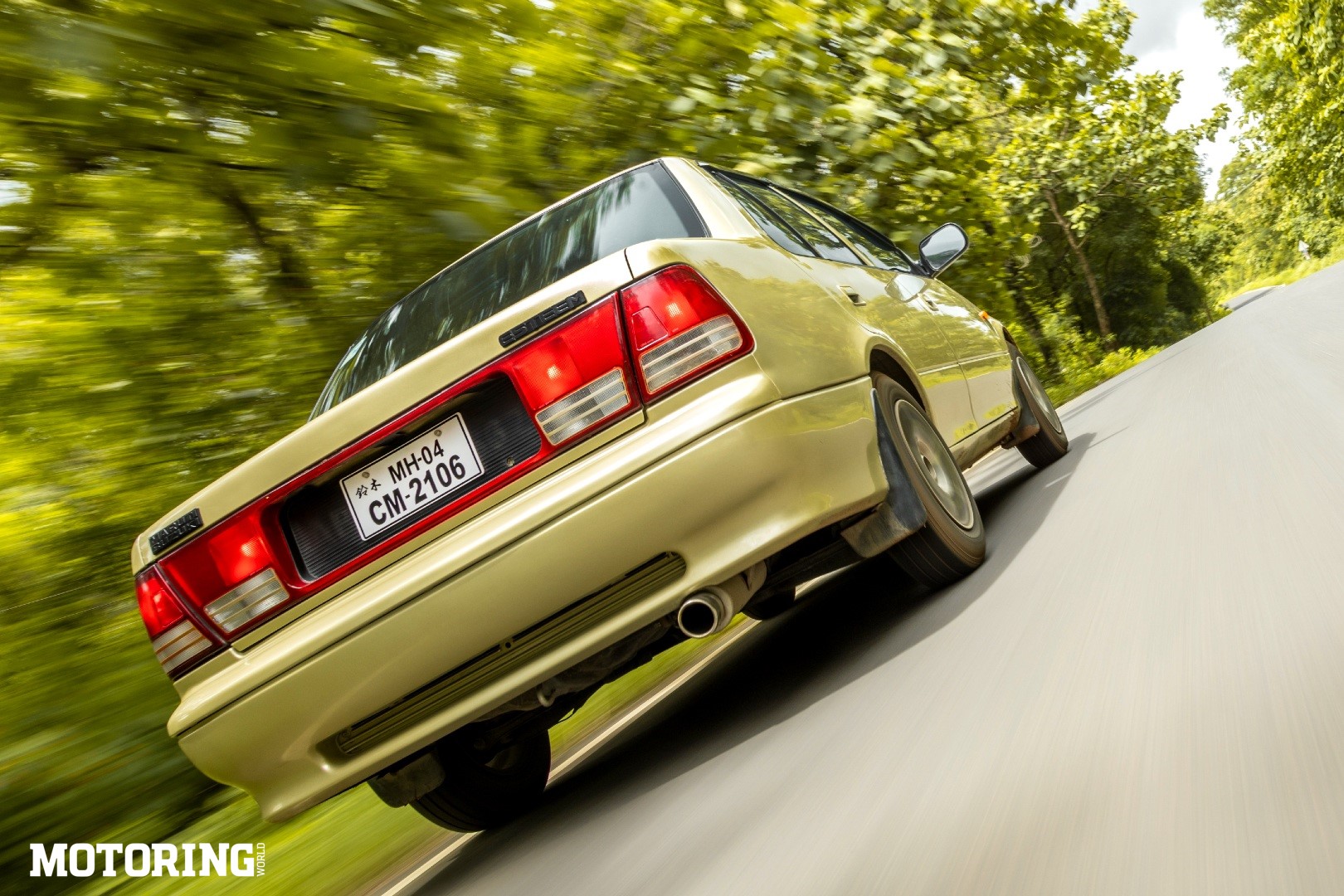 Having crossed 33 this year, there are things all around me that remind me I’m on the older side now. When I talk about cultural phenomena from the late 1990s or early 2000s, or make a reference to those times, I get blank looks, and hints about how old I am. It doesn’t help that it has been over seven years since I first got called uncle, there seem to be a much larger number of toddlers on planes, and I also now have a few white hairs poking out of my beard and hair. 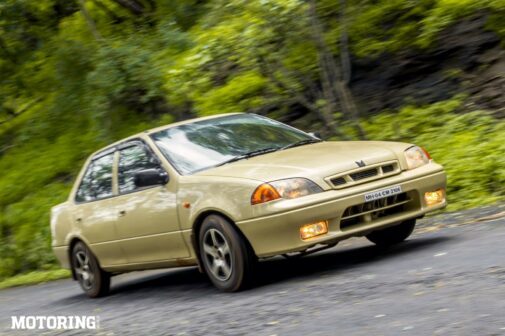 My psyche pops into irrational overdrive in bristling defence, throwing up memories of the past — and of youth — when I was the one calling people uncle. It was in one such moment just recently — triggered by a 23-year-old’s unfamiliarity with a landline phone — that, like a shield thrust forward to intercept a jabbing spear, one memory came to me. I realised it was one nostalgic moment that I could recreate today; driving to my old boarding school in a Maruti Suzuki Esteem.

Now, that was back in 1997, well before the Mumbai-Pune Expressway came up to make passage to Sahyadri School easier. The first time I went to what turned out to be the very best in education, the bus from Mumbai we were on took well over 10 hours to arrive. The first time my parents drove there (to drop my brother off in 1996), we went in a Maruti 1000, but by the time it was my turn, we had a lovely white Esteem.

For its time, this plush sedan with its superb 1.3-litre carbureted engine was the benchmark, and we felt like it was the most luxurious thing, especially when standing next to the other car we had, a Maruti 800. It was with many tears that we said goodbye to it in 2001 (we had driven it on so many school trips that the odo showed well over a lakh kilometres), but we did manage to get a new Esteem, with the fiery 84-bhp, 1.3-litre MPFI engine.

And then the love affair started all over again. This time around, we had a CD changer, into which went one CD of Micheal Jackson, one CD of Dire Straits, one of Air Supply, and one miscellaneous one, with a bevy of old-school rock. After my dad had complained once about there being too much power for the weedy 155 section tyres, I and my brother convinced him to get thicker 175 rubber, which he said made a massive difference, especially when coming to a halt.

Until 2004, that Esteem made repeated runs to drop me off at school and pick me up. I even learned how to drive on it on the school’s competition-sized football field when I was 13 years old, and I loved every inch of that hunk of metal. So, in a bid to recapture that nostalgia, I roped in Janak and Kaizad — Janak’s beautifully restored Esteem (which he graciously agreed to lend) would propel me into my memories and to school, while Kaizad would document it all from behind the camera. 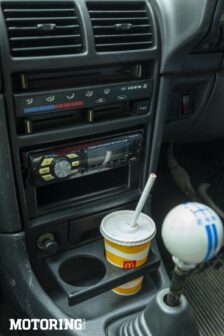 And so we set off at 6:30 am from Chembur, and our first stop was the McDonald’s just before the Expressway. Why, you ask? Well, it was tradition to grab a thick shake from McDonald’s before leaving Mumbai, and it’s a tradition I intended to keep, since this was about recreating as much of the drive to school. Just an hour-long stretch on the Mumbai-Pune Expressway gave me a whole new level of respect for my parents — my dad at the wheel, and my mom patiently sitting in the passenger seat, with two rowdy boys in the rear seat singing Sultans of Swing at the top of their voices, getting hopped up on sugar from those milkshakes. 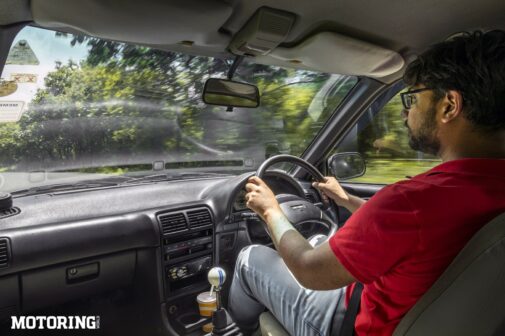 It is nearly 20 years since I had last been dropped off at Sahyadri School in 2004, and plenty has changed. For one, you can’t get a large milkshake at McDonald’s anymore, and the shakes themselves are less thick, but on the other hand, the roads are much better now. What used to be a four-hour journey to Chakan 18 years ago was accomplished in less than two-and-a-half. There’s also that we’re driving one of the best cars of yesteryear, one that was synonymous with affordable performance. 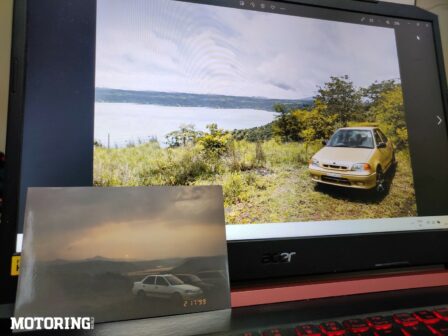 Cruising down at 100 kph is no sweat of the Esteem’s brow, but it’s especially fun in the ghat sections. You just don’t get that sort of response from any of the current Maruti engines. These older G Series units were an absolute gem — not just free-revving, but rewarding you for making those revs rise. It was something I liked even when I sat in the rear with my father driving, just because I could hear the sound the G13 engine makes. I must admit the slightly loud exhaust on Janak’s Esteem made me like shifting down a whole lot more, particularly in the tunnels. He says he’s going to dial it down a little, but I’m not sure I agree. 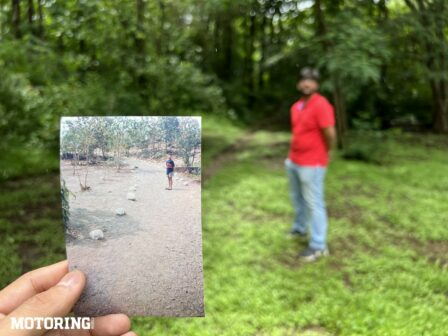 For its time, the Esteem was a seriously quick machine thanks to that 97 bhp per tonne power-to-weight ratio, and it’s not too shabby by today’s standards either. The long gearing allows you to cross 100 kph in second gear, and it still pulls hard well after a quick shift to third. I’m a fan of this lovely white gear knob Janak’s Esteem has, and I have to admit, I don’t miss the plasticky one on the car I learned to drive on. 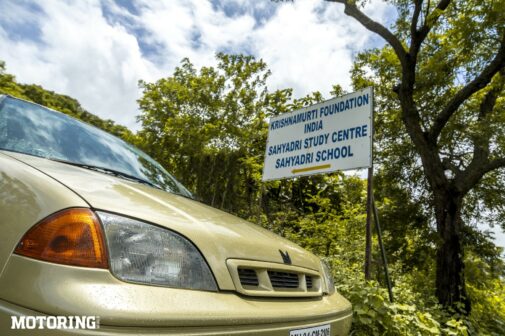 I haven’t had this sort of old-school in ages. Giving the signal to overtake, blipping the throttle hard enough, shifting down from fifth to second, hearing that four-cylinder engine howling to unleash what it can, and then, smoothly shifting back into fifth to cruise away, all the while maintaining the speed limit — excuse me but I do like to feel that again, and again. I thought I would be able to enjoy more of this as we turned off the Expressway, but the roads weren’t as empty as I remember them.

In fact, very few things seemed familiar after I reached Chakan, and turned off towards my school — incidentally, it’s the same way one takes to go to the Bhimashankar temple and waterfall. There are so many new buildings, and so much more development, that there are barely any of the landmarks I can recall that remain while travelling through the town of Chas. The road, though, is still recognisable, though it is in far better condition. It used to be like a gravel/dirt rally stage, and now it’s more akin to a slightly rain-worn two-lane thoroughfare that’s used regularly. Even here, there’s more movement on the roads. 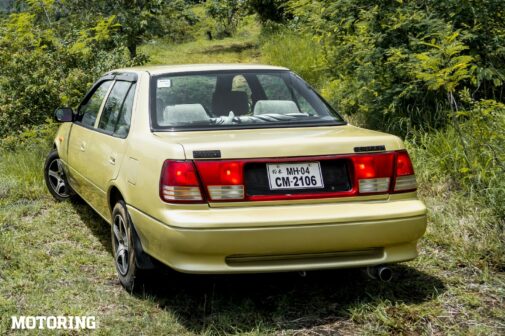 Passing the Chaskaman Dam and climbing up the side of a hillock used to be where you’d first see the school while on the road. There are stalls there now, completely blocking the view of Tiwai hill, on top of which the school is built. There are more buildings on the road leading up to the school as well, and the brilliant up and down right-hander near Shambu hill (which is adjacent to Tiwai hill and where we used to occasionally run to for PT in the morning) has to be taken quite carefully, due to a stall. 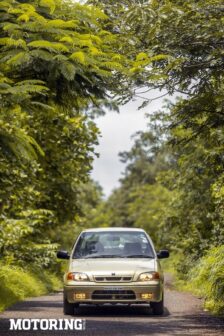 On the other hand, the road here is fantastic — smooth, curvy in all the right ways, and there are even elevations and depressions, making it a brilliant patch of tarmac, when there’s no traffic on it (which is rare, but we hit a sweet spot timing-wise). I thoroughly enjoyed pushing this feather-weight sedan through those corners, and getting a feel of why rally drivers still vouch for the Esteem. Janak said he’s going to get some bigger wheels, thicker tyres, and even trick up the suspension when time (and money) allow, but a quick and pleasurable drive will tell you this is a great stock car to mod up.

Some of that nostalgia I came looking for hits me as I drive the Esteem up the steep, narrow-ish slope that leads up to the school, but then I reach the guest house below, and there are so many more buildings here, too. ‘It’s really come up since I was here,’ I think to myself a little wistfully. It’s still as beautiful as ever, and the positive, happy energy I remember still permeates everything, but it’s not the same. 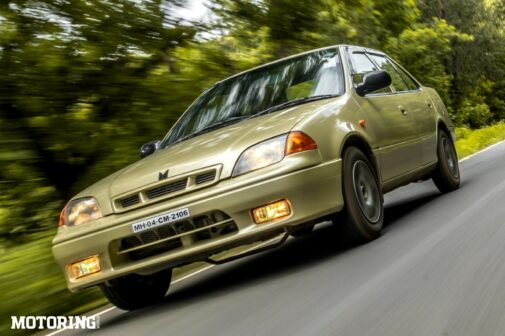 The drive back is still extremely enjoyable, but it did get me thinking. I guess, like my school, this Esteem’s going to become a little different, but still be the same. Finally, the oldster in me (see I’ve come to accept it) can see that even if some things change, they can change for the better.