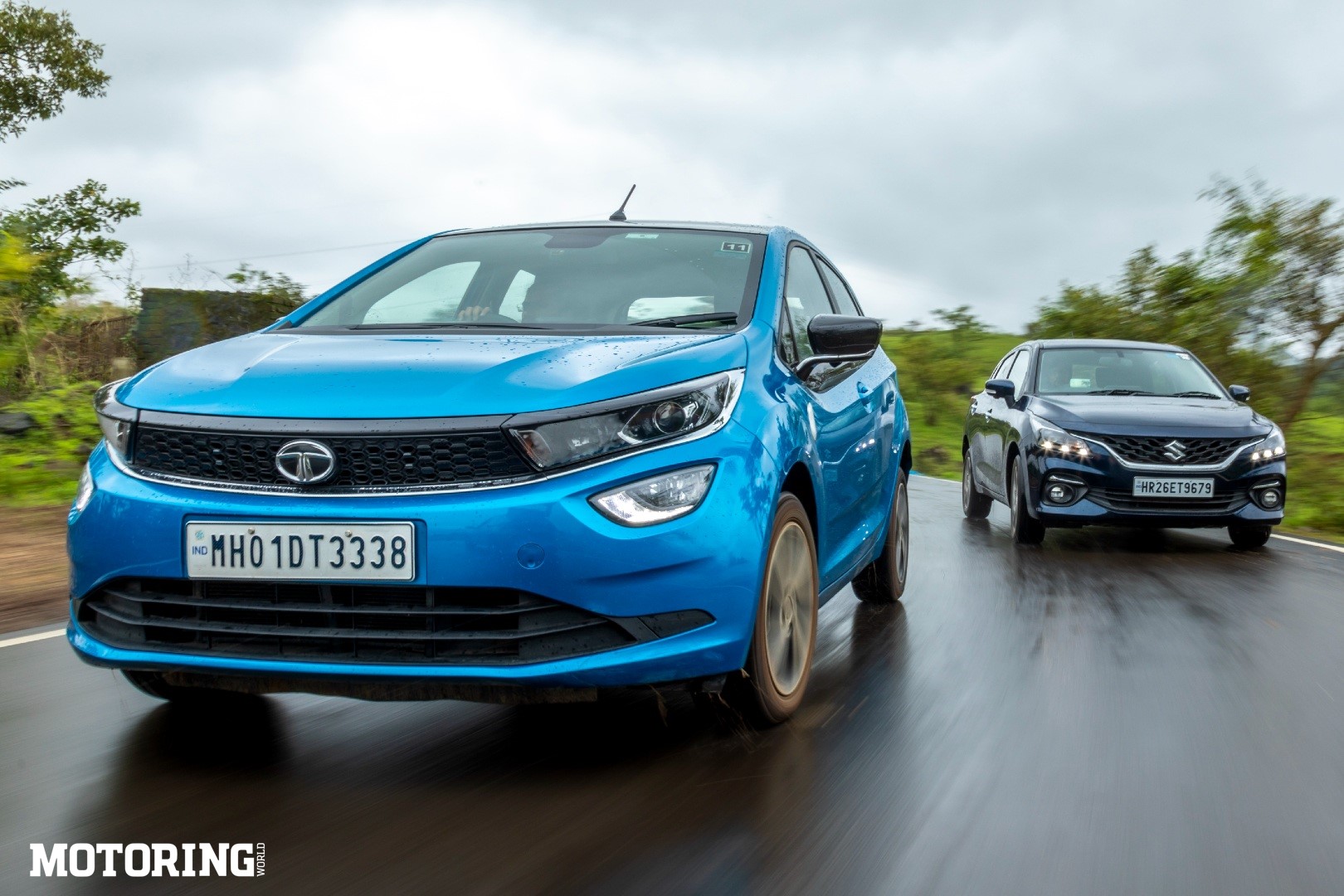 Maybe I’ve found the right people around me, but it seems like cars are always a topic of discussion during an impromptu gettogether, or a social sit-down. Or maybe it’s me projecting, but either way, in preparation for the next one, I sat to read up on a hypothetical that I’d anticipated coming up. ‘Which sporty hatchback can I get that’ll also ferry my elderly parents around, and I could potentially lightly modify, for those occasional trips to nearby beach destinations, or romps around the hills just for fun? My budget is about Rs 10 lakh.’ 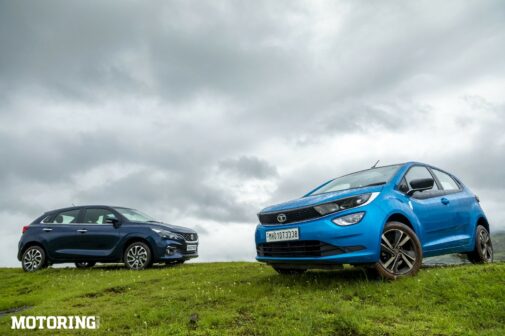 I had to do my homework for this one. The guy who would bring this up is an almost unrealistic ‘proper manual gearbox’ fanatic, so the i20 with the 1-litre turbo-petrol was off the table as it only comes with an iMT. I had always liked the Tata Altroz iTurbo, and would have recommended that, but I have, unabashedly, taken a liking to our long-term Maruti Suzuki Baleno. And that’s led to what you see here — the things I do to give my friend a well-informed opinion.

In their respective top-spec forms, both these cars are quite well-equipped, and get a lot of the basics right, like meeting his budget, getting ‘proper manuals’, and offering a more than decent back seat experience for two. The way the Altroz is packaged allows for a flat rear floor, but shoulder room would be an issue for a third passenger. The Baleno, with its squat stance, tapering light units, and an overall aesthetic that serves to widen the car, looks the part of the more spacious and high-spirited hatchback. And that holds true for the roominess, though three adults in the rear over an extended period would feel cramped.

You can almost feel some of that 5-star Global NCAP rating Tata brags about in the heft and sturdiness of the Altroz — the mature high-speed ride quality and the weighty steering (which I’ll get into later), and even in the thud of the door closing. Speaking of closing the door, if you’ve parked close to a body of water and are doing the usual leap-in, remember to pull the door with you while you do it. After one such leap to keep the interior muck-free, I found there was no way I’d be able to pull the door in, requiring a leap out, and then one back in, while holding the door handle.

Along with the easier ingress and egress due to the seat heights, the doors opening that wide were helpful when I took my elderly parents for a short drive. I can’t really recommend it if I don’t have the exact data, can I? The Baleno was also deemed comfy enough, and slightly airier, but the Altroz was the cosier of the two, helped by Tata’s Xpress Cool function.

The Baleno does feel lower to the ground no matter how low the front seat on the Altroz is positioned. That’s good for the elderly to get in and out of, but the Maruti’s lower-slung seating position feels sportier. The HUD with the rev counter and the analogue dials also help maintain the theme. I liked the simplicity of the Altroz’s part digital instrument, but it looks a little dated in present company. On the other hand, the Altroz’s leatherette front seats are better capable of supporting larger people, especially in the thigh region, though the Baleno’s fabric ones aren’t too short a step behind. 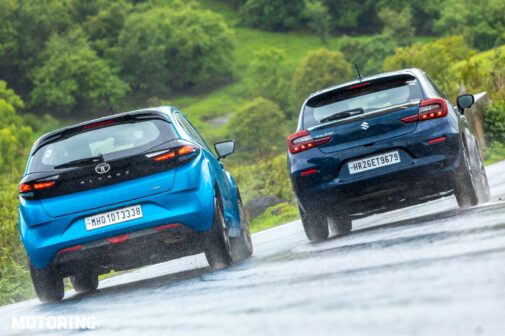 Having got that ‘great for the elderly’ bit out of the way, I took both premium hatchbacks to a nice and twisty road (adjacent to a mild trail) to see if they could tick the other boxes — from the inherent sportiness to the mod potential. Putting aside the point many make, that the Altroz iTurbo should have been the standard Altroz, the taut chassis, combined with the brilliant balance between ride and handling, do feel like they can handle much more than the 1.2-litre turbo-petrol engine can churn out in stock form. The torque has a very even spread after an initial bit of hesitation below 1500 rpm, so much so that acceleration feels too linear for a turbocharged engine. That is nice for ease of driving, but compromises on the fun factor.

I’ve always been partial to naturally aspirated engines, and the Baleno’s 1.2-litre unit has its moments. Its performance potential has been sacrificed in favour of fuel-economy numbers that leave the Altroz iTurbo asking where’s the next fuel pump. However, the K12C engine lacks the fire of the older K12B unit, and especially the passion of the even older G13 engine the first-gen Swift had. The good news is that this can be solved without breaking any emission norms and without breaking the bank. I believe this 88-bhp engine has the potential to be a great one if tuned right to negate that weak mid-range. 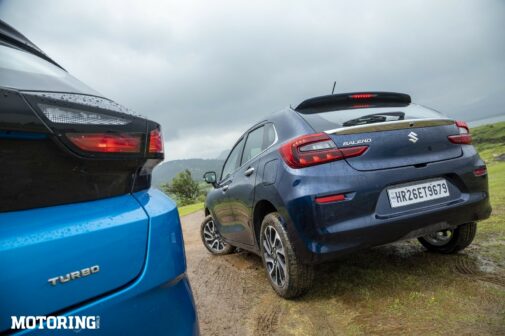 My friend’s list of mods for the Baleno would also include something to do with the suspension. It’s rather supple and soft — which makes low-speed ride brilliant — but wallows a bit under hard braking or cornering. The chassis could definitely take on the task, and you could get a sleeper on the cheap. There’s less work to do in this department in the Altroz. It feels rocksteady no matter what you throw at it, the Tata feels assured at all speeds. Sure, stiffer dampers would help the turn in, and a quicker, lighter steering might also help with feel, but they aren’t things that need to be done as soon as you buy one. 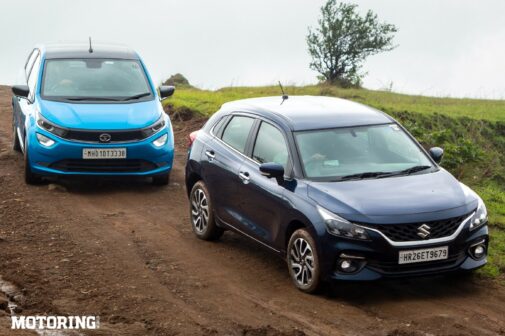 When it comes to pottering around the city, I have to say kudos to Maruti. You can use it like you would a diesel car, and the Baleno will obey beautifully. The Altroz iTurbo doesn’t quite manage that with the same aplomb, but it’s easy enough to drive. The Baleno’s 5-speed unit is slicker than Tata’s unit, too, which does make the Maruti more engaging to drive. I think the Baleno would even post a quicker 0-100 kph speed, but Tata’s thrummy three-pot turbo-petrol is quicker in-gear thanks to that advantage in output figures, and a Sport drive mode. It’s fortunate that the Altroz’s clutch action is light, otherwise, the slightly notchy gearbox does hinder that sporty image. 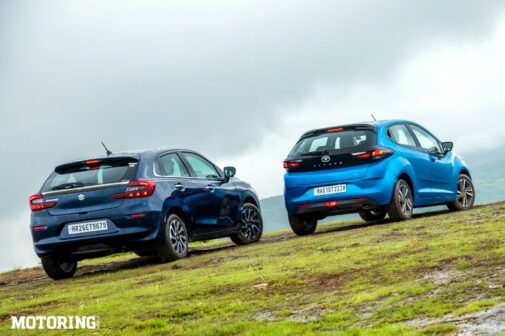 To be honest, both these premium hatchbacks offer a fun, easy drive, and have the potential to be quite exciting. Tata has managed to meet my friend’s brief a little better than Maruti Suzuki, as there’s less work to be done to achieve greater potential, and there’s enough in the way of features (I’m not sure how many people use Maruti Suzuki’s sometimes interruptive in-car voice assistant), it has the ease of use for the elderly and looks more the part of the gentle, but fierce, boyracer. All that for just Rs 4,000 more isn’t a bad deal. I know he’ll have more questions for me, but I think I’ll save those for the next one. Sigh, people’s tastes are so specific these days. That the mild offroading that we managed to do will be much harder with those suspension mods was something I needed to remember to mention.