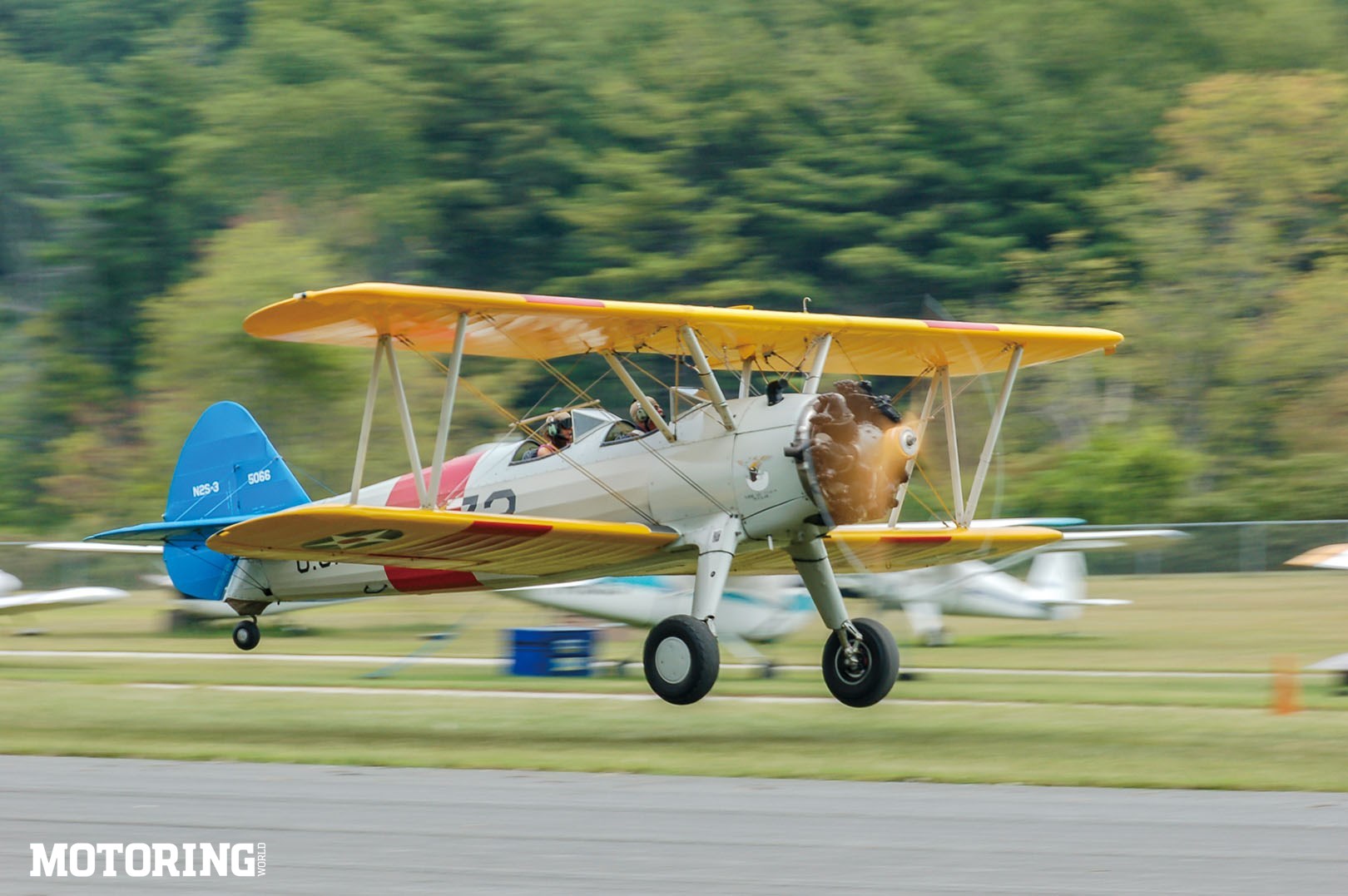 I had never heard the wind before 5000+ hours spent at the pointy end of airplanes, and I had never known what it was to feel a wet cloud on my cheek. Most of those hours had come in pretty fancy equipment, too — the world’s biggest twin-engine jet, for one; a complete carbon-fibre plane, for another, and yet if you asked me what it was like to actually go flying, I probably would’ve been struggling for words. But airline flying is meant to be clinical, you might say. All numbers and procedures and checklists and schedules and heavy equipment that was never meant to have fun in.

Also, flight training was done in airplanes that were meant to be fun though even that was never as enjoyable as it should’ve been. In fact, mine lasted three years between books that explained how giant pieces of aluminum clung on to air with formulas that went on for an entire page and instructors that probably thought of themselves as Sergeant Hartman from Full Metal Jacket. I was beginning to wonder if airplanes really were as fantastic as they are made out to be. Even the 200 hours spent bumbling around Australia in prosaic Cessna 152s and 172s and a Baron B-58s did little to help the cause and my patience was beginning to wear thin.

Until I came to Andover, New Jersey, in the hope of actually doing some ‘real flying’. The pictures on Damian Delgaizo’s Tailwheel school website promised a utopian setting with its grass runway and idyllic setting, but it was the airplanes in the hangar that had brought me here. More specifically, a 1939 Boeing N2S Stearman. If an open cockpit biplane wasn’t going to make flying exciting enough, I didn’t know what would.

And so it was with a little bit of trepidation that I stepped on to the lower wing of that Stearman. Now, it may not look it in the pictures, but the Stearman is huge! Lower yourself into that cavernous cockpit and what strikes you is the sheer simplicity of it all. All you see are big solid castings, a steel frame and fabric. The rest of the bits inside depend on how that particular airplane has been modified. This one came fitted with an electric starter and a radio. Mags on! Mixture rich! Crack the throttle a quarter of an inch, lift the guard on the starter switch, thumb the starter and the 11,000cc (yes!) seven-cylinder radial engine crackles into life. Line it up on the runway and you can barely see what’s in front of you. Actually, let me correct that — you can’t see anything but the sky that’s framed in by that tiny windscreen and the two giant wings. Tailwheel airplanes are never known for their visibility, but the Stearman must rank up there with the worst of them.

Put the power up — gently! — and the seven-cylinder racket slowly begins to transform into a radial-engine symphony. You’ve got to give the old girl a few moments for the revs to build up to 1850 rpm (big radials never revved much higher) and she starts to move in a manner that wouldn’t be too different from it’s modern-day big brothers. Now remember, that big hunk of metal is putting out a fair bit of torque that in turn, is pointing its nose to the left. Keeping it straight means you got to match that left turning tendency with a fair amount of right rudder input. Till the Stearman hits about 30 kph, it’s all wallowy and cantankerous. But this is a flying machine, after all, and once speed’s breathed life into its control surfaces, it finally starts to respond like you want it to. By 50 kph, the tail starts to rise, the airplane props up to a level stance and soon enough it becomes airborne. But don’t expect any of the ‘leaping into the air’ business. This airplane is very much grace over pace, and when it finally does do the flying thing, it’s in a manner that very clearly says, ‘I will fly when I’m ready.’

If all of the above sounds like a lot of work to get this airplane going, then that’s because it is. You see, the Stearman was an airplane that was used to separate the wheat from the chaff and it was meant to do it quick. Almost every enlisted cadet who qualified for serving as a U.S. naval aviator or in the U.S. army air corps flew this as their first airplane. The limited visibility, the narrow-track landing gear and the high centre of gravity thanks to the fuel carried in the upper wing meant that unless the pilot did what he was supposed to do, it was actually the airplane that was taking him for a ride. Master it, and pretty soon he was off to Europe or the Pacific to chase Messerschmitts and Zeros in his Mustangs and Bear Cats. But then you can read all those history bits on Wikipedia. What I really want to tell you is how this airplane flies. 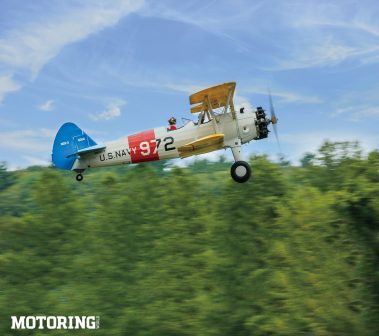 Now, the service ceiling of this airplane is around 13,000 feet and if you give it a lifetime, it will probably get there. But that doesn’t matter. It’s an open cockpit biplane, remember, so no matter how low you fly to the ground, you are just that much closer to the sky. The big Continental upfront may be 11,000cc (that’s really not a typo!), but it only puts out 225-odd horsepower. However, in this airplane, you are always flying at the speed of fun. Sitting there in that cavernous cockpit and looking down at the world go by, it is impossible to fly this airplane without smiling cheek to cheek. Instrumentation is basic. You get an airspeed indicator, an altimeter, a tachometer and a compass. But again, all of that is immaterial because sitting in that cockpit is as visceral as flying can get. Fly too fast, and the air rushing through the strut braces whistles at you to ease up. Get too slow, and the drumming on the fabric wing reminds you to push your nose down. Stalls, spins, loops or rolls — there isn’t a manoeuvre on this airplane that you wouldn’t call gentlemanly.’ 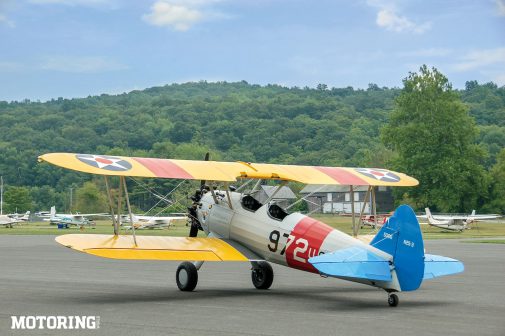 In all, over 10,000 Stearmans were built for primary training, and after the war many went on to serve as crop dusters. More than 1500 of these airplanes survive today. And it is easy to see why. You see, the Stearman was ancient in terms of technology even the day it came out. But as an airplane that’s meant to teach flying, Boeing is yet to better it.

Shreenand Sadhale is a commercial-aviation pilot. But he’d rather be giving joyrides over Mumbai in the Stearman!