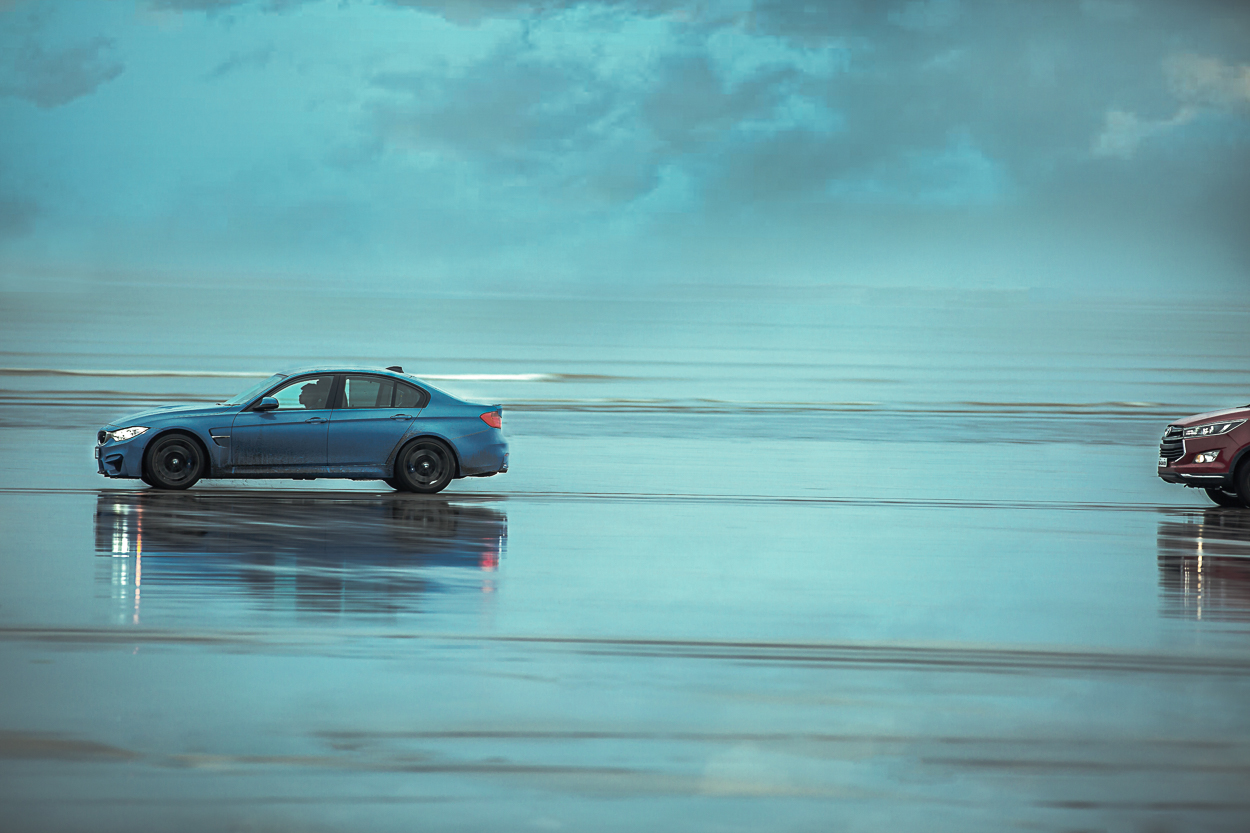 Somewhere along the way, we got confused. We carried on unencumbered, assumed everything was all right, but in the end, we just got thoroughly confused. It’s hard to think that after all the structures we put in place to avoid any form of bifurcation, we ended up smack bang in the middle of the ‘What Now?’ junction. What on Earth am I on about? 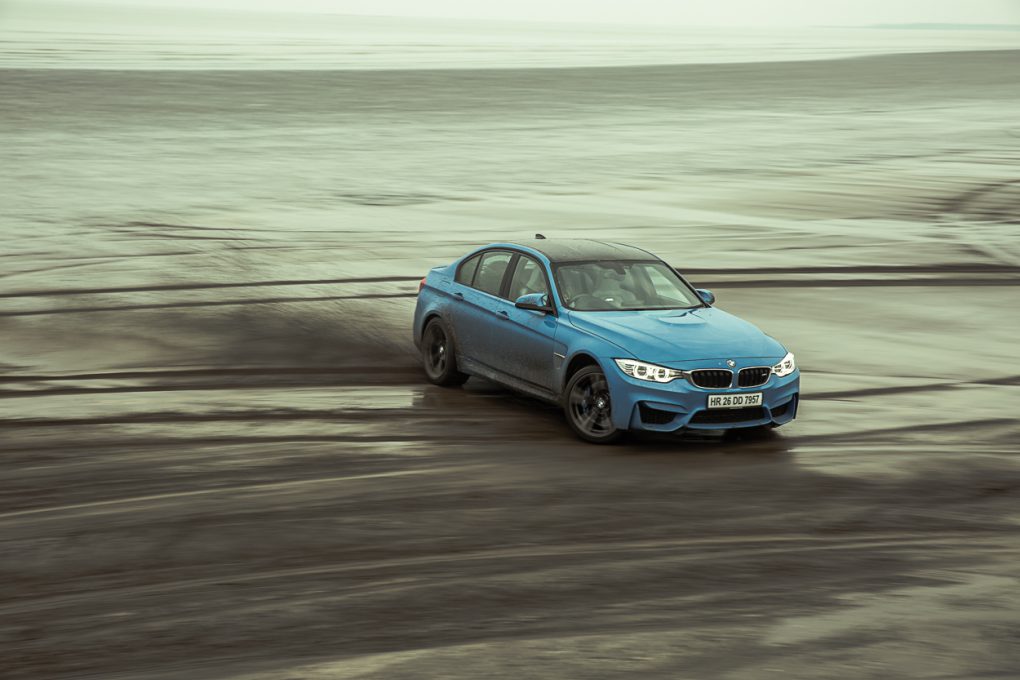 These two, of course. Why do they share space? They shouldn’t, ideally. Well, not just ideally, but by any other yardstick you can think of, too. You’d think that seeing the BMW M3 and the Toyota Innova Crysta sharing space in a story is about as likely as trying to smooth rough water with a hammer, and you’d be absolutely correct. And yet, here they are. My reasoning is simple — there isn’t one.

On that rather anticlimactic note, let me tell you a story. It has to do with tradition and a lack of respect, and an undeniable sense of entitlement — you know, the dull stuff that no one really bothers to keep up with. That is until it comes and does a ridiculous donut right in front of you and slaps you across your judgmental face. Somewhere along the way, I think people underestimated the value of a good donut, don’t you think? Anyway, the point is the M3.

Bringer of goodness and inducer of unusual feelings south of the equator, the M3 is a car that I love. Well, the M4 is a car that I love. The M3 is a car I’d love when my libido has landed me in a spot of trouble. The difference two doors can make, eh? It started off with the glorious E30 M3 way back in ’85. It looked nothing like the one you see here, went nowhere as fast, and was an absolute peach in the hands of whoever decided to drive it. I would bite an arm off for it to be mine in this day and age, even if, knowing how I am, I’d wrap it around a tree faster than you can say, ‘There are times when I feel lonely at night, which is why I’ve come up with an imaginary friend. He’s real to me, though. He makes me tea, and we have fun sitting around and discussing our plans for world domination.’

The ’85 model, of course, came with an option of a 2-door coupe body style or a 2-door convertible, whereas you can’t get an M3 convertible today. All you have is an option between a 2-door and a 4-door coupe. But I say, so be it! Bring it on with the turbo and the extra doors and the bonkers baby blue (alliteration!) shade. The current M3 is dripping with appeal, and I don’t see a more complete car in the midst.

‘There’s an Innova parked right there, you git,’ is what you’d say, and your observation powers are beautiful, I must admit. But is it, really? Is the Innova really all that complete? Let’s say you take the maximum number of people you should take in a car — four. Face it: anything more than that and you’re looking at stupidity in its face. Hire a bus instead. Anyway, so you have four people in the car. You need to make your way somewhere far like, say, Goa. If you’re starting off from Bombay, you’re looking at a good 10 hours each way. Would you, dear reader, prefer to do it in an Innova? It disrupts my faith in you if you’ve responded in the affirmative to that. Not only will the M3 get you there much faster, your passengers will feel a lot more uncomfortable throwing their guts up in the BMW (because let’s face it — there’s always that one stud with uncontrollable motion-sickness on these kinds of trips). He’d hold it in until you reach your destination out of consideration for your BMW’s expensive insides.

Then, the Innova’s got another thing going against it. Sure, it’s rear-wheel driven just like the M3, but can it really keep your passengers awake entirely? I ask solely because four sets of vigilant eyes on our dangerous roads are always better than one (I can’t be the only one who’s heard of that saying). Simply lift off midway through a corner, and watch how your passengers miraculously go from being sound asleep to there’s-a-snow-leopard-trapped-in-the-room-I’m-in awake.

Since it’s all about the convenience of the matter, can you greet your fellow passengers from the driver’s seat without craning your neck all the way back in the Innova? You can in the M3. Find a roundabout, disable all aides, employ the famous Scandinavian Flick, and simply greet your rear passengers from your driver-side window as the back of the car magically kicks out to meet you. These guys at BMW really know what they’re doing, I’ll give them that. 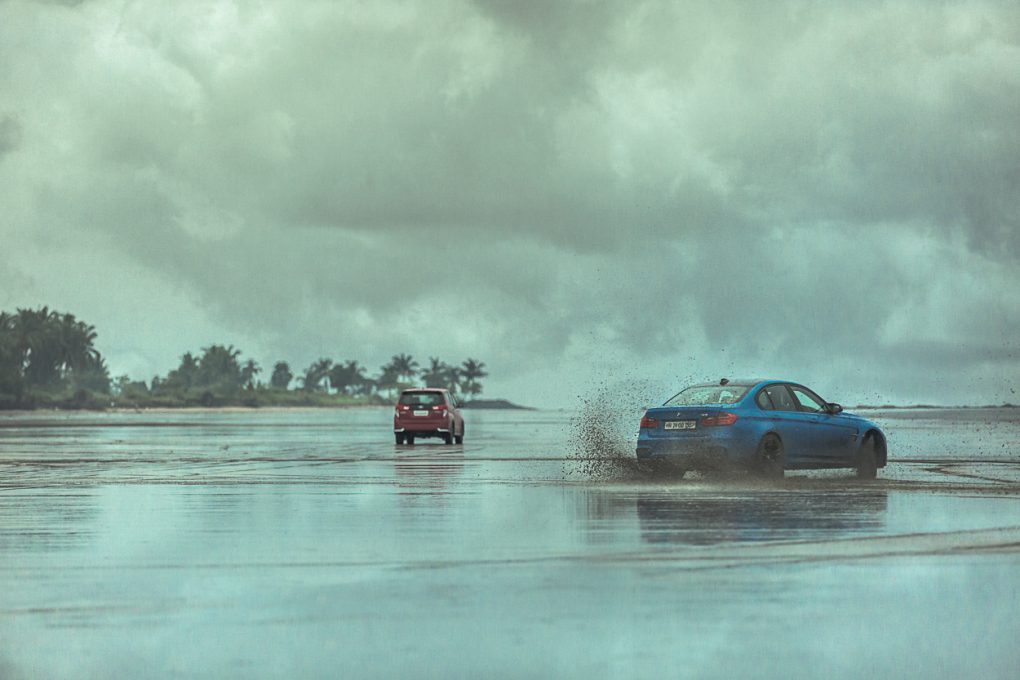 I don’t get why BMW got so much hate for going the turbo route and making the M3 the M4. How does it matter? It’s still a bloody useful car. The E90 M3 (the one before the current F80 M3), too, was considered flawed by a few unsavoury people. Don’t worry, though. These are the same people who think catholic priests make good baby sitters. What I’m trying to say is that you shouldn’t knock it until you’ve tried it, and I can assure you that you’d fall head over heels in love with the F80 M3, extra doors and turbo and all  that included.

What it will do, certainly, is make you a better driver. See, now, you can’t say that about an Innova, can you? Unfortunately, when you see an Innova, you picture a man driving it who invariably always has his mouth full while talking to you, chunks of dark green and purple flying out all the while as he negotiates a gap in the road that only a Matiz owner would dare to squeeze through in an ideal world. This is the norm, whether you’d like to agree or not. BMW M3 owners, on the other hand, are busy wiping a different kind of fluid off of their mouths, and they’re always keen on that recently-single friend’s housewarming. In effect, they don’t drive like absolute maniacs because they care about the friend’s housewarming and making it there alive. Who would you prefer being, of the two?

The M3, then, makes a boat-load of sense. It’s the answer to the question: ‘How on Earth did I get home without any underwear?’ and that, to me, sounds like a lot of fun. Maybe you could look at life a little more rationally, and maybe you could sweat it out every day, pay your taxes on time, do your laundry every second day, be in an orphanage to support the cause, not indulge in any vices, and generally just carry on with life expecting something great to come along. Or, what you can do is ditch that 8-seater, achieve instant gratification by buying an M3 today, and lose your underwear in the process. Confused? Told you so.

[This story was originally published in our November 2017 issue]