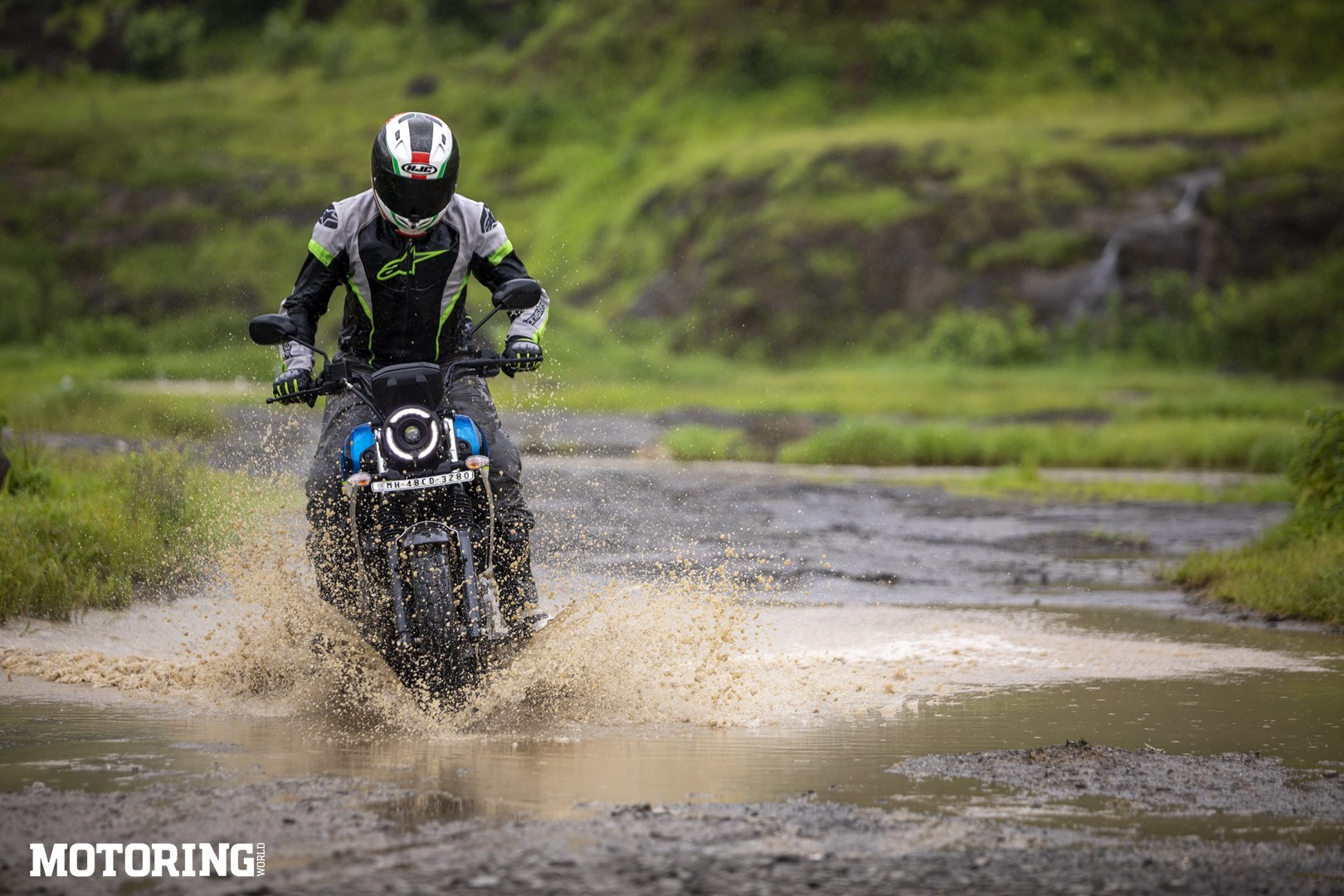 In childhood, we had moments when we wished for that one specific toy or gadget, but had to accept something else because it was either too expensive or you already had something similar to it. We did eventually move on with life, but the memory of what you once desired remained. A new Yamaha is always something to get excited about. Following the launch of the droid-looking MT-15 to India, Yamaha revealed the lovely retro-styled XSR 155 for international markets almost two years ago. Yamaha enthusiasts have been eagerly waiting for the XSR 155, and Yamaha has been listening to all the buzz about the motorcycle. However, instead of bringing in the more expensive XSR 155, the company decided to build a version of the motorcycle that would be cheaper and simpler to manufacture, based on its highest-selling motorcycle, the FZ. And that has led to what we have here, the retro scrambler-styled FZ-X. 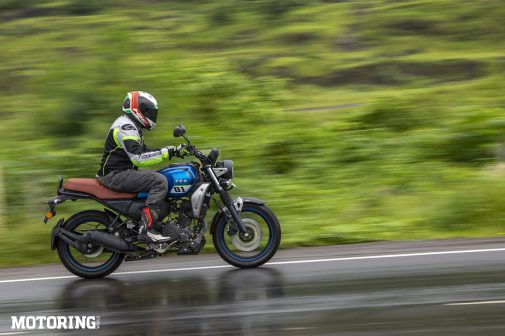 The thing is, looks are a subjective matter. But over here, the FZ-X has been derived from the XSR 155, a motorcycle that was loved by many just from the pictures doing rounds on the internet. So naturally, someone who desires the XSR 155, and has been waiting in anticipation, will not be easily satisfied with the looks of the FZ-X. The motorcycle has a rough silhouette of the XSR 155, but it ends right about there. It has a circular headlamp with a bi-functional LED followed by the large teardrop-shaped tank with a faux plastic panel running along the centre line, a pair of radiator shrouds even though there isn’t a radiator, a minimalistic tail section that’s completed with a cushy ribbed seat and a rather neat-looking LED tail-lamp. 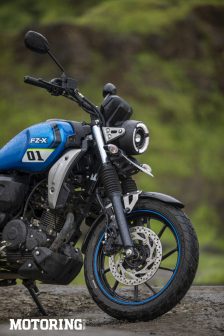 The FZ-X has been designed for the masses, so naturally you can forget about any sporty riding stance here. The seating is upright, the pegs are forward-biased and the handlebar is positioned neutrally. The seat is wide and large which is good if you plan to spend a lot of time on it. The FZ-X has an all-digital inverted display consisting of a tachometer, speedometer, eco indicator, odometer, trip meters, and other tell-tale lights. It also gets a power socket position just below the console that is easy to access and keep your electronic devices juiced up while on the go. The switchgear doesn’t shine with good quality as such, but does get the job done.

Underneath the scrambler-styled body, the motorcycle utilises the same tried-and-tested FZ platform. Not only has it made manufacturing of the bike a whole lot easier, but it has also allowed Yamaha to keep the costs low. Looking at the fuel tank you might be expecting a few stops to the fuel station, but it’s the exact opposite. Hiding behind that plastic cowling is a rather small 10-litre metal tank which is even smaller than the 13-litre tank offered on the FZ. The short front mudguard, engine belly and part of the faux radiator shrouds are made from metal which does feel good on touch; however, the basic grab rail at the back does feel cheap and neglected. It feels as if the design team started with lots of enthusiasm for the first half of the FZ-X, but lost interest by the time they reached the tail section.

On the go, the FZ-X feels just like the FZ — neutral, relaxed and composed. The 149cc air-cooled unit manages to deliver 12 bhp at 7250 rpm and a peak torque output of 1.35 kgm at 5500 rpm. If you check the power figures of the previous-generation FZ, you’ll notice that the figures have dropped, with time robbing the FZ of the peppy and torquey motor that it was once known for. So, it gets the job done and feels comfortable at speeds around 70-80 kph. Beyond that, the engine feels strained as vibrations start to creep in mainly at the ’pegs and handlebar. On maxing out the powertrain through all the five cogs, the FZ-X does manage to breach the 100-kph mark before topping out  at 110 kph.

The bike feels confident around corners, but don’t get too carried away with aggressive lean angles; the dual-purpose MRF Revz tyres don’t take it that well. Off the road, where the terrain is more of ruts and gravel, the tyres provide the confidence to have some fun if you wish to. However, the wide profile of the tank does come in the way with a not-so-comfortable position to grip the tank with the knees. Back on the tarmac, the FZ-X is better at cruising rather than chasing speed. With upward inclines or for overtaking, a downshift or two is necessary along with a good twist of the throttle to achieve the required pace. The ride quality is not bad, but isn’t great, either. The suspension has been set slightly to the stiffer side in comparison to what it is on the FZ. As for the brakes, it gets discs at both ends which do a fair job of shedding speeds. The front is ABS-equipped which makes it easier to grab a handful of the brake even in low-traction conditions. 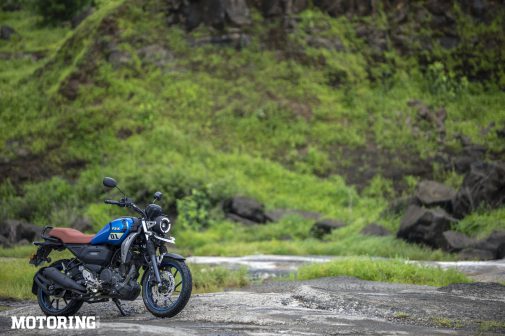 In conclusion, if you are keen on an everyday motorcycle that can sail over bad roads, has got a distinctive design, and offers a relaxed and frugal experience at the end of the day, the FZ-X can be your pick. But then, if you have seen the XSR 155 and are expecting an experience anywhere close to that, it would be better to look at other options that are closer to what you’re seeking.