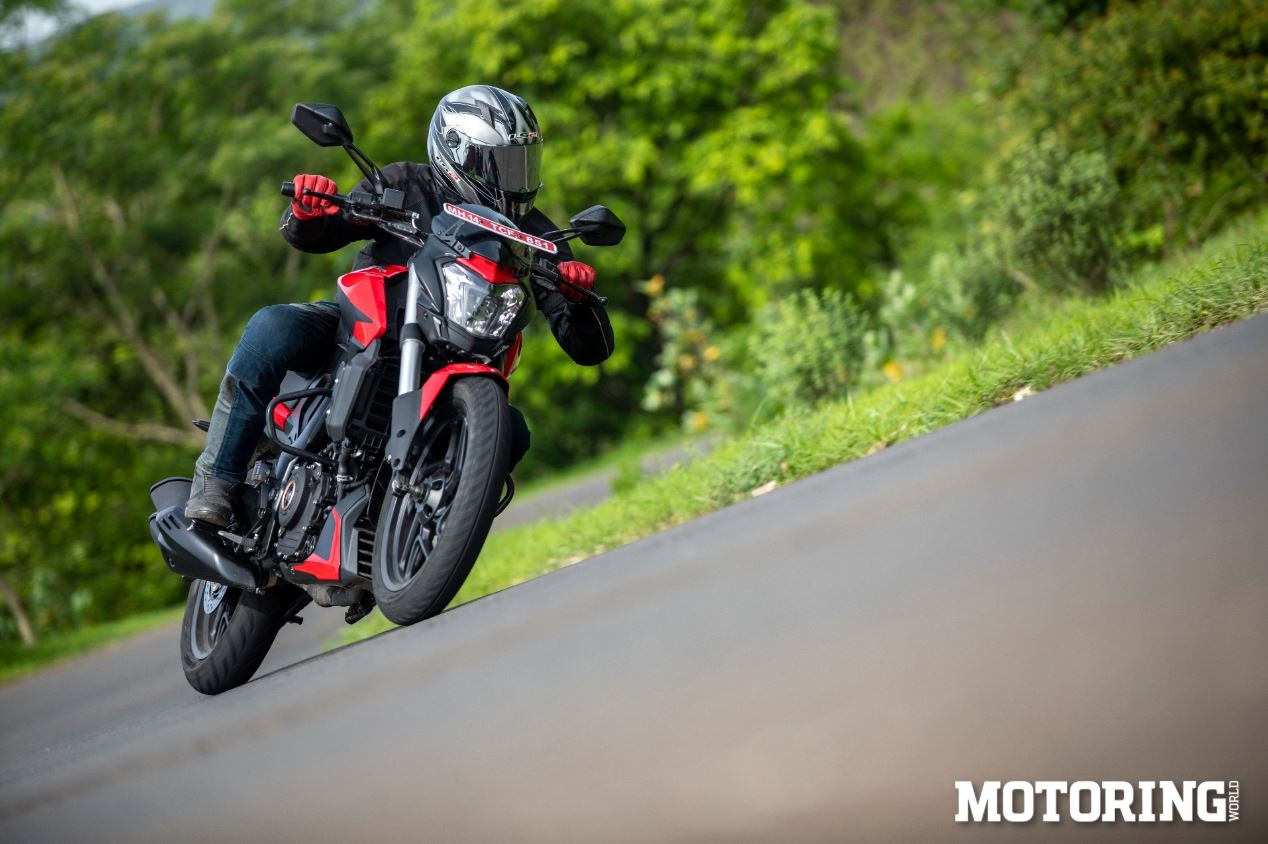 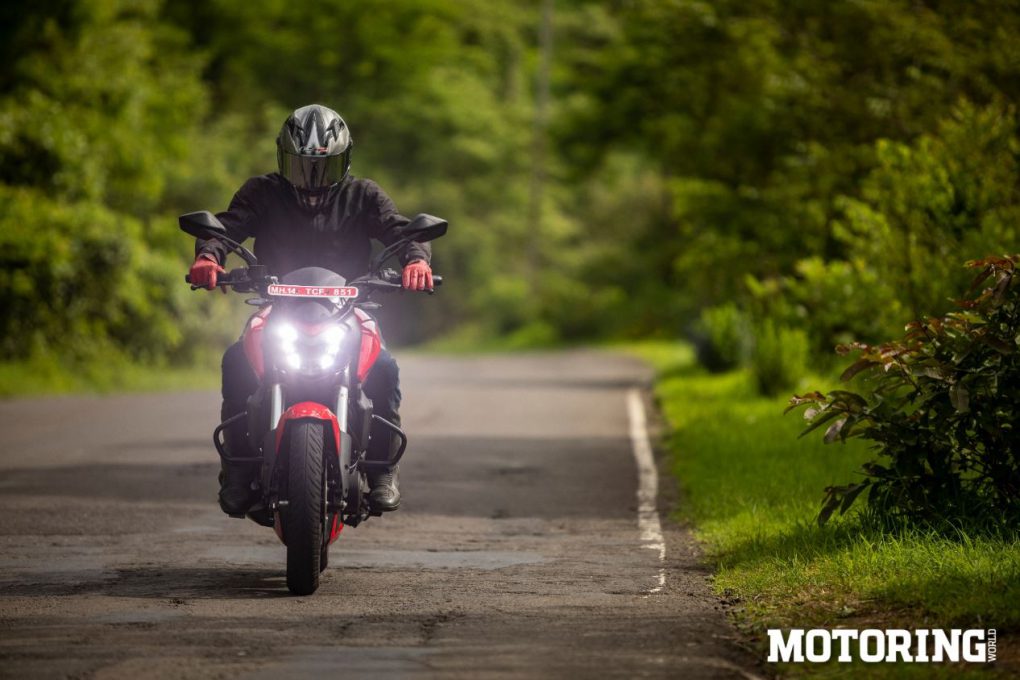 We all know the Dominar 400. It’s Bajaj’s flagship that aims at redefining what touring means, making the power-cruiser category accessible to Indian motorcyclists, a sporty option to cover long distances. However, not everyone necessarily wants or needs the biggest displacement around. A downsized Dominar makes a lot of sense, with its attendant benefits, and the Dominar 250 looks like a win-win situation for both Bajaj and riders as well. 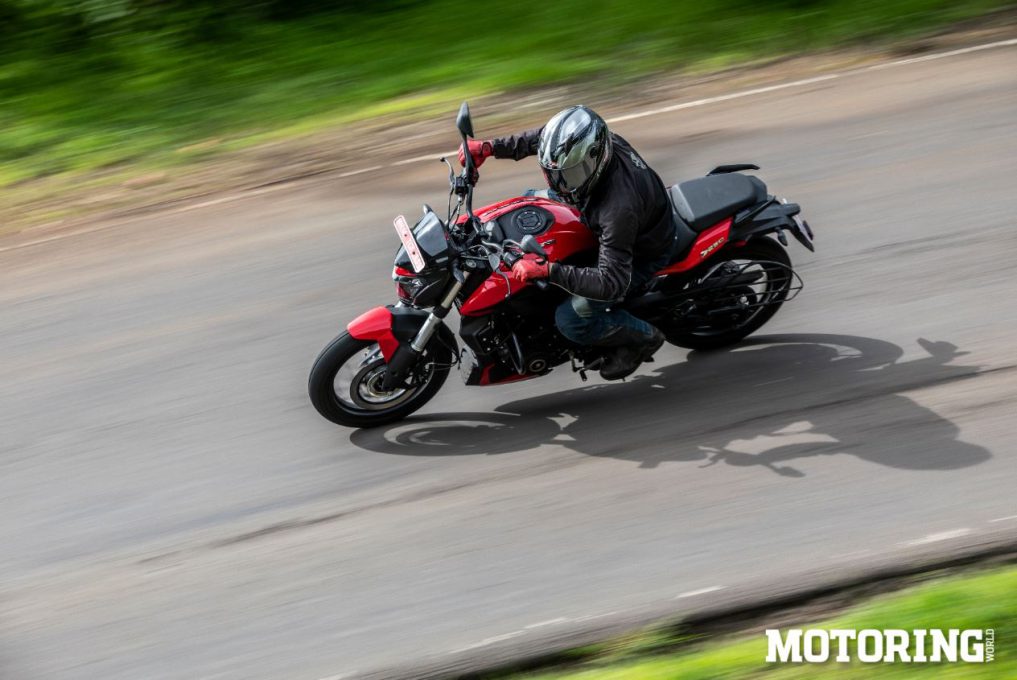 Now we all know the Dominar 400 is a handsome-looking motorcycle. It has a beefy stance with well-proportioned lines that give it a distinctive character. Manufacturers usually omit some design aspects in smaller versions of bikes, which leaves them somewhat malnourished. But that isn’t the case with the Dominar 250 as it portrays the same personality as its big brother, which is a great thing. If one had to point out the differences, they’d just be the different badging on the tail panel, and the eye-catching new Canyon Red livery. 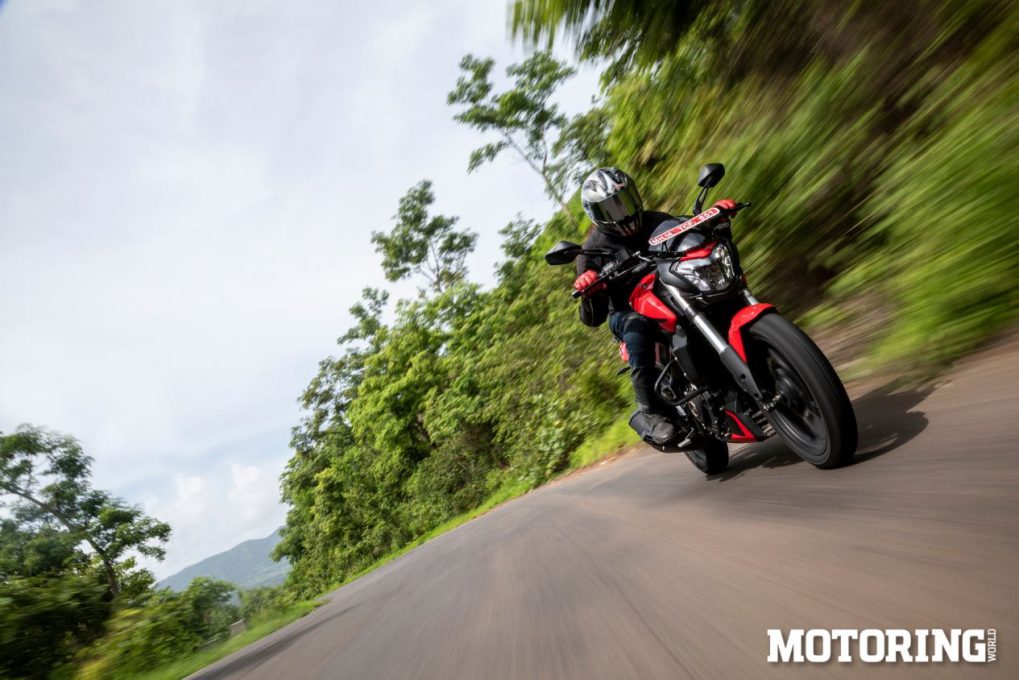 The Dominar 250 also carries over all the goodies like the split instrument console, dual-channel ABS, and the signature all-LED headlamp, that make it a fantastic package, all with a powertrain derived from its KTM cousin, the 250 Duke. For a spec check, the Dominar 250 manages to pump out 26.6 bhp, which is only 3 bhp less than the Duke; maximum torque is also less by a negligible margin. Speaking of specs, unlike the Dominar 400 which has Bajaj’s triple-spark-plug setup, the Dominar 250 does the job with just two. And honestly, I think it’s a measure that Bajaj should have considered at the time three spark plugs in a motor were first introduced. 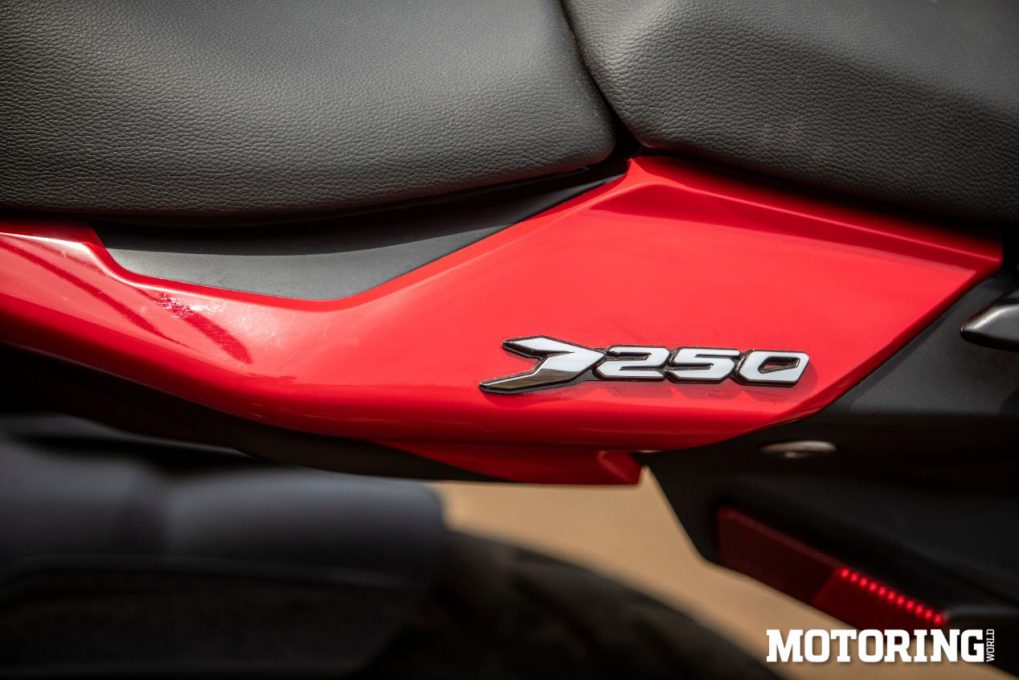 So how does it ride? Simply put, just like the 400. Making the best use of the perimeter frame, accompanied by the upside-down forks and the gas-filled monoshock at the back, the Dominar 250 rides as if it’s on rails. The lesser power on offer does not make the bike sluggish or underpowered on the go. In fact, that comes true due to the strong grip from the two contact patches that inspires confidence to take the same corner faster the next time. This allows a lot of freedom to have fun on a motorcycle without being intimidated by a surfeit of power. 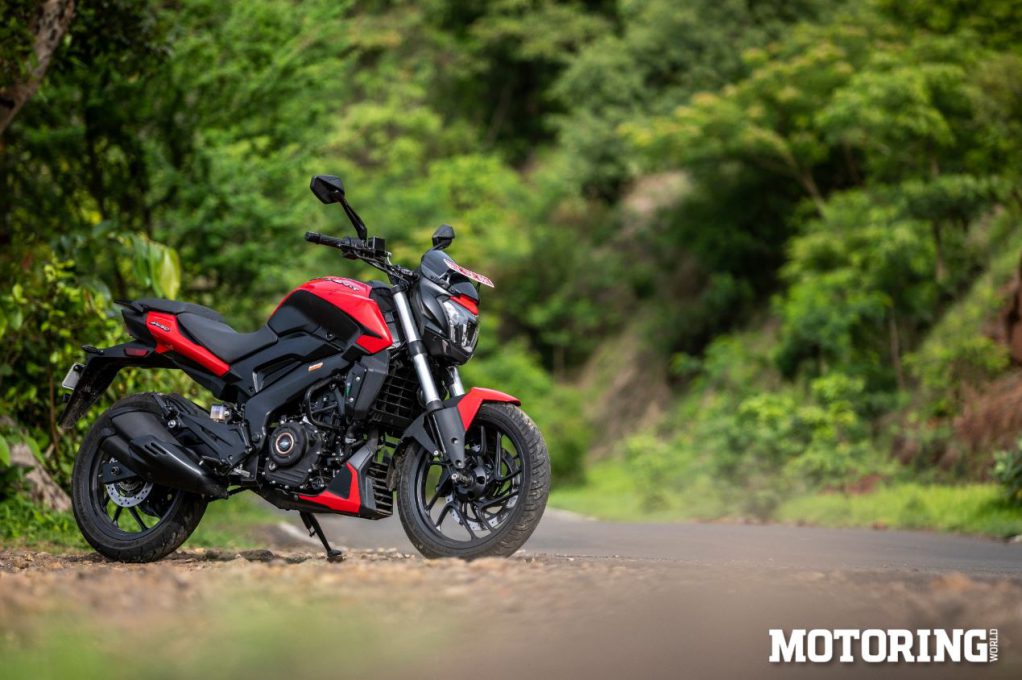 Now, I did feel the initial acceleration on dumping the clutch was a bit slack, but that’s just me and even then it’s a small compromise. And nothing that big handfuls of throttle can’t cure. From the confines of the city to the outskirts where the roads open up, the Dominar 250 dealt with all conditions with complete finesse. That reminds me of its fantastic brakes; using the 400’s setup, they perform like huge anchors that bite into the ground for quick stops. Furthermore, the feedback also allows you to modulate the pressure to tackle the changing road surfaces with ease. 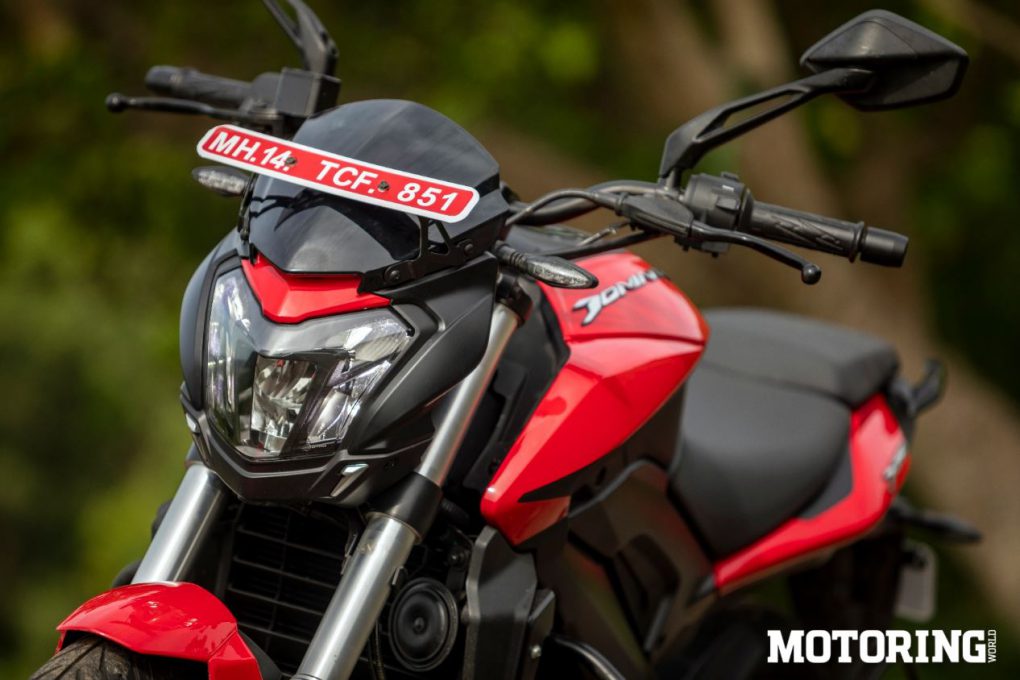 Summing it up, the Dominar 250 is definitely an option to consider for those who want a fast motorcycle at a more accessible price. It has enough power to keep you entertained along with sharp dynamics, thanks to its premium cycle parts, and it makes for a well-rounded riding experience. Simply put, the Dominar 250 is a fantastic introduction to a powerful machine that lets you understand how a fast motorcycle behaves, reacts and most importantly it gives you a healthy dose of fun. For a lot of people, it might be all the bike they need. Not what you’d expect from a smaller version of a bike, right? 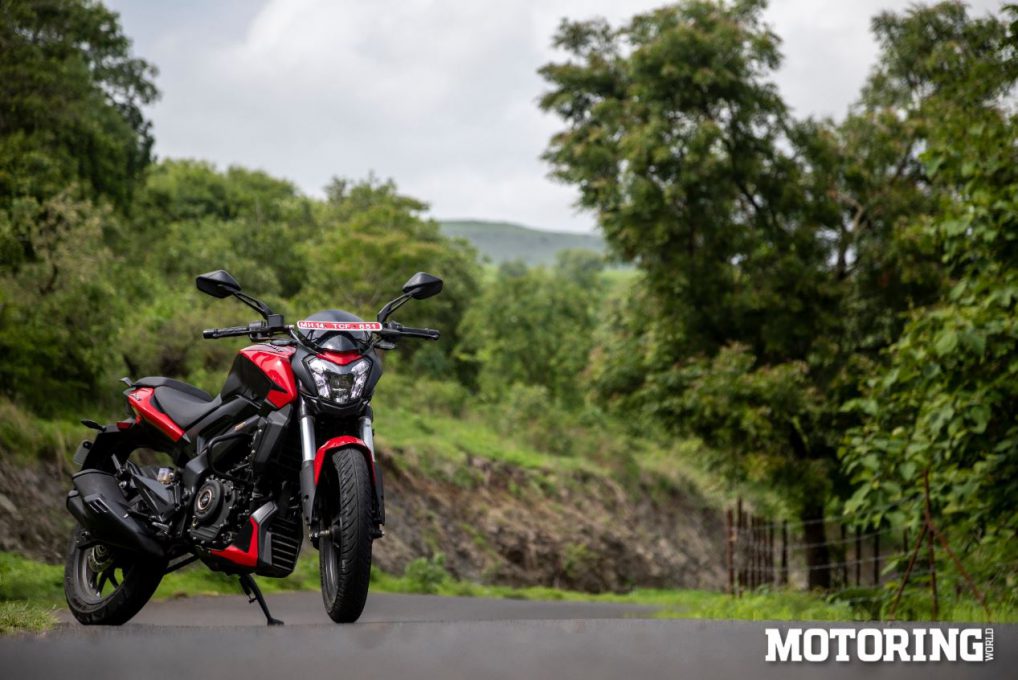