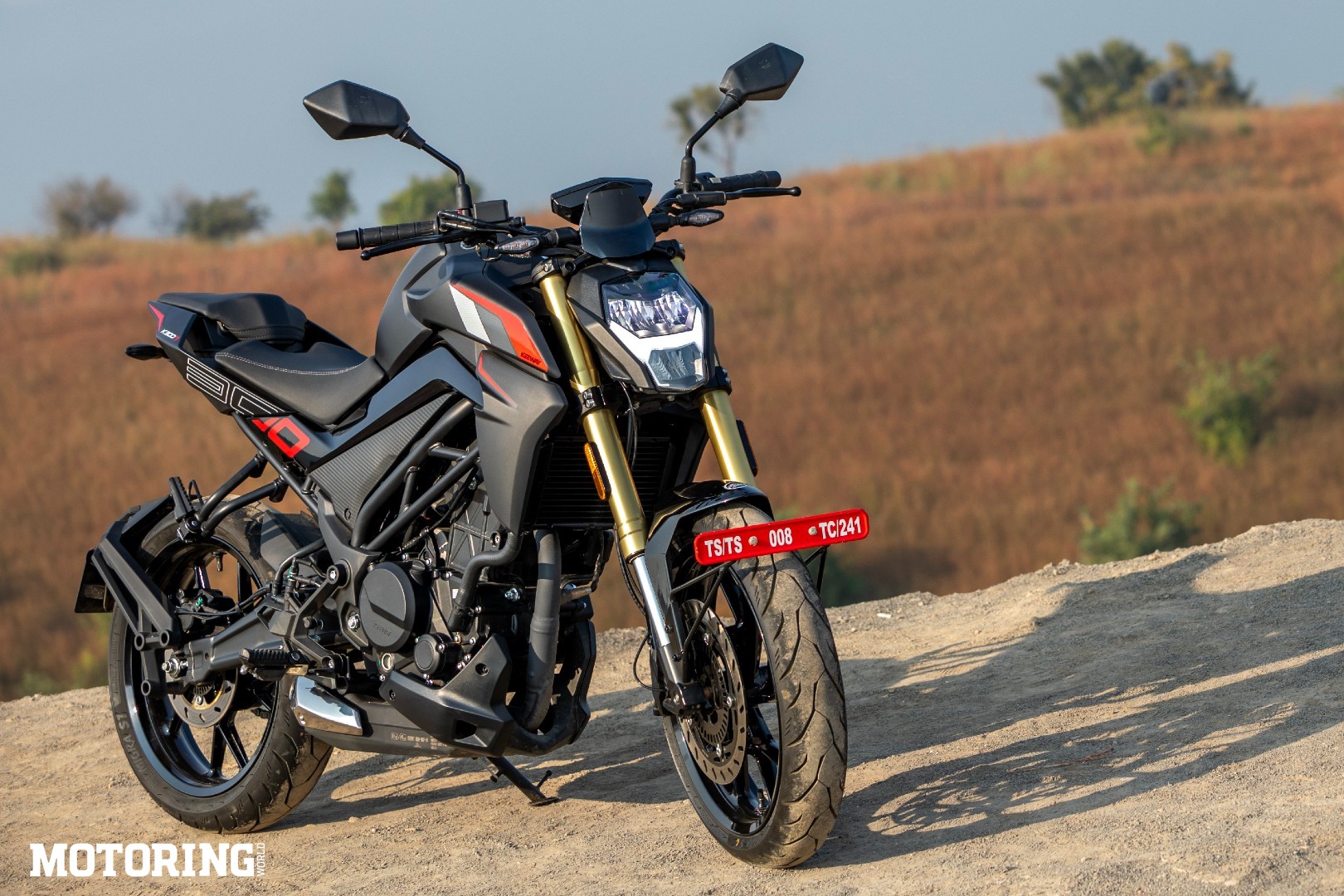 Being a rather new entrant to the Indian two-wheeler market, Keeway has brought out quite a lineup of products. Among them, the Keeway K300 N is able to catch one’s eye with rather familiar styling. The motorcycle is almost identical to the CFMoto 300NK, which was launched not too long ago. Quite a few people also pulled up to us in traffic and asked whether it was a new KTM. Not very surprising though, because it does carry a few elements that remind one of the Austrian manufacturer’s signature styling, not to mention that it is designed by the same firm that designs KTM motorcycles. 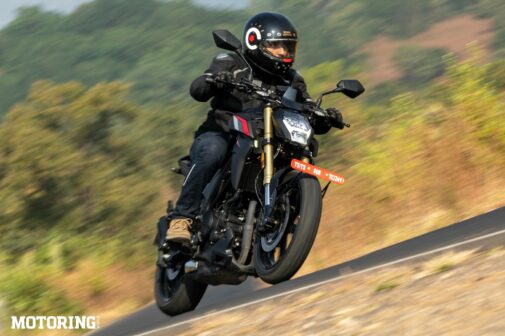 As far as the design goes, it gets a sharp silhouette with a fair bit of precision aerodynamic elements. Keeway has paid good attention to detail and it is clearly visible from the lines that project onto the butch and muscular fuel tank from the headlamp unit. The tank blends almost seamlessly onto the exposed tubular trellis frame. The exposed subframe and the rear cowl, with a compact tail-lamp and indicator assembly, give the K300 N a sharp rear end, too. Overall, the build quality and the level of fit-and-finish are reassuringly good.

The K300 N gets all-LED headlamps, indicators, and tail-lamp assembly, dual-channel ABS, two ride modes, and an LCD instrument cluster. The instrument cluster looks uncomplicated and easy to read, while feeling almost too basic for the motorcycle’s price tag. Another irritating aspect was the placement of the horn and indicator switches, necessitating one to take their eyes off the road to operate them. The switchgear quality does feel somewhat decent, but at this price point, it leaves one wanting more.

The engine on the Keeway K300 N feels relatively refined as well as responsive. The 292.4cc, four-valve liquid-cooled single-cylinder unit produces 27 bhp and a peak torque of 2.5 kgm at 7000 rpm. The motorcycle pulls away smoothly without complaint, revs its way into a strong mid-range, and continues to haul itself swiftly. It gets a pretty smooth and refined 6-speed gearbox, too. The clutch action on the slip-and-assist clutch is also very light and makes riding the K300 N quite effortless in crowded stop-and-go traffic.

Keeway has done a commendable job of keeping vibrations to a minimum across the rev range. There’s slight engine clatter at high-revving moments, but nothing to worry about. The exhaust note feels lively, with a low rumble from the underbelly exhaust. This exhaust, although it looks good, tends to scrape a bit on the architectural marvels called speed breakers that are strategically placed on our roads.

With regard to the suspension, it gets a USD fork up front and a preload-adjustable mono-shock unit at the rear. The CST RideMigra tyres felt a bit unsure initially, but fared much better once they warmed up. The wide handlebar, sharp steering geometry, and chassis do a good job of offering enough leverage to flick the K300 N into a corner and keep the motorcycle planted along its established line. The factory setting of the rear mono-shock makes the bike feel slightly bouncy, but that can always be adjusted. The brakes on the bike do their job of bringing it to a standstill, but could be better. Surprisingly though, engine braking is quite an efficient way of shedding speed. 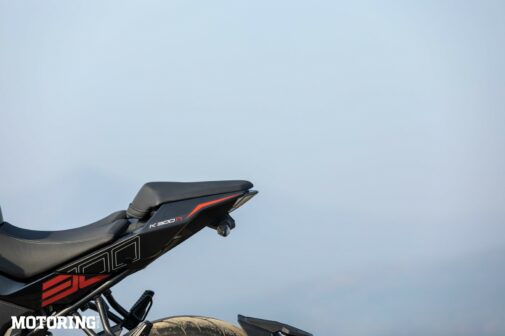 Coming to the riding comfort of the Keeway K300 N, we feel it holds up pretty well. Unlike the visually aggressive design that portrays a hardcore bike, the K300 N features a rather relaxed rider triangle, and allows the rider to sit fairly upright without having to put too much weight on the wrists. It feels planted on corners and manages to pick up speed quite comfortably, while also managing to stay very stable at high speeds. It feels nice and compact as one weaves through traffic and narrow bylanes, and it also cuts through the air like a blade. 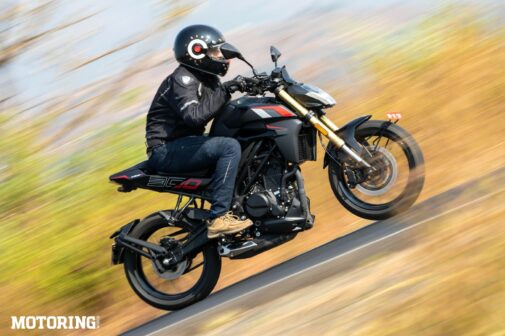 All in all, we found the Keeway K300 N to be an enjoyable motorcycle that is built well and delivers decent performance, too. However, the motorcycle does feel a tad overpriced, taking into consideration all its features and performance. Given the attractive styling and sharp handling capabilities, it could resonate with quite a few customers with deep pockets who are willing to overlook the obvious shortcomings. That being said, it would make a fine (and rather expensive) entry-level addition to one’s garage.