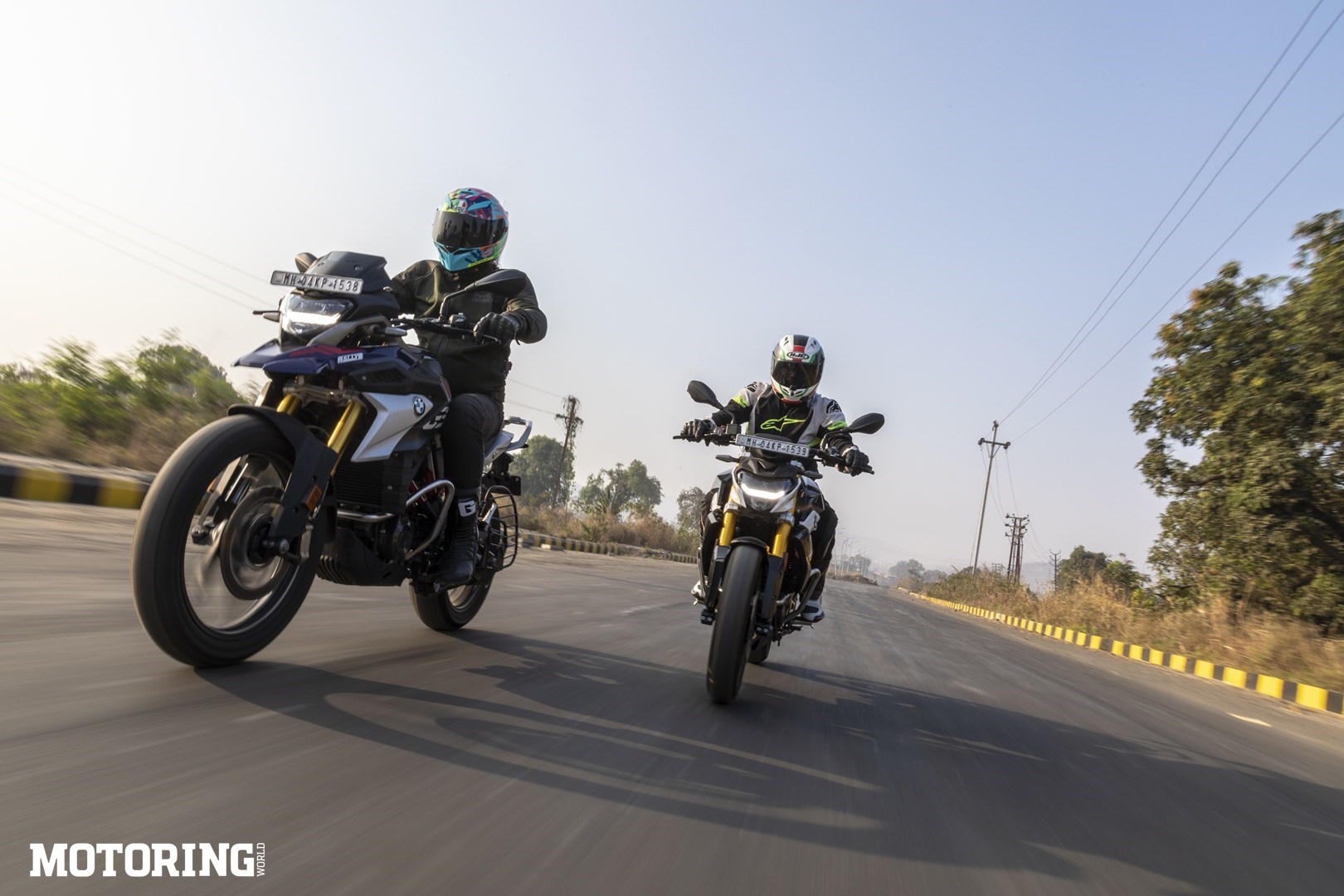 Why stop at one motorcycle when you can make two, or even three, right? In today’s market of cutting corners to maximise profits, manufacturers are hopping on the shared-platform bandwagon to come up with motorcycles serving different audiences. One such manufacturer is BMW which signed a deal with TVS to build motorcycles in 2013.

The results of this agreement were the G 310 R and G 310 GS, the most affordable motorcycles to bear the luxurious badge that holds worldwide recognition. Also, not to forget is their supersport Indian cousin, the Apache RR 310, which is also now much improved over its last iteration. However, coming back to the Indian-made German twins, these motorcycles have received the BS6 updates along with other subtle changes, but most importantly a change in strategy which I’ll get to later. 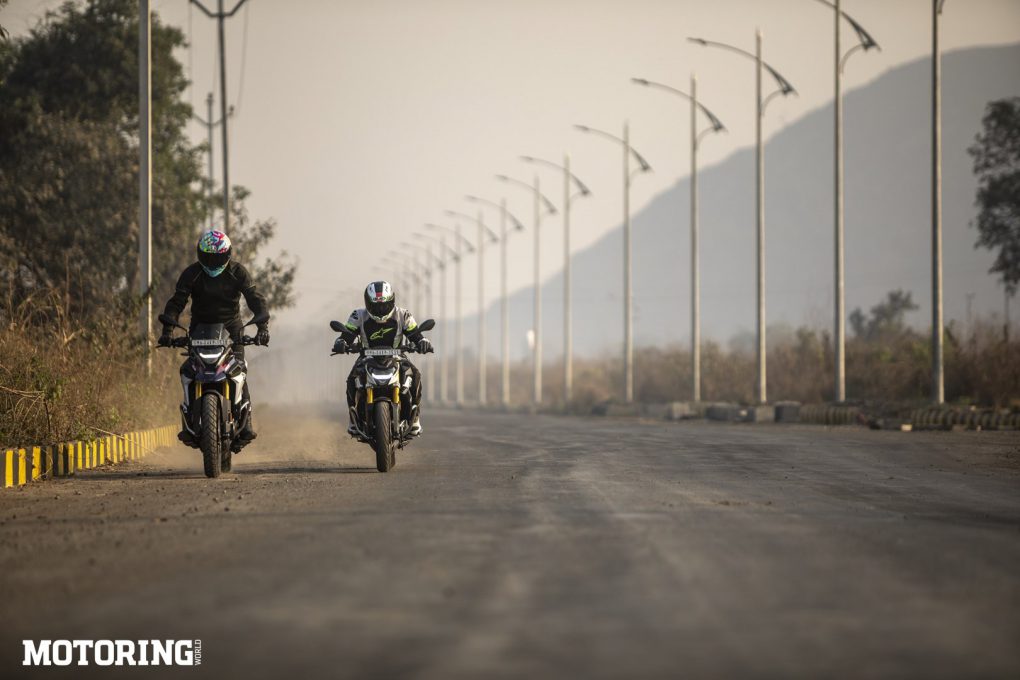 Both motorcycles are entry-level examples of a roadster and an adventure tourer that have been around for almost three years now. The biggest concern that plagued these bikes from the start was the unrefined nature of the engine. Thankfully, the new 310s are free from this annoyance, and their motor is a lot smoother. The power delivery is a lot more linear and well distributed across the rev band thanks to ride-by-wire; the throttle was previously jerky and snappy on input. The only vibrations I felt were after the 6000-rpm mark, which is expected of a single-pot motor of this displacement. However, shifting into sixth with revs hovering around 5000-rpm, I could comfortably cruise at 100 kph, which is the sweet spot for this engine.

Speaking of improvements, BMW has equipped the new 310s with all-LED lighting. The new headlamp is just fantastic — the intensity and spread of the beam is strong and consistent. The bold LED DRL strip also reeks of premium quality. Good job there, BMW. Other bits include new liveries, adjustable levers and better switchgear that contribute to make the package worthwhile. Is it all good, then? Well, not really. The clutch could have been lighter to make urban riding easier, and the gearbox seems to have missed any scope of improvement. Or at least that’s what it felt like on our test bikes; the shifts were clunky on both bikes and getting them into neutral was a near-impossible task at signals.

What hasn’t changed is the flickability of the chassis and the bite from the brakes. While BMW says it has tweaked suspension settings, it doesn’t change much in terms of how well they do their jobs. While the R irons out most imperfections, the GS simply glides over everything without any fuss. Meanwhile, the brakes work like charms, providing necessary bite and progression. Although, I should mention that instead of the Michelin Pilot Sport tyres, the R would perform even better with the Road 5s offered on the Apache. Not much to complain about the Metzeler Tourances on the GS, however. 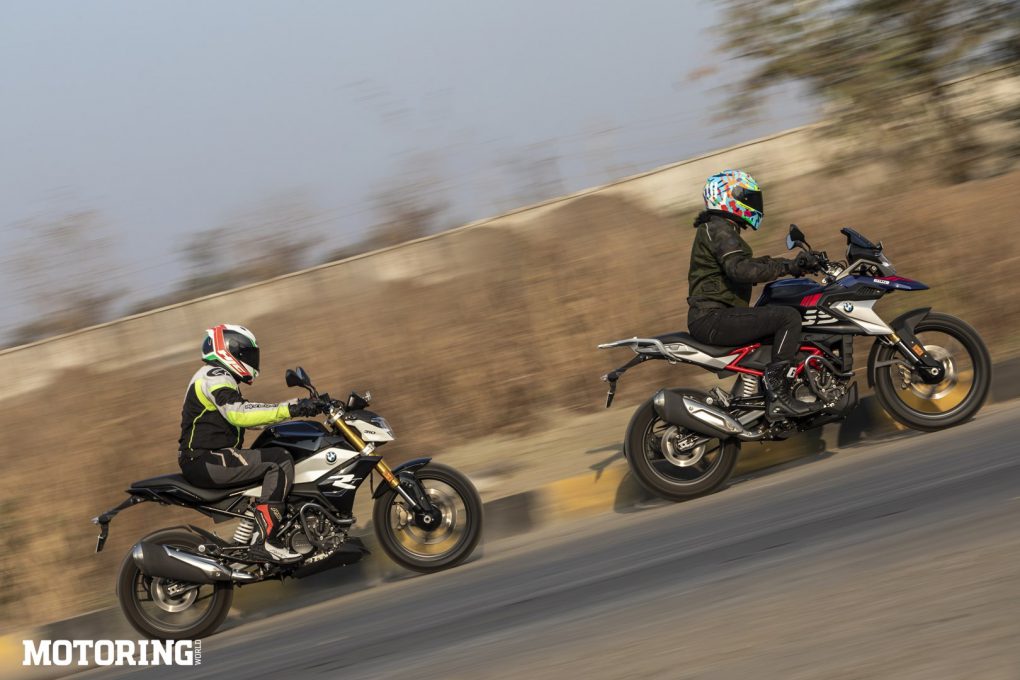 Now, coming to the welcome elephant in the room — their pricing. The G 310 R and the G 310 GS are now even better motorcycles, and while they still carry a premium tag, they are a lot more enjoyable and capable of delivering on their intent. With Rs 55,000 slashed on the R and Rs 65,000 reduced on the GS, both motorcycles have become a lot more accessible and offer much better value, which says a lot about BMW having reworked its strategy. And for any prospective BMW buyer out there, it doesn’t get any better than this.