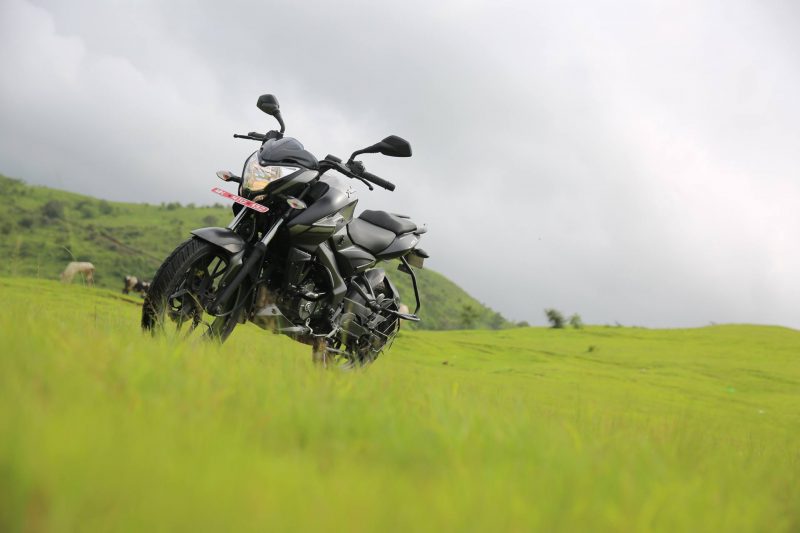 Introduced in 2001, the Pulsar series turned out to be a big hit for Bajaj Auto in the Indian two-wheeler space. At a time when most manufacturers concentrated on fuel economy alone, Bajaj Auto introduced a bike that added performance to the mix. Needless to say, it was eagerly awaited (and later accepted) by young bikers who were in the market for a motorcycle that offered performance and styling but at an affordable price. Over the years, as newer manufacturers entered the segment, the Pulsar appeared to have lost the kind of grip it once had in the performance-orientated commuter segment.

In order to bring about a change, Bajaj, alongside refreshing the rest of the range, has launched the all-new Pulsar NS 160 as the successor to the ageing Pulsar 150. The latter will continue the legacy of the Pulsar brand but with a sporty appeal for the modern young commuter. Having spent time with the new NS 160 in Pune, we tell you more about the bike in six simple points: 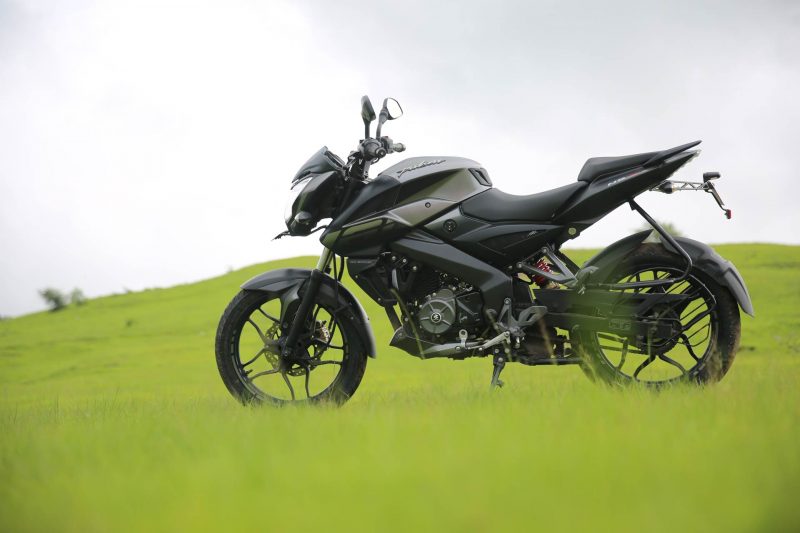 The Bajaj Pulsar NS 160 borrows its design from Pulsar NS 200 — which was reintroduced by Bajaj earlier this year. While the overall design is identical, Bajaj has nicely given the smaller-engined bike a fresh look by using a dual-tone effect for the body panels. 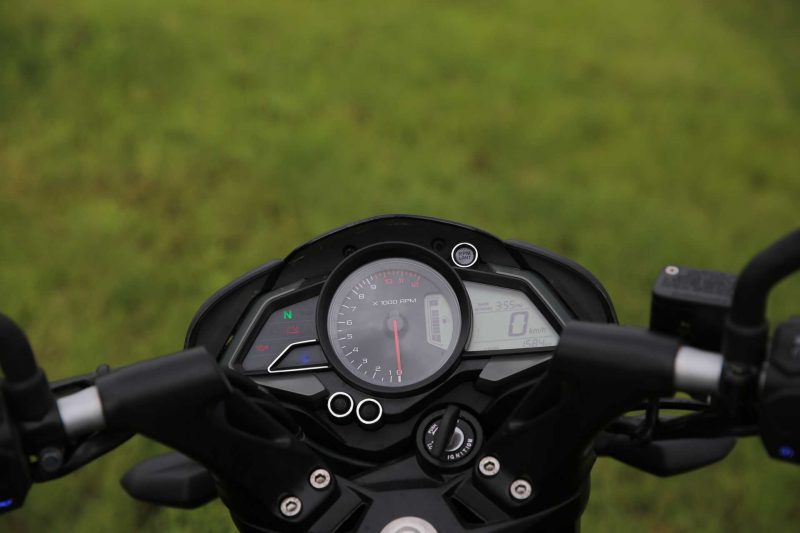 The instrument console is the same as seen on the NS 200, and consists of an analogue tachometer and a digital display; the latter is for speed, fuel level, odometer and other information. The split-seats, clip-on bars, LED-tail lamps, 10-spoke alloy wheels have been carried over from the NS 200, and thus give the NS 160 the right amount of sportiness. Since most of the parts have been borrowed from the NS 200, the overall built quality and fit finish is good, too. 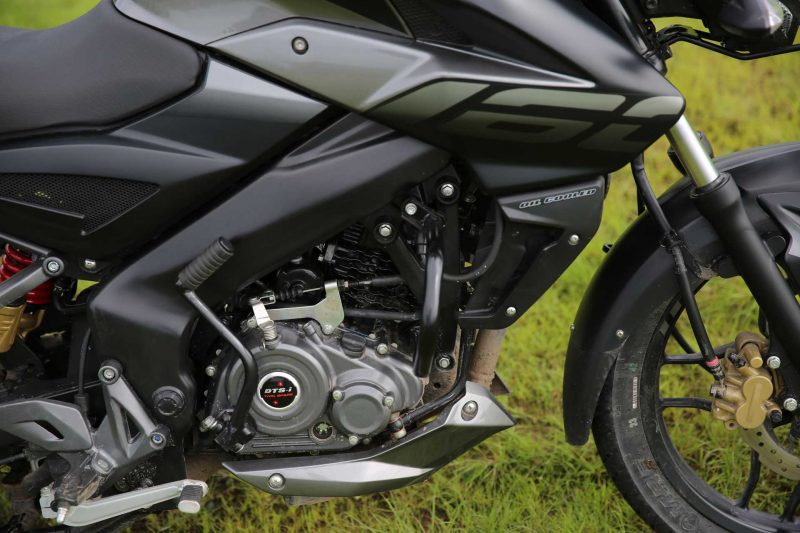 The Pulsar NS 160 is powered by a new 160.3 cc motor that has been derived from the Pulsar AS 150. The air-cooled unit has been upgraded as it now comes with oil-cooling and a 4-valve setup. It produces 15.28 bhp@8500 rpm and 1.48 kgm@6500 rpm, and comes mated to a 5-speed gearbox. The power delivery is concentrated in the lows and mids, which allows the NS 160 to pick up speed rather quickly. Notably, Bajaj has done a good job in reducing the engine vibrations which normally creep in at speed of 50kph. It is only after crossing 70 kph that vibrations were felt at the handlebars and foot pegs. The clutch is easy to operate and does not require much effort which further aids when commuting, especially in traffic. 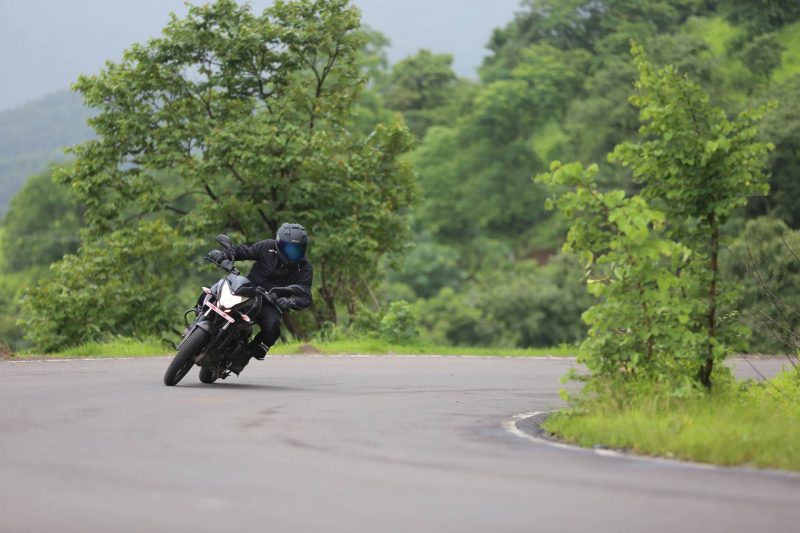 Being a sport commuter, Bajaj has paid special attention to the NS 160’s suspension setup. In spite of the bad roads due to the rains, the NS 160 managed to absorb most of the undulations with ease, thus returning a comfortable ride. This has been achieved by setting the telescopic forks at the front and monoshock at the rear to a slightly softer setup. The NS 160 is also the only bike in its segment to feature a perimeter frame which makes it one the best handlers in the segment. 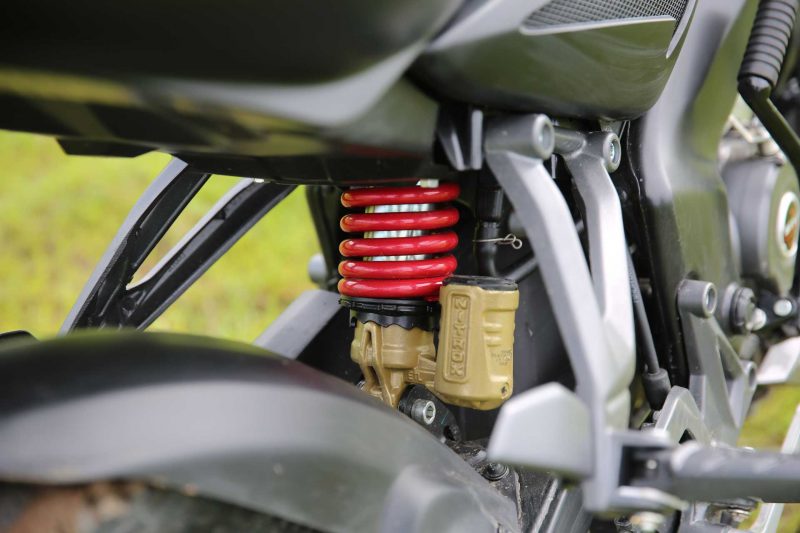 Also, unlike its competitors which feature fatter tyres, the NS 160 rides on an 80/100 tyre at the front and a 110/80 one at the rear, both on 17-inch wheels which do a decent job in providing the necessary grip while braking and cornering. 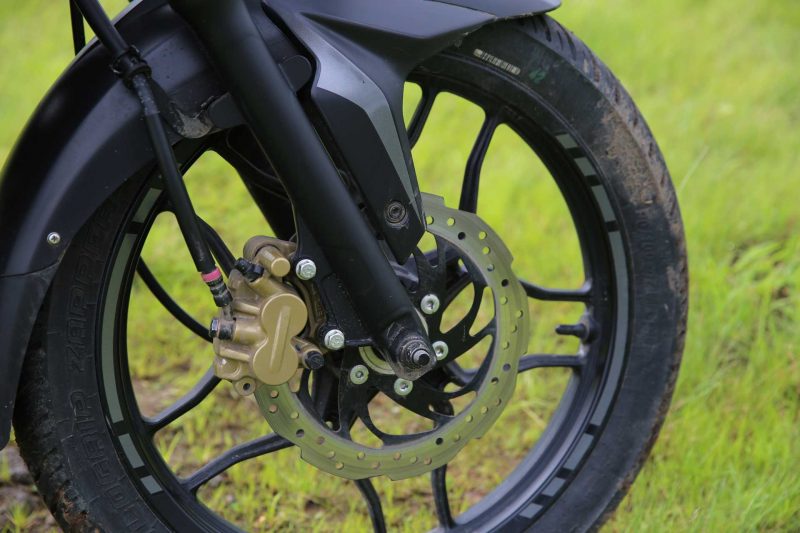 The NS 160 features a 240mm disc at the front and has a 130mm drum for the rear. Although the disc is not the largest in the segment, the disc-drum setup however does offer does a good job at shedding speeds with enough bite and a nice progressive feel. While a disc brake for the rear would have been welcomed, we expect Bajaj to provide it later as an optional extra. 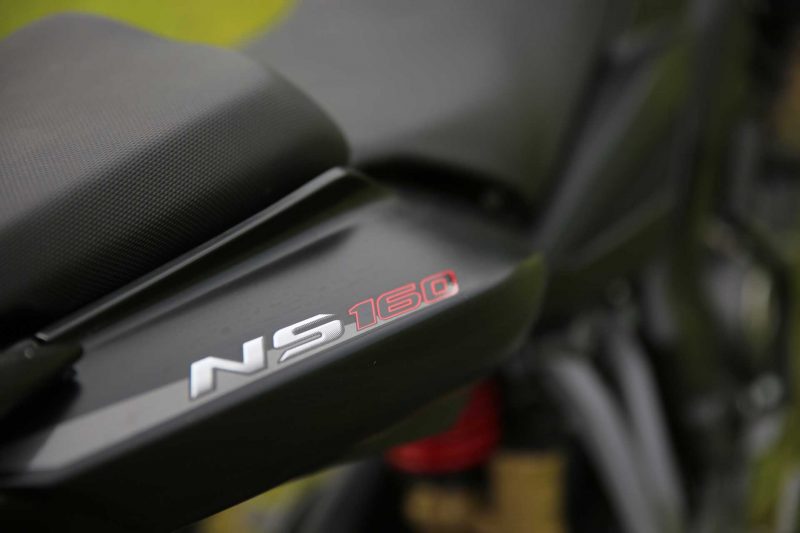 Bajaj has clearly put in a lot of effort in making the NS 160. From the buyer’s perspective, the Pulsar NS 160 is a bike that offers attractive styling, nimble handling and a potent motor — all packed together with a lucrative price tag.

At Rs 78,368 (ex-showroom, Delhi), the Pulsar NS 160 finds itself right in the middle of its competition. Ticking the right boxes for a good motorcycle, the Bajaj Pulsar NS 160 may no longer be the most affordable performance-orientated bike in the 150-160 segment, but it surely makes for a worthy competitor to the Suzuki Gixxer, Yamaha FZ Fi and Honda CB Hornet 160R. 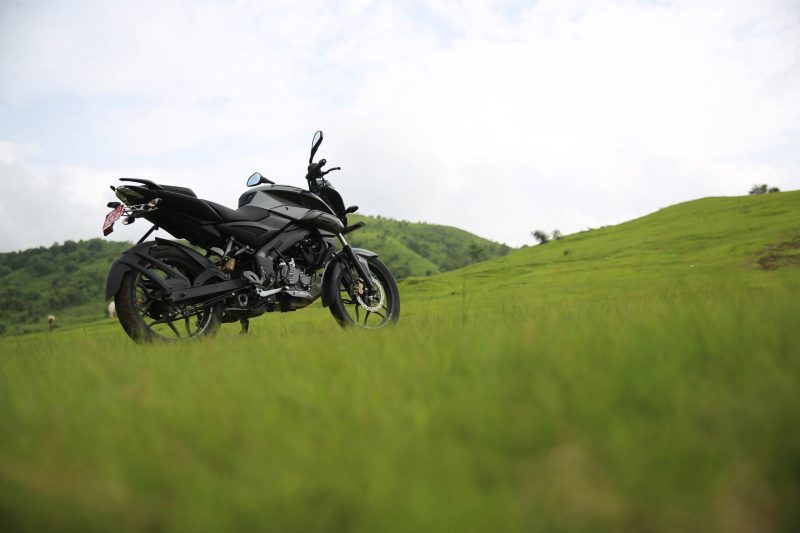