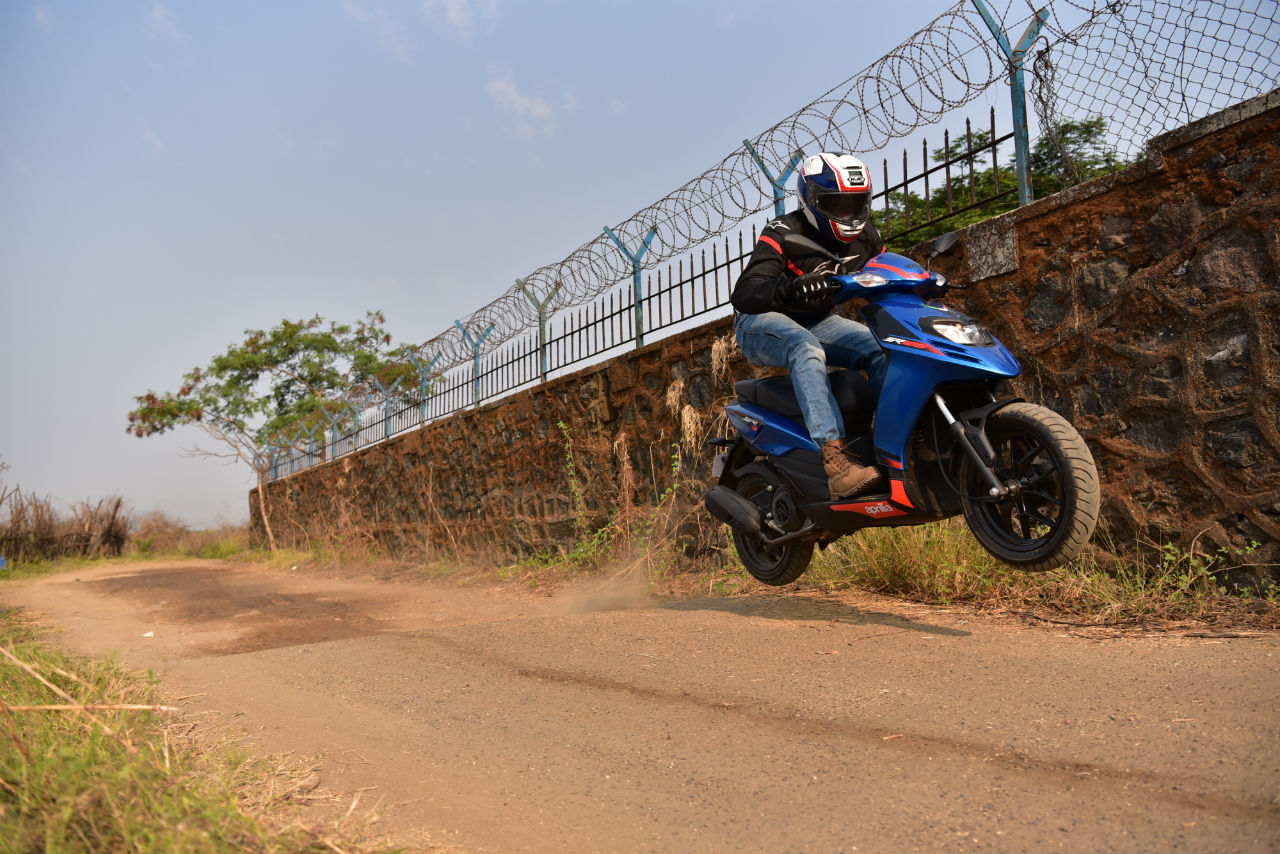 If there’s anything we’ve learnt over the years, it’s that smaller versions of anything at all, will carry forth the same genetics as their larger counterparts. A falcon will still have the same killer eyesight and sharpened talons as an eagle, and a Rottweiler will simply have a bigger bark and bite than a beagle. Oops, did I unintentionally break out into rhyme there? Well once you’ve forgiven me for this linguistic malady, I urge you to consider what Aprilia has just done with its scooter line-up.

We are privy to the SR 150, a characteristically European scooter that’s unmatched in its sporting prowess when compared to the rest of the scooters in India. Undoubtedly a trickle down of racing DNA from the Italian’s pedigree lineup. And now we’ve got the SR 125. What is it you ask? Well it’s simply an SR 150 that shed about 25-odd-cc and a few thousand rupees off the price tag. But you don’t need to be a rocket scientist to figure that out. You need to know if less really is more. 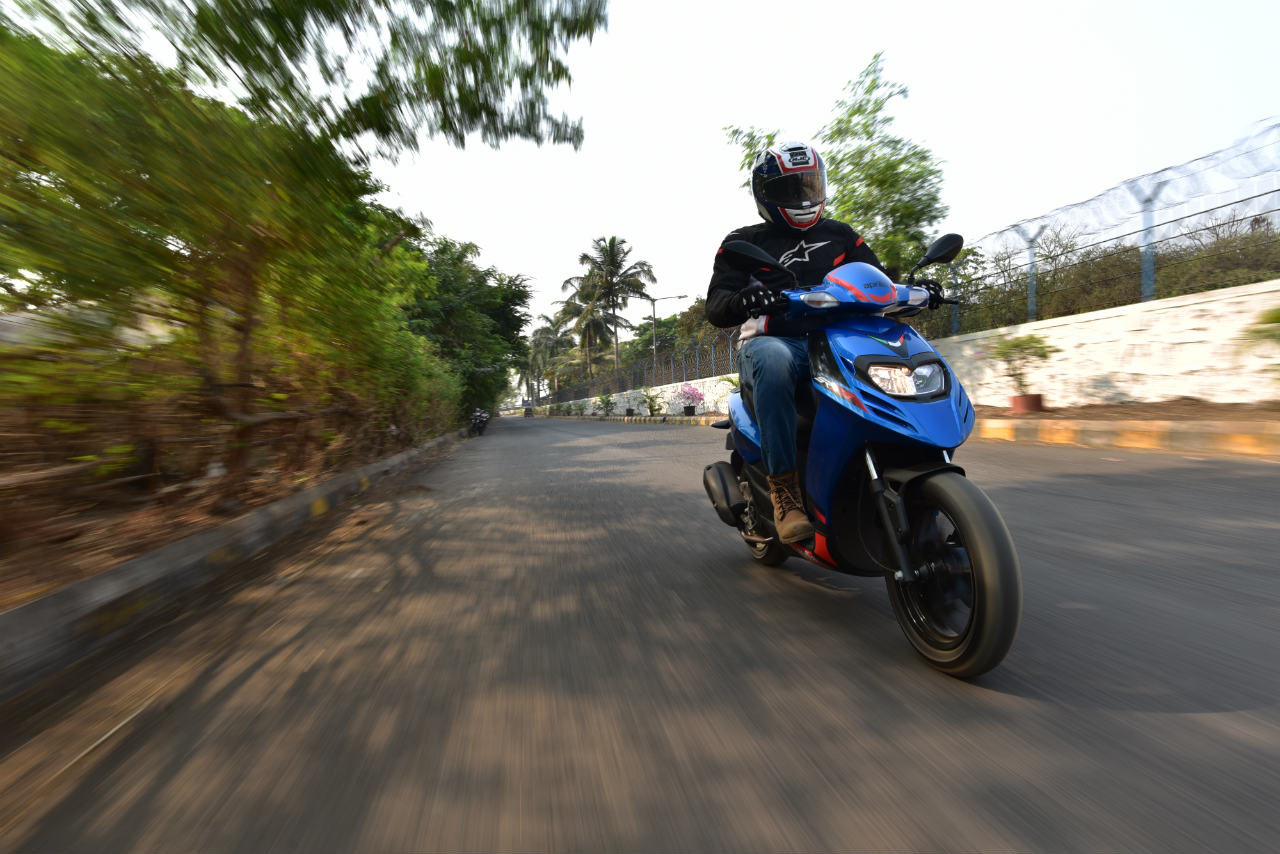 You could say the Indian market isn’t ready yet for a 150cc scooter. I say with the road conditions we have in India, you’d be better off riding a turbo-charged bullock cart. But I digress. With the slew of 125cc scooters to have appeared on the scene in the last few months, it would certainly make sense to get in on the action. So, can the SR 125 stand out among the rest of the 125cc scooters and simultaneously manage not to cannibalise its own sibling? 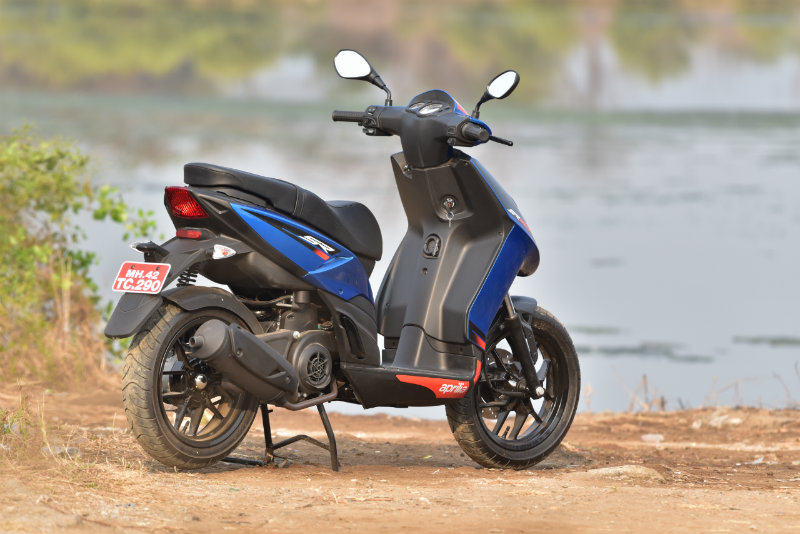 The obvious ace the SR 125 has up its sleeve is sportiness. If you know anything about the SR 150’s character, expect nothing less from the SR 125. It is after all an SR 150 with a smaller bore, Vespa 125 engine, but more importantly, an Aprilia. Of course there is a tiny dip in power and torque from the Vespa, but the gearbox is from the SR 150. It’s also got 14-inch wheels, and it’s lighter. Combine these elements and you’ve got a scooter that feels quicker and sharper than any of the Vespas. 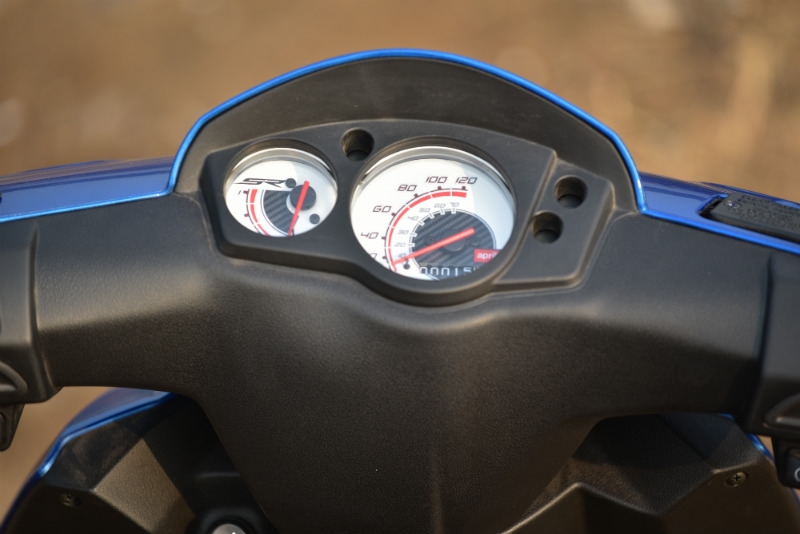 There isn’t a sense of urgency when you pull off the line, like on the SR 150. There’s a smooth, gradual acceleration that surprises you with its top end. Going by the overly optimistic speedo read-outs on the SR 150, I had a car follow me to see how quick this scooter actually is. While I saw about 110 kph on the speedo, the car’s read about 100 kph. Not bad at all for a 125cc, considering the speeds were still climbing when I rolled off the throttle. Handling as expected is a bit on the stiffer side. But it is confidence inspiring nonetheless, albeit a bit jarring over bumpy surfaces. 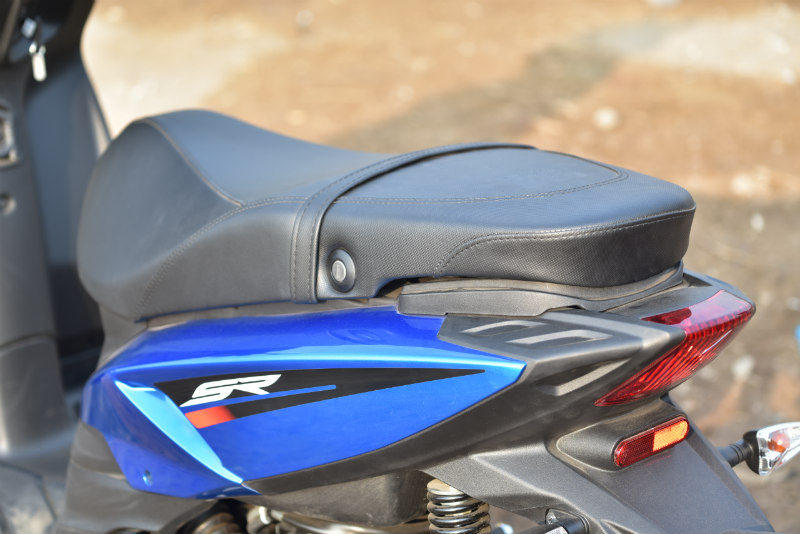 Another small change is the design of the pillion seat. It’s gotten a smidge wider, while the split grab-rail will remain exclusive to the SR 150. Instead, you’ll need to buy the grab-rail as an accessory, and the side-stand. Not very practical if you ask me. 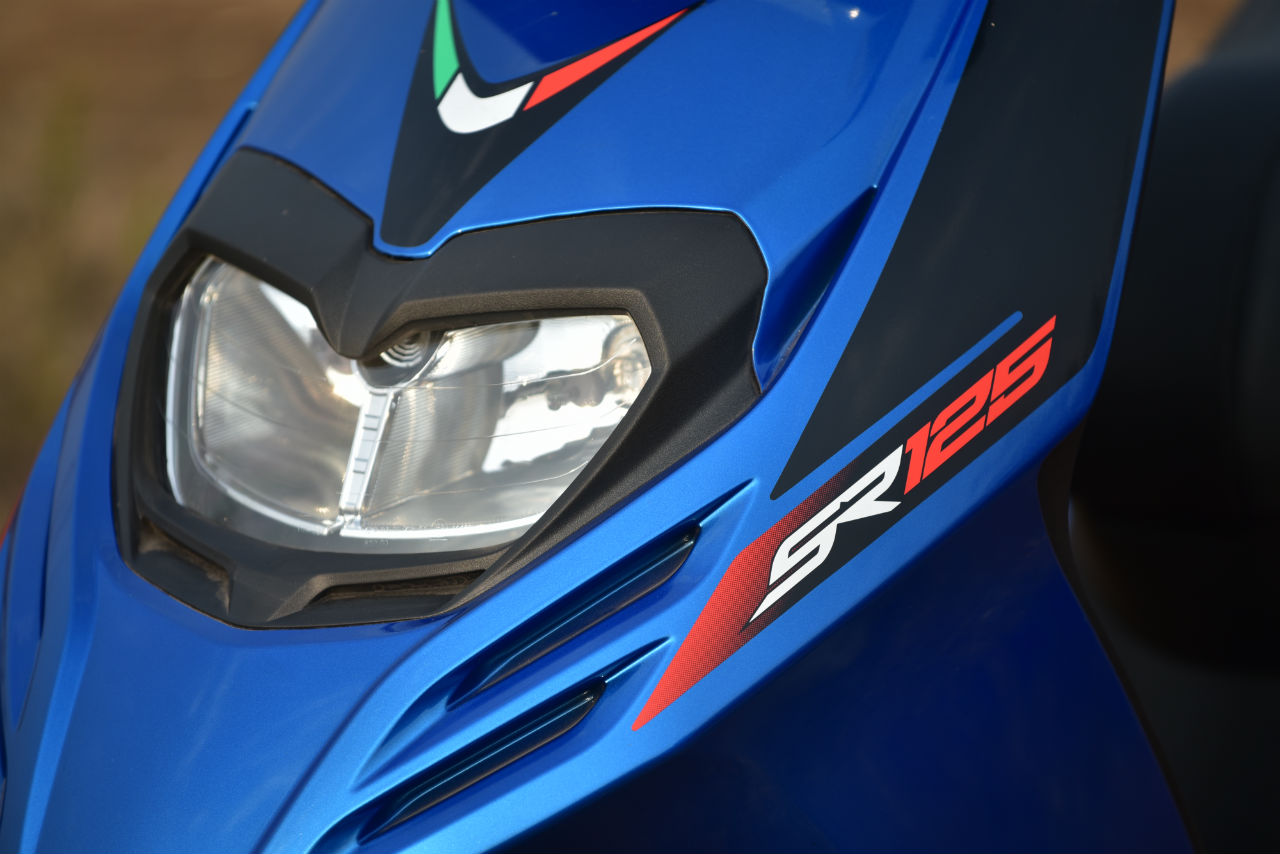 So the SR 125 doesn’t sacrifice much in terms of performance from the SR 150, is a mere Rs 4,500 cheaper, and doesn’t offer most of the features the new crop of 125cc scooters offer. All while still being a couple of thousand rupees more expensive than the next 125cc scooter (barring the Vespa 125, of course). Now all of this is completely open to interpretation. But if you’re hell bent on a 125cc scooter that’s properly focused on performance, the SR 125 is the best option you’ve got. It’s quick, raw, and looks absolutely lovely in the new blue paint scheme.