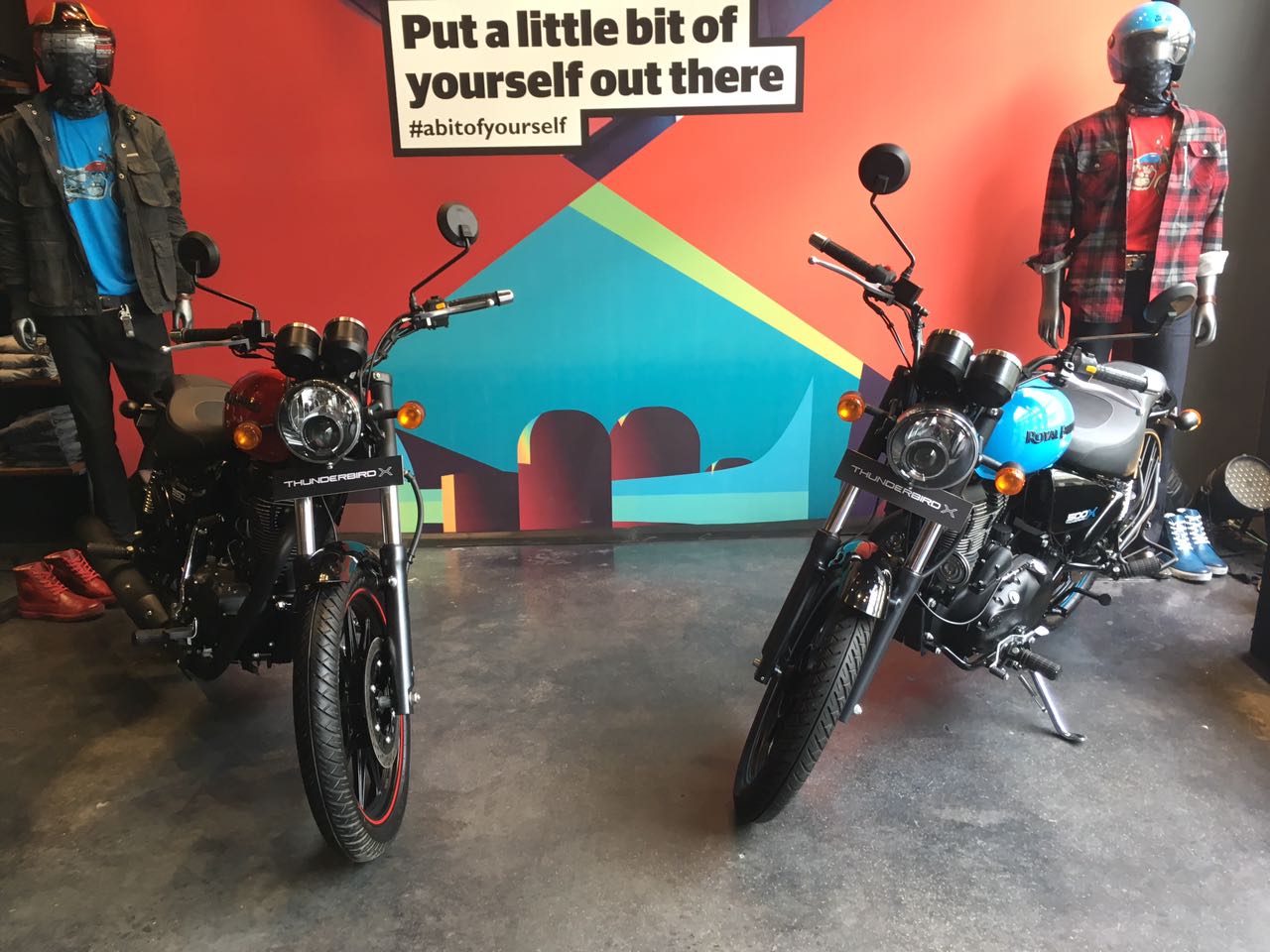 Gaining a lot of interest in the past few days has been the new iteration of the Royal Enfield Thunderbird, called the Thunderbird X. The Madras-based company has launched the motorcycle today at an event in Delhi. Priced at Rs 1.57 lakh for the smaller engined Thunderbird 350X and Rs 1.99 lakh for the 500X, the line of motorcycles is targeted at urban riders — who have style on top of their priority list.

It’s also, if you haven’t noticed yet, the first among its ilk to be offered with alloy wheels and tubeless tyres. The other major styling upgrade here from the regular version is the presence of resplendently coloured fuel tanks. There are four colour choices, and all of them seem to have the same motive: to make the motorcycle stand out. Out of which, Whimsical White and Roving Red are exclusive to the 350X whereas the 500X will be offered in Getaway Orange and Drifter Blue.

There’s also the gunslinger single-piece seat, new grab handle, and a shortened mudguard. The handlebar is now a flat unit, and goes well with the city-orientated appearance of the  X. As reported earlier, the backrest has been removed while the matte black paint on the rest of the motorcycle helps its custom-bike-like look.

The Thunderbird brand completes 15 years in the market, and with the X, Royal Enfield widens its appeal. And of course if you fancy a regular version of the motorcycle, it will still be available alongside the newly launched one.

Royal Enfield’s President, Rudratej Singh said, The Thunderbird X is a custom inspired Royal Enfield, that takes inspiration from our Thunderbird community. Our riders have been customizing Royal Enfield motorcycles and the Thunderbird for decades. We took that inspiration and have created an evocative, engaging, yet fun to ride factory-built custom-look motorcycle that will offer great scope for further customization and will appeal to new-age urban explorers. The two interpretations of Thunderbird and X will continue to strengthen our city and highway cruising proposition, and of nudging the youth to express themselves. Those who seek to make a bold, defining statement will certainly connect with the TBx“

Mechanically unchaged, the Royal Enfield Thunderbird X will be available at all RE authorised dealerships. To recapitulate, both versions are powered by an air-cooled, single-cylinder Unit Construction Engine. The 350X comes with a 346 cc unit that makes 19.8 bhp@5250 rpm and 2.85 kgm@4000 rpm. The 500X is equipped with fuel injection, and the 499 cc engine makes 27.2 bhp@5250 rpm and 4.2 kgm@4000 rpm.