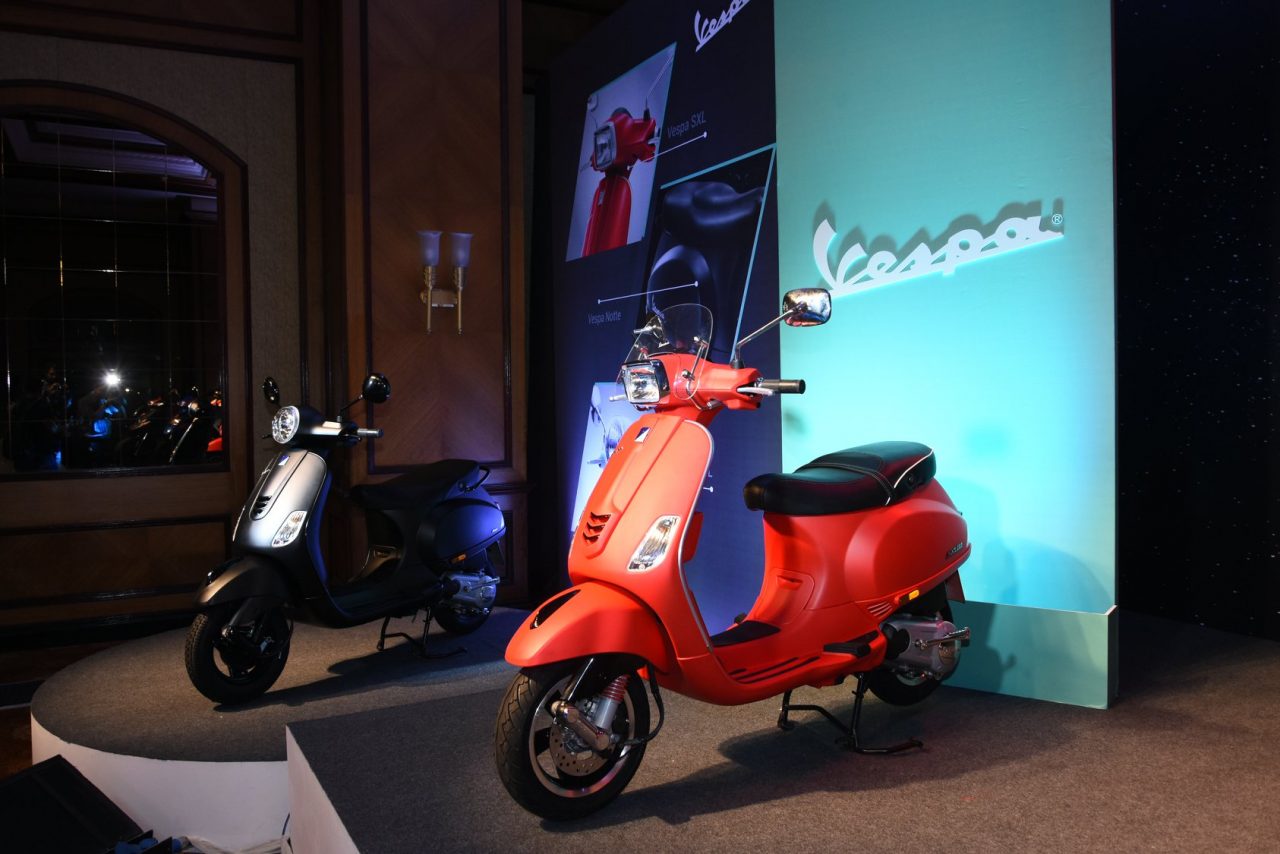 Vespa has updated the SXL150 and the VXL150 in India. While both the scooters have undergone no mechanical changes, they now sport machine-cut periphery alloys, which add to their style quotient. In addition, the company has also introduced three new shades to the colour palette: matte red, matte yellow, and blue.

Bluetooth connectivity has been added as a standard feature which allows the owner to use features like navigation, vehicle tracking and distress button function via a dedicated Aprilia Connect app which is available on both iOS and Android. The SXL150 now has a price tag of Rs 97,300 while the VXL150 is priced at Rs 91,100 (Both ex-showroom, Pune).

Furthermore, the Vespa Notte which was previously available only with a 150cc engine is now available with the smaller 125cc motor. Introduced as a Limited Edition, the Vespa Notte 125 gets the same blacked-out theme like its 150 variant. Vespa has priced the scooter at Rs 68,800 (ex-showroom, Pune).