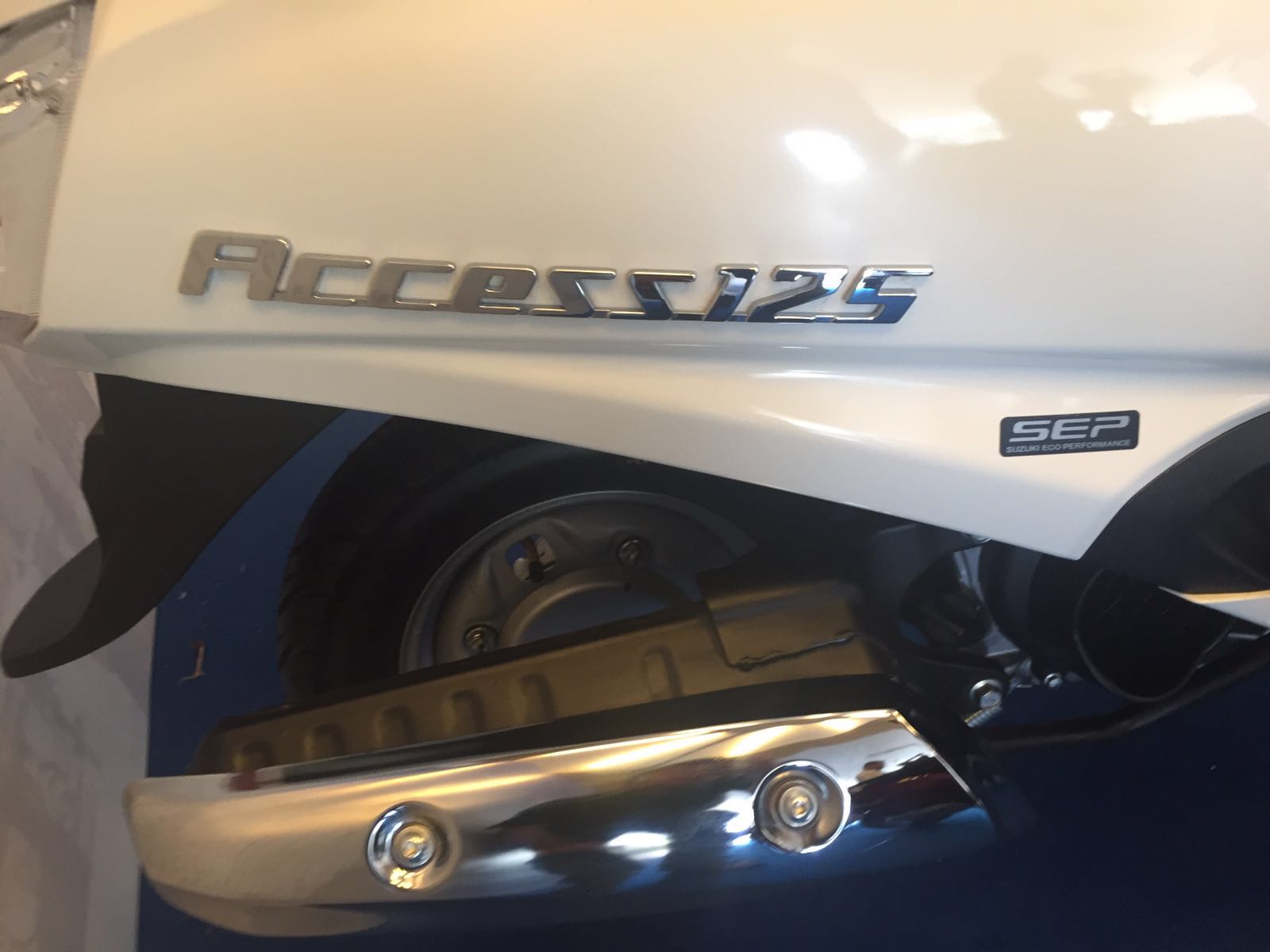 The new Access gets a bunch of updates over the outgoing model, including a larger 12 inch front wheel (the rear remains a 10 inch one) as standard, however features like front disc brakes, alloy wheels and a 12V DC socket are optional and not included in the base version. It also gets a very interesting Start/Stop system, which is standard on all variants and which the company claims can help the Access return 64 kmpl under test conditions. It is a segment first – the only other example of a made-in-India two-wheeler with a similar system is  the Hero MotoCorp Splendor iSmart. There are no significant updates to the Access engine, with the same 8.6 bhp 125 cc unit doing duty as before.

It has been eight long years since Suzuki launched the original Access and the refresh is a welcome one – although we aren’t too sure we like the cowl from an Intruder. Design-wise, Suzuki has realized the demand for stylish and retro-themed scooters and the Access has definitely been influenced by it. While there is a lot more chrome than before, the new Access does look smart.

The Suzuki Swish 125 will still be on sale in its current form, says Suzuki, but we expect it to get an upgrade in line with the Access as well.