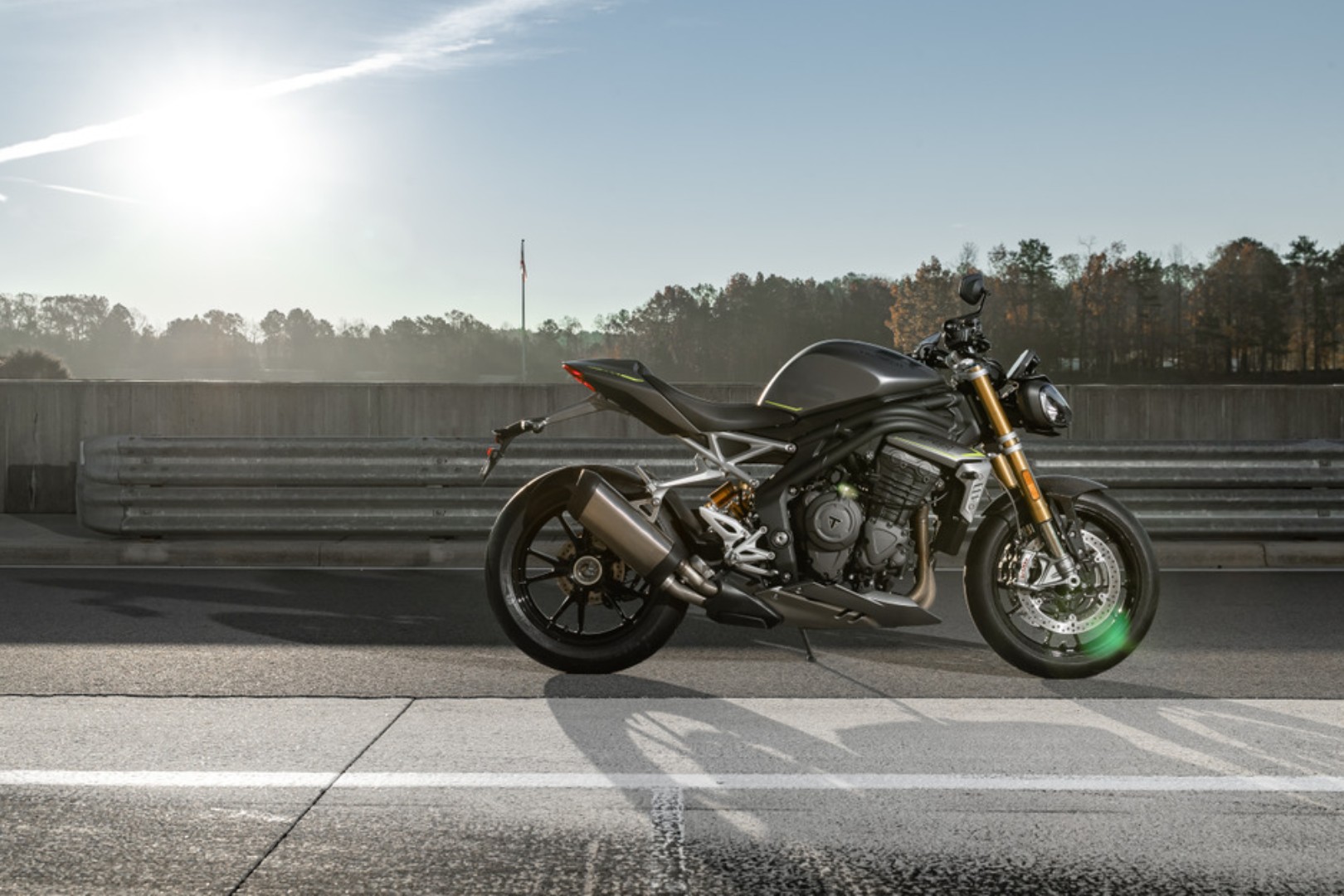 Triumph has launched brand new Speed Triple 1200 RS in India, for a price of Rs 16.95 lakh (ex-showroom). This comes just days after the 1200 RS was internationally unveiled to the public, which is a good sign, no? For the uninitiated, the Speed Triple 1200 RS replaces the Speed Triple 1050, which came with those signature high-mounted twin exhausts. That, however, has changed to a more conventional-looking single exhaust. But, more on that later, first – the new engine.

The Speed Triple 1200 RS is powered by a 1,160cc, inline-triple, which churns out 178-bhp and 12.74-kgm of torque. This motor comes mated to a six-speed gearbox with a quickshifter (up/down), which is standard. Besides that, there are five riding modes – Rain, Road, Sport, Track and Rider – and other notable features like cruise control, cornering ABS, lean-sensitive traction control and a six-axis IMU assisted system. Overall, the 1200 RS not only produces more power than its predecessor, its lighter too.

Other notable changes include a wider handlebar (13mm), changed positions of the footrest and fully adjustable Ohlins suspension. Moreover, only 30 units of the new Speed Triple RS will be initially, with deliveries starting from the end of March this year. If you like what you see (as we do) and want to book one, head one down to your nearest Triumph dealership and put down a deposit of Rs 1 lakh. Notably, the Speed Triple 1200 RS comes with a two-year, unlimited kilometres warranty, and a 16,000-kilometre service interval.