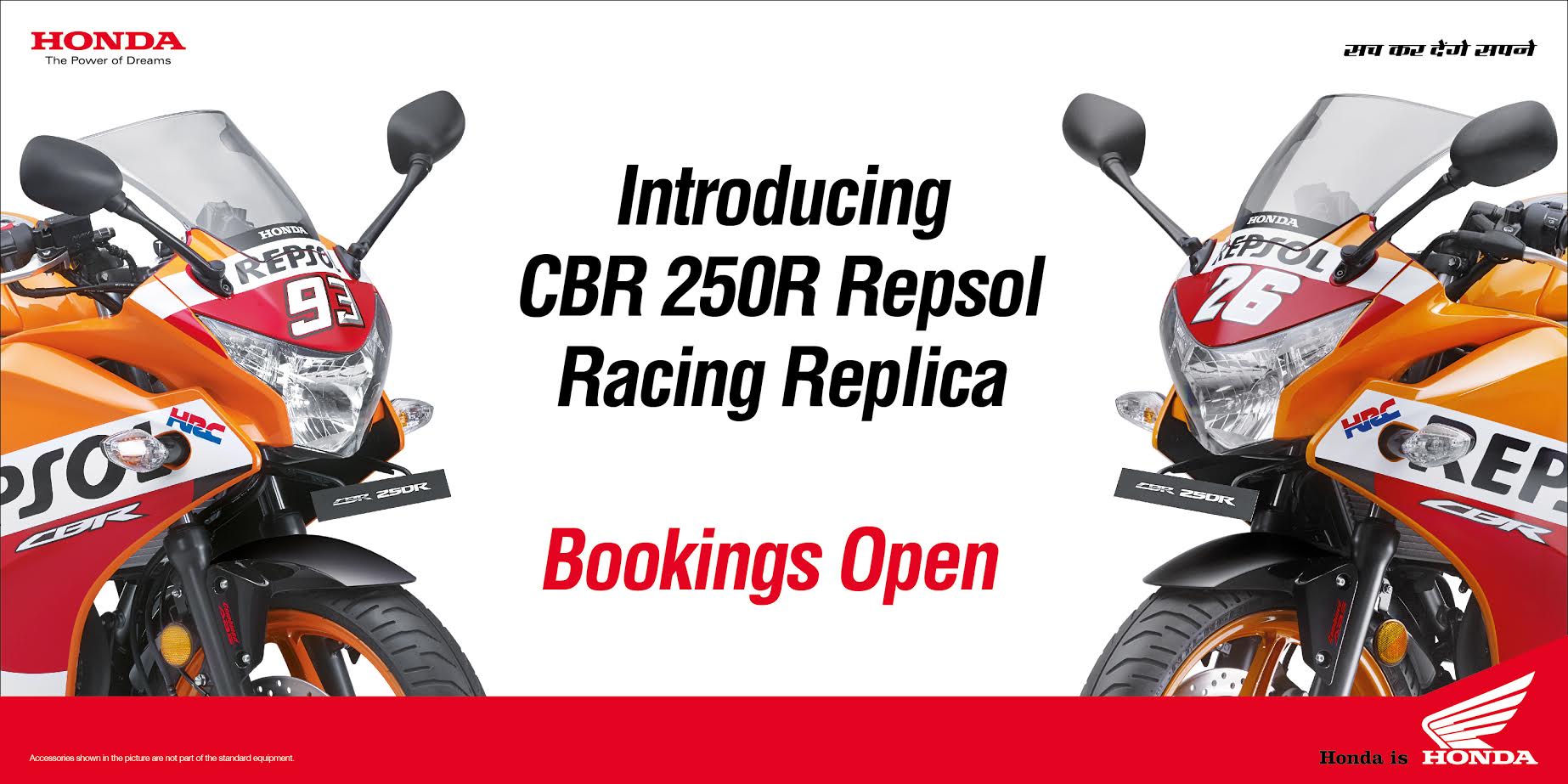 The 2016 MotoGP season might have come to an end, but it’s a season worth reliving. There were ups and downs, but with nine different winners on the top spot for the first time in a season (on different occasions, of course), it was more of a shocker than anything else. In the end, Marc Marquez took the crown, adding another championship title – taking the count to five. Now, if you’re an MM fan, there are a hundred ways to celebrate that, but nothing quite shows that you’re a true fan than sharing a livery with your favourite MotoGP rider. And the 2016 Constructors title-winner Honda has made it possible for prospective CBR 250R buyers to do so.

Like the MotoGP-liveried Unicorns of the past (the bike and not the mythical creature), the Honda CBR 250R is again available with a Repsol Honda livery, but for a limited period. You can choose between two versions: one replicating the looks of Marc Marquez’s bike, and the other of Dani Pedrosa’s RC213V. The latter outshone everyone at Misano, remember?

The Racing Replica Limited Edition (that’s what it’s called) is now ready to be booked at any of the Honda dealerships across the country. But don’t expect any changes in the mechanical department, because there’s none. The bike, as before, is powered by a 250 cc engine that makes 26 bhp and 2.33 kgm.