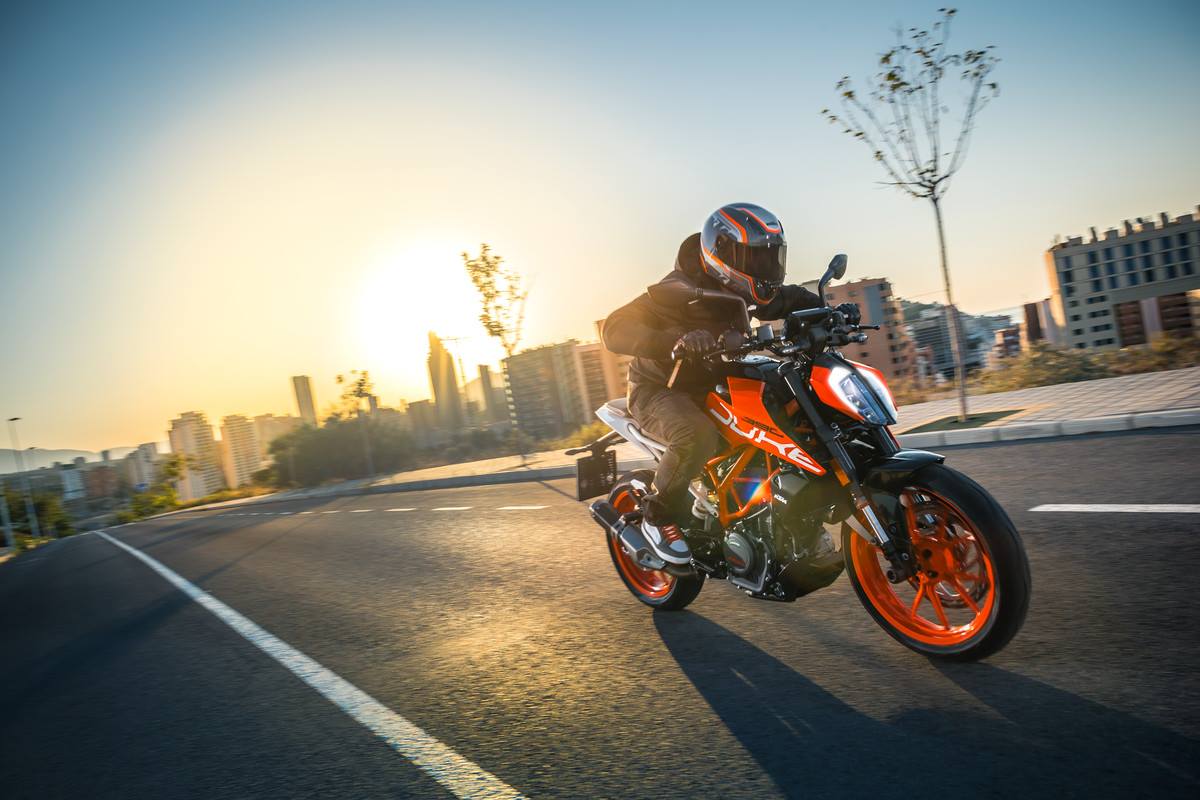 Ever since KTM had pulled off the covers of the 2017 390 Duke in EICMA last year, we have been waiting for it to land on our shores. So without much ado, here is the complete lowdown on the new 390 Duke, along with the brand new 250 Duke and the updated 200 Duke.

First the price. At Rs 2.25 lakh (ex-showroom, Delhi), the new 390 Duke is about Rs 20,000 more expensive than the older one. But the price increase looks justified when one looks at the new cycle parts and tech that the new 390 comes with. The most important new bits are a ride-by-wire throttle (no throttle cable), bigger 320 mm front brake discs, a larger 13.5-liter fuel tank and a side-slung exhaust. The trellis frame is also new, to which an aluminium swingarm is attached, while the front gets open cartridge upside-down forks.

Visually, the new 390 borrows some style cues from the bigger 1290 R, like those very snazzy LED headlamps. While features like a slipper clutch and ABS is carried over from the older bike, a large TFT instrument console – which is capable of pairing to with smartphone, and is controllable through switches on the handlebar – is new, along with the one-touch start. The power and the torque figures remain unchanged though, with single cylinder engine producing 42.9 bhp and 3.8 kgm.

Other than being BS-IV complaint and getting new orange wheels, the 200 Duke has not received any major changes, and is priced at Rs 1.43 lakh (ex-showroom, Delhi).