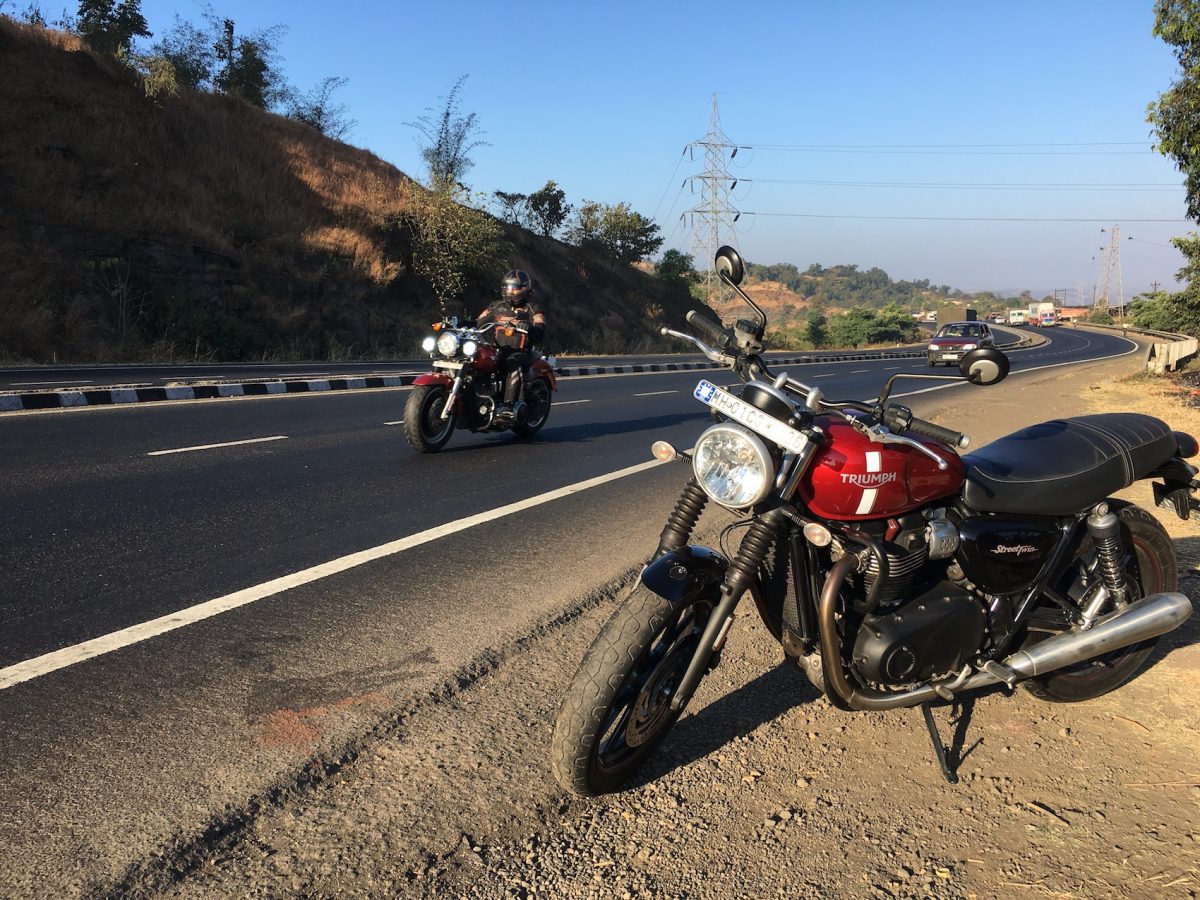 You’d think as a motoring journalist I’d be piling on the miles on vehicles like never before, and you’d be right. Partially. Yes, I do get to ride a lot of very fancy stuff, but when it comes to personal machines, time is very limited. To prove my point, I’ve barely managed 4000km on my Triumph Street Twin since I started working 10 months ago, and that’s pretty shameful when you’ve put a substantial sum of hard-earned money on a bike. Well, that needed to change, so as a new year’s resolution, I pledged to do 10,000km this year, and that meant taking every single opportunity and milking it dry. The first of these came along when I had to travel to Igatpuri for the Mahindra Off-Road Trophy Finals (the article will feature in the March issue of Motoring World) and thus, the Street Twin came out of hibernation. Yes!

The route, for those who haven’t done the trip, is pretty awesome — nice long highway stretches, and the famed Kasara ghat. But does the Street Twin make a good canyon carver? Well kind of. It isn’t the lightest bike, so sudden changes in direction aren’t as easy. But it grips well, and the lean angle is quite good before pegs start scraping. The engine I found to be particularly useful here, as the abundance of torque means you don’t need to shift gears too often, and you can coast through corners and feed power a little late in the sequence. It does lose steam higher up the rev range, so keeping it low is best. But there is another thing I noticed though. The on/off throttle transitions have massive lag. There is a good one 1-2 second delay from the time you open the throttle to the time it starts moving. Note, this is only when you go from zero throttle to full throttle in one go. It is reminiscent of playing multiplayer PC games on really slow internet, and I am super surprised no one is talking about it on forums. I have ridden two other Street Twins since then, and I can confirm it isn’t restricted to my bike. This is something that is completely absent on the T120, so I’m pretty sure its down to the ECU and ride-by-wire. I’m just curious as to why Triumph would do it.

The other disappointment were the front forks. It dives too much on braking, and shudders and wobbles while pushing it through corners. The feedback is poor. But this is the problem with entry level models as manufacturers cut costs. I was so frustrated that the first thing I did when I returned was ordering a pair of zero friction progressive springs from Wilbers Suspension, Germany, for the forks. Hopefully that will help.

Other than that, it has been a blast. Turn off the traction control, and power out of corners. Get a bit bold and the back end kicks out. But this on/off throttle and fork setup really does spoil things on a machine I still love so much. Does anyone have any other solutions they have tried out? Write directly to me at aadilnaik@gmail.com and tell me what other owners are doing, what you’ve noticed, or if you have any suggestions. I’m learning everyday just as you guys are.