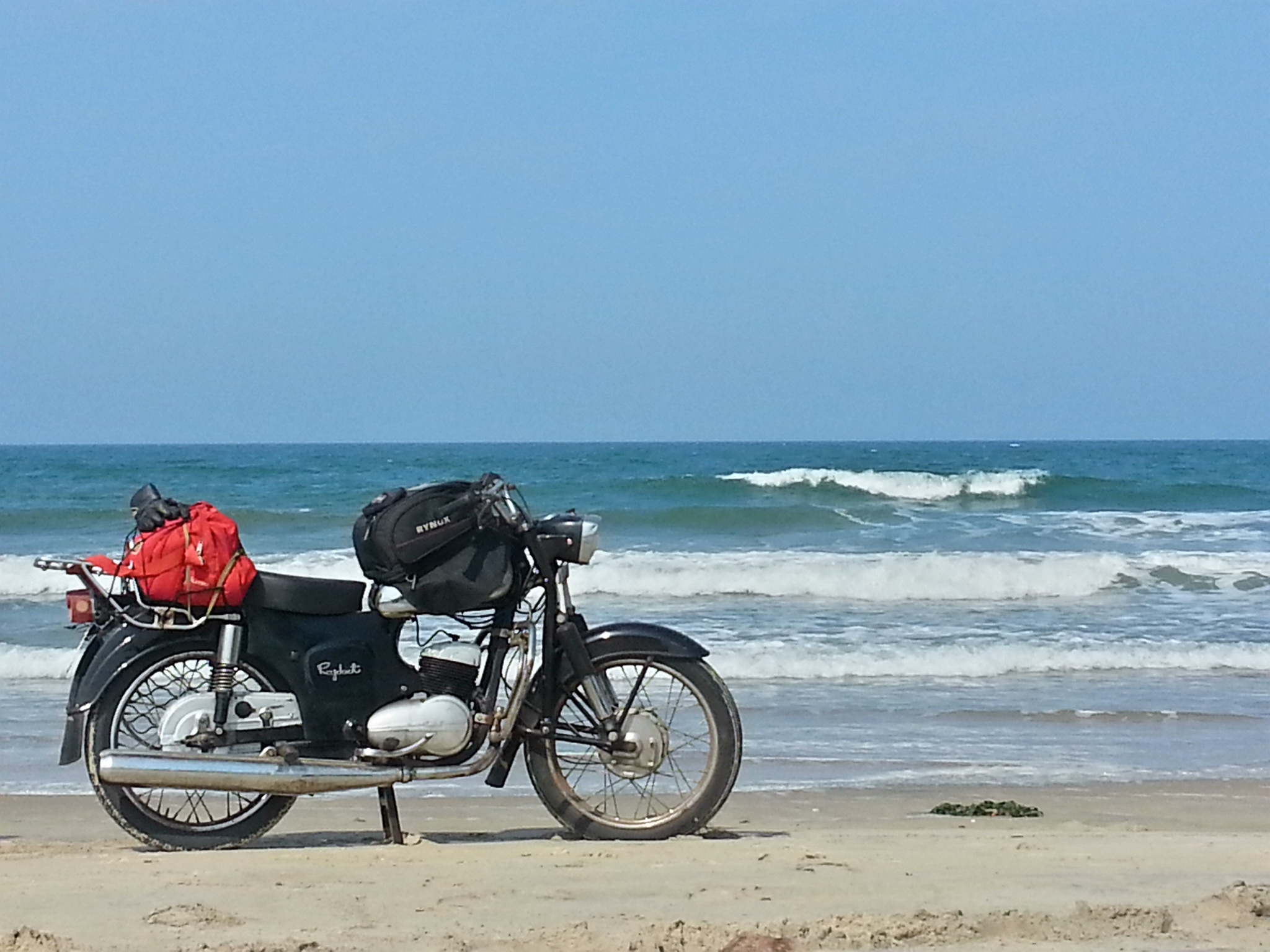 What’s the best motorcycle to go slow on? Strange question, yes. Maybe. Nonetheless, despite a general unabashed preference for maximum possible velocity, motorcycling isn’t always about blazing through life in a high-rpm tunnel-visioned blur. Rolling peacefully along the road is just as fulfilling as trying to split atoms in the wind with sheer speed; the former is the other much-underappreciated side of the motorcycling coin. Going slow is far from being dull and boring. A motorcycle in motion cannot be a stagnant experience. Any outing on two wheels is always an adventure. Slowing down is exactly that, too.

There are many motorcycles that do this well, but for me there is one that stands out for reasons I don’t quite understand yet. It’s the humble Rajdoot 175, almost a cultural symbol that has represented rural India for many a generation. Oh, and it’s the national motorcycle of milkmen, of course. The Internet will tell you all about the bike’s history, so I won’t. However, the Rajdoot and I have a bit of a history, too, a laidback one from when I used to live in South Bombay.

Left in my care for a few years, the bike was thoroughly neglected in the beginning (it’s a recurring theme with me, I must admit). However, I noticed that the passage of time didn’t have any tangible effect on the bike. Each time, it started without fail and it certainly was an occasion riding the thing. Perhaps that’s why the moments spent on that bike are still vivid in my memory. 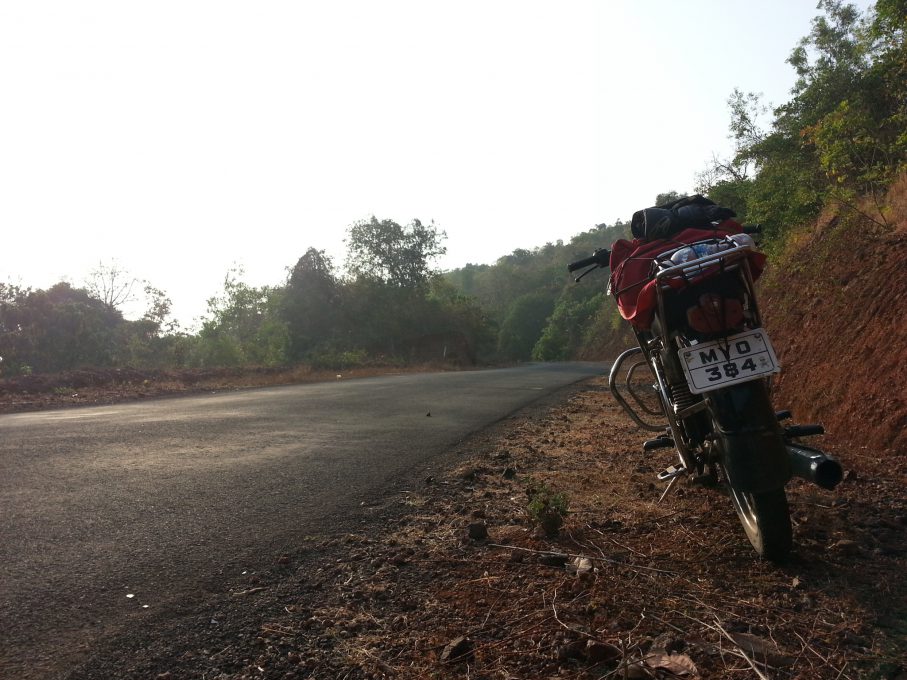 I’d ride across the British-made part of the city, admiring how the Rajdoot allowed me to soak in the environment, reinforcing the fact that the world is best seen from a motorcycle seat. It was a far cry from the powerband-induced madness that infested my Yamaha RX 135 on those very roads. With the Rajdoot, I had a motorcycle that I got on and was immediately in no hurry to go anywhere. It was the first motorcycle that offered me a real taste of the difference between transport and travel.

When I finally read Robert M Pirsig’s seminal Zen and the Art of Motorcycle Maintenance, it was the Rajdoot that sprang into my mind. I’m terrible with model years, barely managing to remember the year of my own birth, but there are three visually different models of the Rajdoot as far as I can tell. There’s the really old one with the round tank and round headlamp, another one with a squarish headlamp, and the last one with a rectangular light and a conventional telescopic fork. Of these, it’s the one in the middle that lived with me for a while, the one I fancy the most.

The bike had a rudimentary handsomeness to it, a real son-of-the-soil feel, even though it originally came to India with a Polish passport. The long and flat seat was very comfortable and the ride quality was extremely good even by modern standards. I used to look at its rear luggage carrier and dream of droning down a country road with a tent strapped to the back. It had a real go-anywhere feel to it, which we confirmed by taking a Rajdoot for one of our motorcycle Slush Fest many years ago.

Sure, the Rajdoot was completely useless when it came to things that we cherish the most on two wheels — acceleration, handling and top speed. But it was the two-wheeled incarnation of the word ‘relaxed’. Heck, it was so relaxed, it didn’t even bother with a fourth gear, making do with only three. It had an Earles fork, a eulogy for attempts at alternative front-suspension technology. It had old tyres that made sure I only rode straight and slow. And yet, I was intrigued. I still am. It takes a special motorcycle to make you appreciate the importance of slowing down. Of course I got one and continued my investigation. At a leisurely pace, of course. 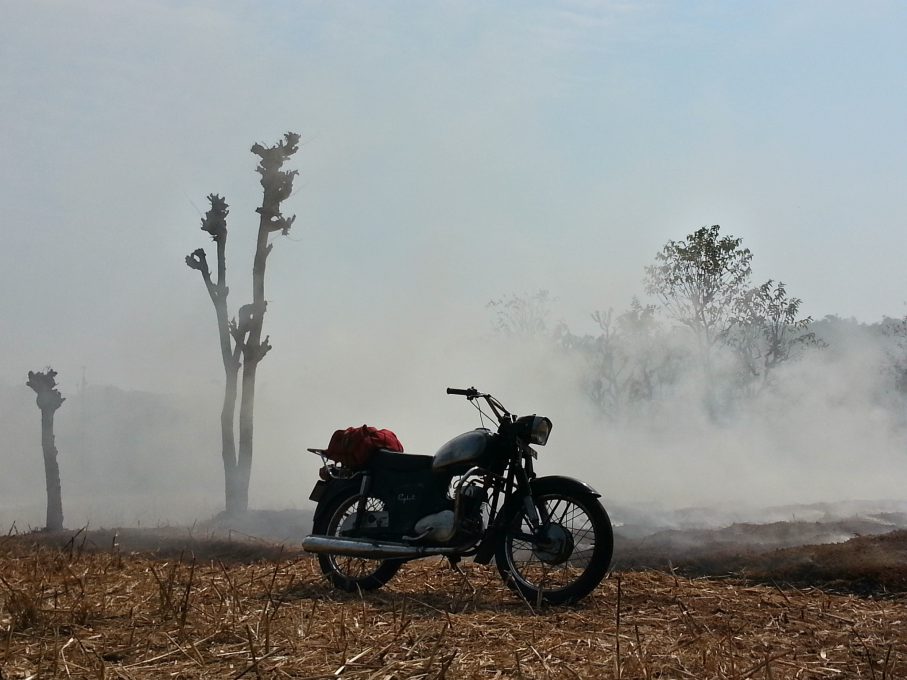 One day I found myself riding a Rajdoot from Pune to Mumbai, one that I’d paid for with my hard-earned money. That ride was, um, restrained to say the least. Three gears and decades-old technology do not suit modern roads. You’d think I’d know this already, but no such luck. What’s more, the very next day I was to leave for Goa, riding a bike that I’d known for less than 24 hours, with a Bajaj M80 and a Bajaj Priya for company. And you know what? Only the Rajdoot made it there and all the way back. The M80 was packed onto a bus due to an accident, the Priya never quite made it back home due to a preference for convenience and was parked somewhere and forgotten. The Rajdoot, however, is still alive and kicking. As slowly as you’d like.