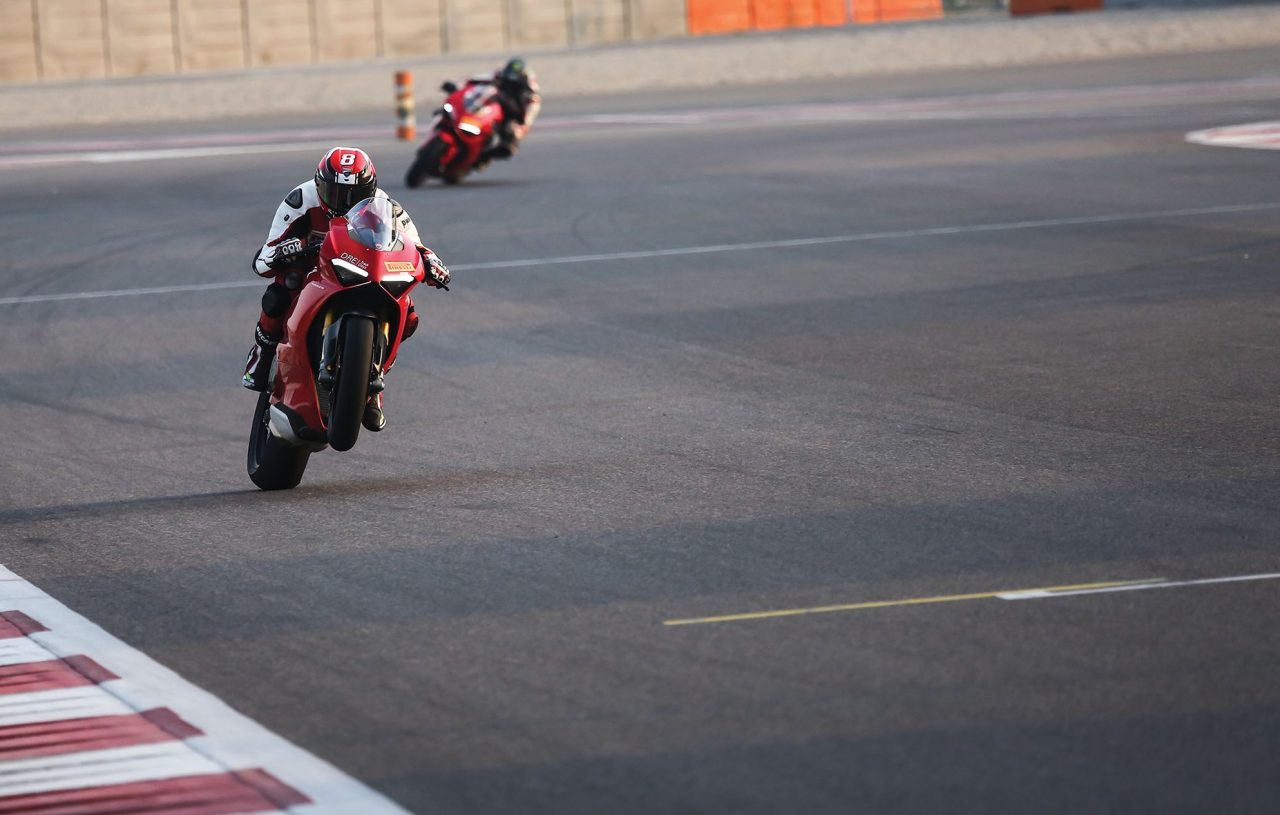 You’ve heard legends about daggers, you’ve seen videos of what they can do, you’ve even sliced a whole apple in half. But what good is said dagger if you’ve never fully experienced what its capable of? Now please, for the love of God, don’t go buy a dagger and run around stabbing people. The point I’m trying to make is that highly specialised tools need highly specialised training in how to use them. Or you could just hang your dagger on the wall and proclaim what great injustice it has brought to humanity simply because you’re just too bitter about the fact that you can’t use it.

Now Ducati’s perfectly aware that the motorcycles they make are special. They aren’t as reliable as your Far-East ponies, and they’re not as easy to ride as your fatter American ones. These Italian equestrians are motorcycles that require a special kind of skillset to properly harness just what they’re capable of. You might argue that they’re temperamental ninny-hammers that want nothing more than to bite your head off. I say step back and just absorb all that Italian beauty simply oozing out of every single model. And with the amount of racing accolades constantly piling up in Ducati’s favour, do you really think you could say you fully understand them?

So Ducati India has decided to give its customers the opportunity to let their motorcycles loose in a safe environment and come one step closer to understanding why Ducati’s have been around and been winning for this long. Ducati Riding Experience is a program that’s run by Ducati internationally to guide its customers in the proper way of riding these beasts. There’s the Off-Road days, of which we’ve already had one, and there’s the Track Days. And since this track event was the first of its kind in India, Ducati decided to pull out all the stops. Quite literally. 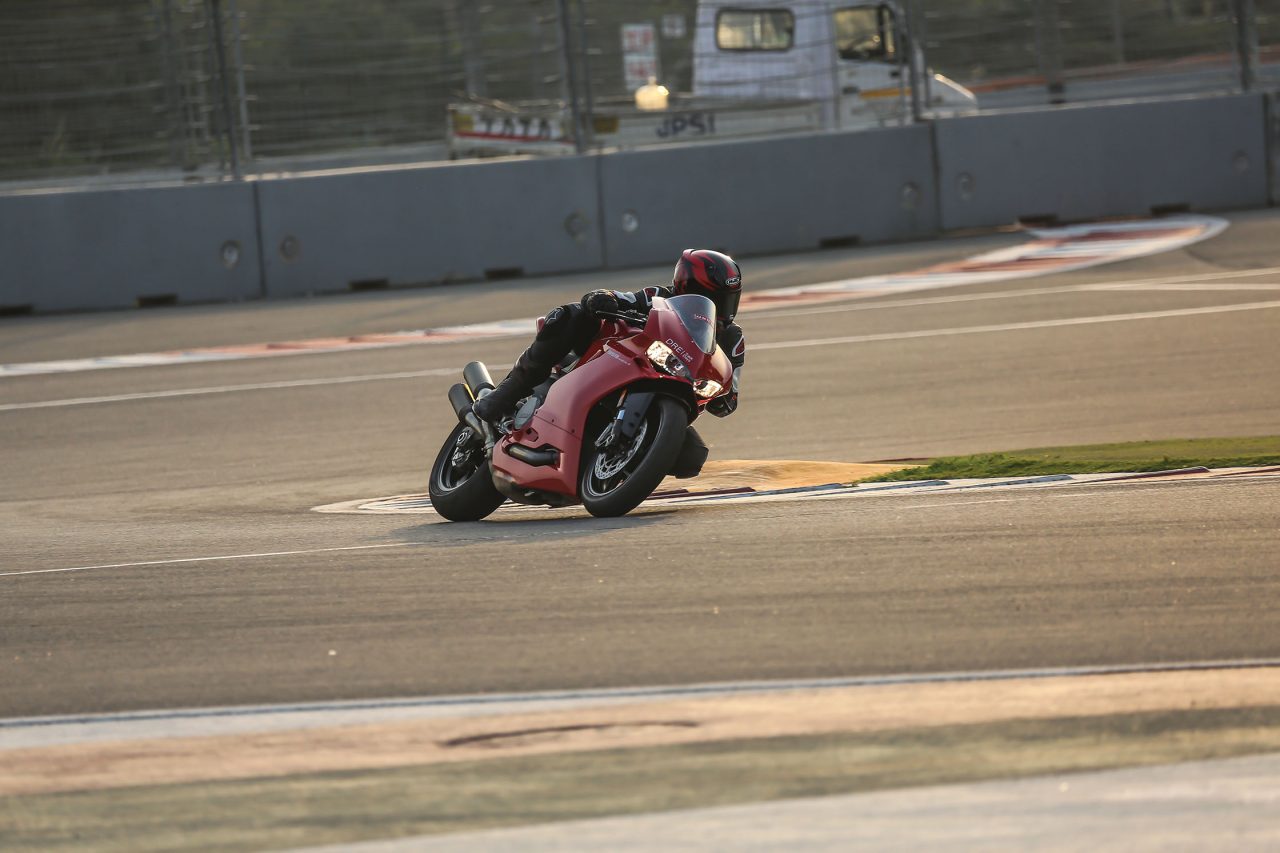 For starters, Ducati held the event at Buddh International Circuit; not only is this the quickest circuit in India, it’s also the safest place to test machines capable of crossing the 300kph mark. Ducati also happened to have a stable of SuperSports, Panigale 959s and the all new Panigale V4s to play around with. While we did ride these and experience them, we motorcycle hacks weren’t even close to experiencing the true limit of these bikes. But we did get the opportunity to let loose and scare ourselves silly. Plus, I honestly think this is the only place in the whole country where you can properly experience the proper limit of the V4. Also, this whole event was free for V4 owners (talk about perks, huh?).

And to showcase the true limit of this bike, there was none other than Alessandro Valia, the Italian legend himself. Not only was this superhuman at the core of developing the V4 into the beast that it is, he’s also one of the few humans on this planet that can properly harness the potential of this machine. Proved even more so by the fact that he absolutely obliterated the stock litre-bike track record at BIC. What originally stood at 1:59 seconds now defies logic at a mind-bending 1:56.3 seconds. 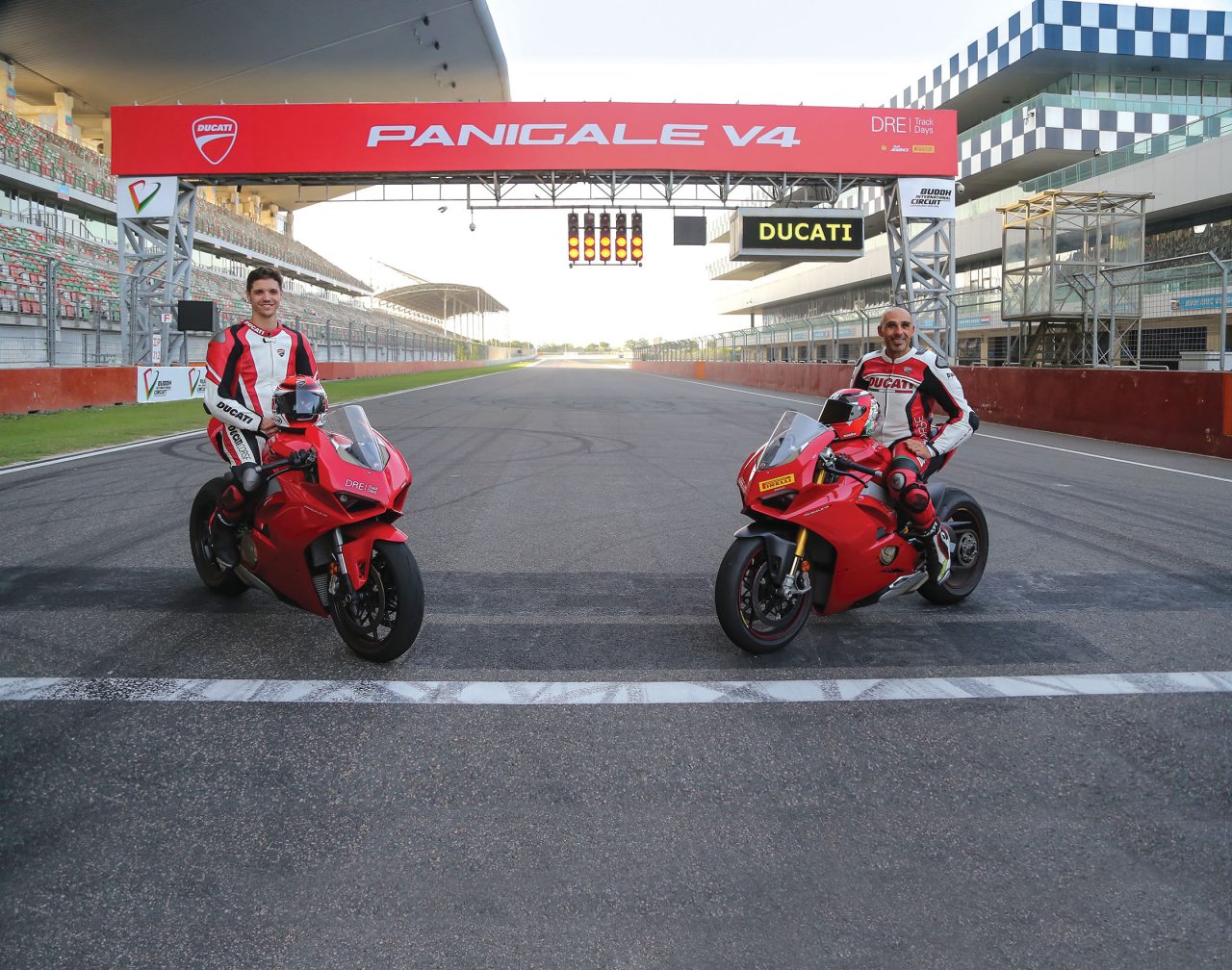 To say Ducati kicked off its DRE Trackdays with a bang would be a properly inadequate way of describing it. But to see the kind of enthusiasm from customers and Ducati itself is a sign for the better. For the betterment  of motorcycles, and truly understanding and appreciating them in India,  finally, Cheerio.