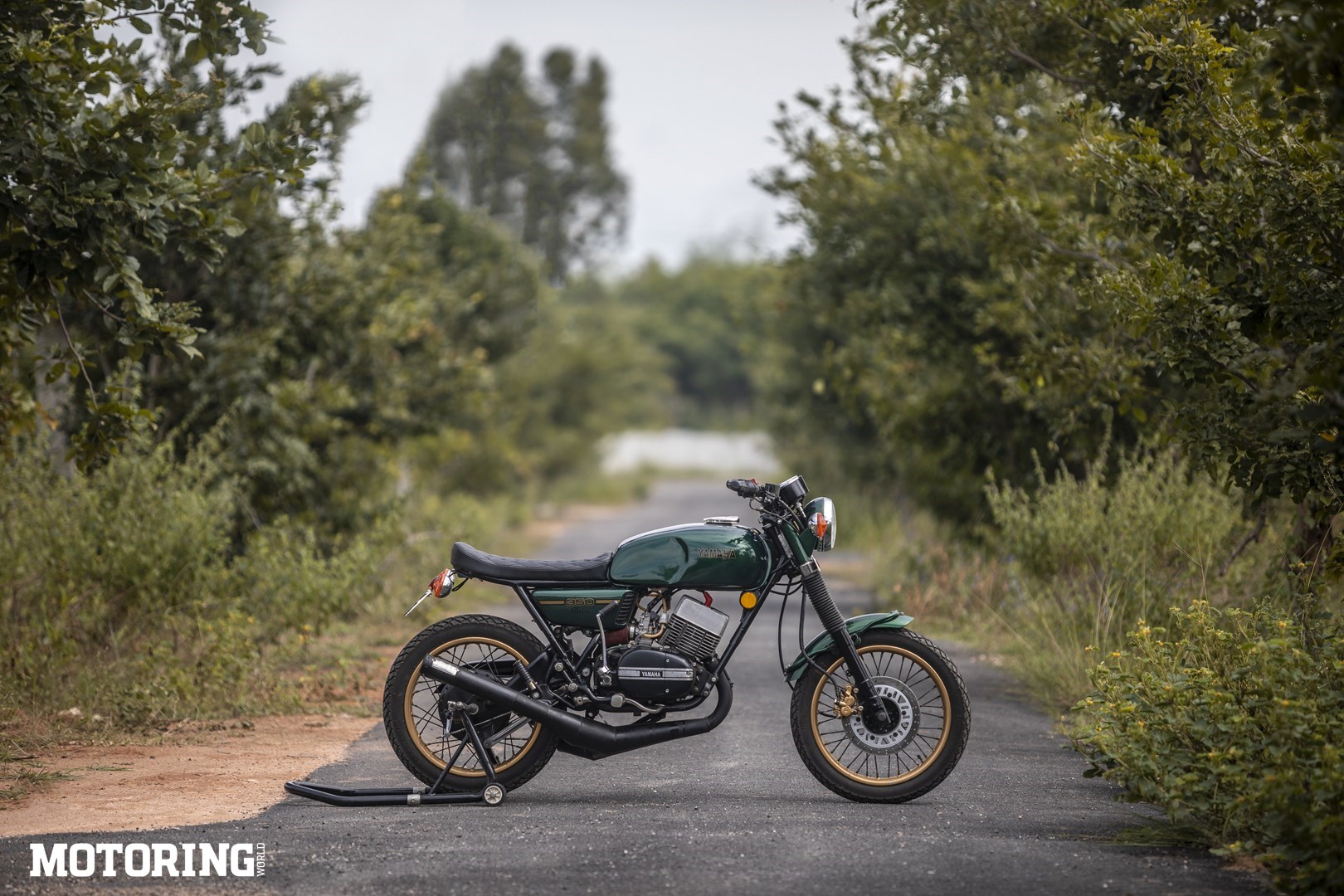 Human beings are magnificently ingenious creatures. Some of us invent ways of blowing each other up, some acquire meaningless acronymical qualifications and proceed to rob others blind, while still others plot and plan to rule over everybody else. Far away from these questionable applications of human intelligence, though, there exists a breed that creates mechanical entities fuelled by creativity, insight and inspiration. They are called custom motorcycle builders.

Most Indian motorcyclists were inspired by shows like Orange County Choppers and Biker Build Off that aired on the Discovery Channel. Maybe that explains the dominant fetish for cruiser-based customs in our country. It’s why ‘My single-seater bike is 12 feet long’ has more brag value than ‘My bike goes around corners a lot better than it used to’. But then again, even if we’re an easily-led lot, things are changing.

A long time ago, I decided to turn my much-abused Honda Unicorn into a street tracker. Downloading instructional PDFs, complete with those diagrams with dotted lines, from the internet convinced me I could do it, so off I went to the hardware store to get metal sheets that’d make up the flat-tracker tail and tank, and the rubber mallet that’d transform my imagination into a perfectly sculpted metallic work of art. However, all aspirations of becoming a master craftsman were left in tatters just a minute into hammering the metal sheets. All I’d managed were a few mangled dimples between the neat lines I’d drawn on bare metal. That day, I discovered that DIY can also mean Destroy It Yourself.

Even though the world of custom motorcycles was spared from my non-existent talents, the thought of taking a motorcycle and making it into something better has never deserted me. It’s also the reason why custom motorcycles form a large part of my Google searches and chronic daydreams; it’s usually one that leads to the other.

There are many things I admire about good custom motorcycle builders. ‘Well, they’re just glorified mechanics,’ some people say. And to them I say, being a mechanic is glorious indeed. Their ability to perceive and project the same metal in endless ways is a harmony of science and art. They get liberal with the art of motorcycling, applying more aesthetic sense than is possible in the spectrum of mass production. It’s a vision they follow, the outcome already leaning on a side stand or propped up on a racing stand in their minds even before they’ve touched a spanner.

A mechanic’s hand has the same magic that a painter’s or sculptor’s does. But it’s unlikely that you’ll see a Mona Lisa or a David hitting 100 kph around a corner. It’s not just aesthetics that a motorcycle builder has to contemplate, he/she also has to meditate over the dynamic behaviour of an inherently unstable machine. There are many tools builders can use, but instinct and feel are probably the most important ones. There seems to be no way to measure what is ‘just right’. And that’s probably why builders who ride a lot themselves are the ones who make the best bikes.

They use materials and then reuse them, and that’s a good way of keeping the world clean, even though their greasy garages look like several motorcycles exploded inside them at once. Some of them make design statements, some others make machines that provide functional thrills. A lot of them get it wrong, but increasingly I see many who get it very right indeed. It’s not profit they seek, but satisfaction. They do have to make a living out of it, but most of them are not out to make the quickest buck possible. After all, turning the mundane into the extraordinary is nothing short of magic. And they’re probably the ones most spellbound by it.