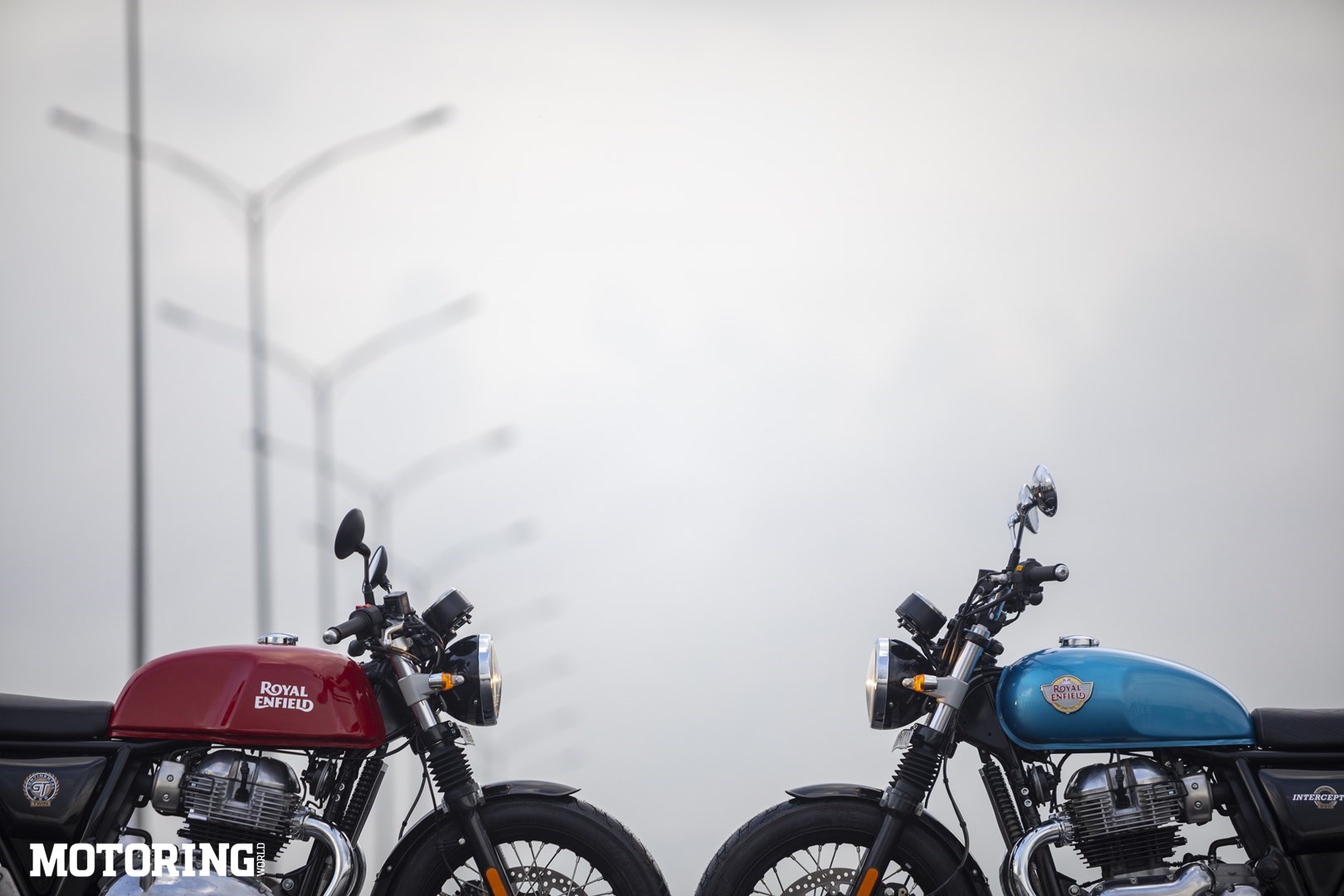 The blue pill or the red pill? The blue one’s the Interceptor 650, a classic British roadster for the twisty back roads, highways and the urban jungle. Meanwhile, the red one is the Continental GT 650, a re-imagined cultural icon, harking back to the café racing vibe with a strong expression of style. You are probably left to choose one, but I say, why not have both instead? I’d probably do that if I could because although both are almost identical, they’re also unique in their individual senses.

The 650 twins here are the 2021 editions from Royal Enfield, and besides improvements to run, handle and feel better than before, they’ve received revamped colour palettes, too. And do they look good or what?! The colour on the Interceptor is called Ventura Blue, which adds a dash of coolness to the motorcycle’s look. I would have liked to have the buffed-aluminium finish for the rims, but the blacked-out treatment adds a sense of sportiness to it, which isn’t bad, either. And if you are looking for nothing but outright sportiness, there is probably nothing better than the Continental GT in Rocker Red! The first thing that hits you is how close it resembles the older Continental GT 535. But this one surpassed even that with those offset racing stripes. The bike looks so good, you want to drool all over it and ride it hard at the same time.

Everyone especially agrees on the latter, owing to the sheer riding pleasure that these motorcycles introduced Indian motorcyclists to. The main highlight is the 648cc parallel-twin, the crown jewel of the entire experience. Right from how butter smooth it is to how eager it feels on the throttle to how its sounds exit from the chrome exhausts, there’s poetry in every bit of it. But there’s always scope for improvement even in a perfectly running machine. For the 650 twins, the BS4 versions had a flat spot, very negligible, in the mid-range. It was something that wasn’t present on all bikes, but if it was, it was noticeable. That flat spot has been removed with the BS6 update, which means the engine hits the right notes across its rev range like a trained opera singer.

The other thing that I am extremely glad to highlight are the new tyres. When the 650 twins were introduced, they came with Pirelli Phantom Sportcomps which, apart from their classic tread design, weren’t all that great, in most people’s opinions, including mine; their grip never felt reassuring enough to put trust in them. And while it not only added to braking distances, they felt disconnected from the road when riding in the rain. Thankfully, I am happy to report that Royal Enfield now offers CEATs which, although do have a fair bit of tyre noise, do a great job of connecting the rider to the road. 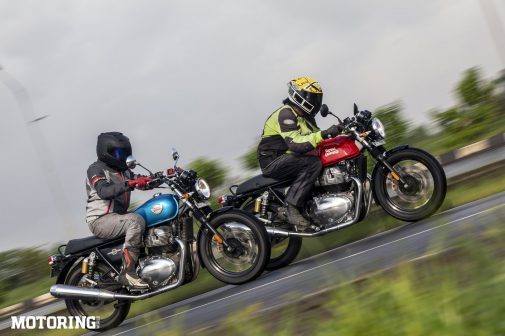 In conclusion, Royal Enfield has managed to improve the 650 twins, motorcycles that were already fantastic to ride, retaining their character and performance, despite the compliance to stringent emission norms. And yes, sometimes opting for both is better than settling for just one. Especially when they’re motorcycles as great as these two twins. 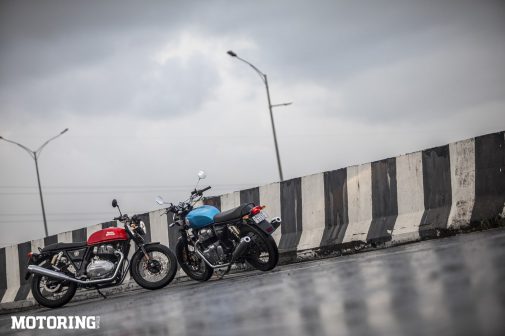